Drawing on his medical-student days, Richard Charkin examines some of the ‘vestigial’ traditions in international book publishing. 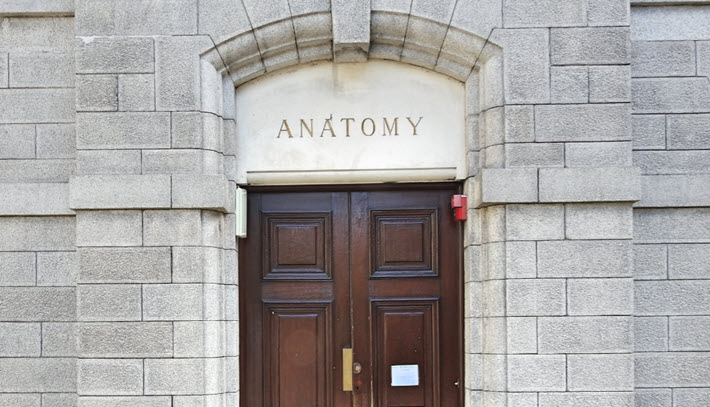 ‘Because We’ve Always Done It That Way’

Anyone of my generation from a recently naturalized family such as mine—who showed any talent for passing exams—was obliged at an early age to study for law or medicine. 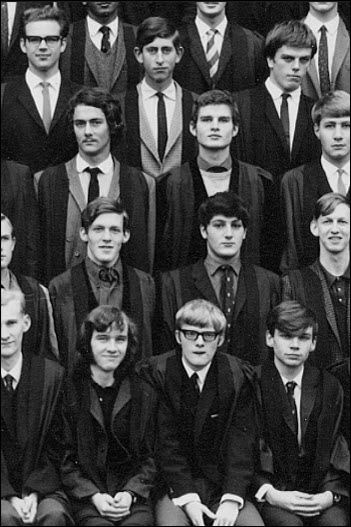 Despite my almost total inability to dissect even an earthworm let alone a dogfish or a rabbit, I was encouraged to follow the medical route. Dr. Charkin sounded pretty good to my parents. As a result, in autumn 1967, I enrolled at the pre-clinical school at Cambridge University.

Unfortunately—or fortunately for future patients—my dissection incompetence, combined with a phobia of studying dead humans preserved in formalin, led to my giving up on anatomy in very short time and thus ended my formal medical education.

One thing that stuck with me is the role or otherwise of “vestigial organs,” such as the appendix, tonsils, wisdom teeth, body hair, coccyx, and a few others. Of course, earlier in the evolutionary tree, these organs probably fulfilled a purpose and indeed the development of a human embryo reflects our Darwinian history.

While most of these organs do little good, they also do little harm unless they become infected.

It seems to me that in book publishing, there are quite a few similarly vestigial activities that once served a purpose, are no longer as relevant, and remain in place.

‘Our Processes and Systems’

What, if any, “vestigial organs” are present in today’s publishing ecosystem? Publishing is a complex business and some vestiges might still be useful in certain countries and certain markets but not in others.

Surely rational businesses would eliminate unnecessary activities even if they don’t do too much harm. Let’s address a few possible examples. Please allow me to generalize in the interest of brevity.

Jackets for hardback books used to be called “dust jackets” and were there to protect the book itself from damage. The jacket also became a medium for promoting the book by its design and “eye-catchingness.” There’s nothing intrinsically wrong with a book having a jacket, but why when printing and binding technology has advanced so much do we bother? It’s an extra process. It costs money and time. It risks being damaged in transit and many people simply remove it.

For many of the books I publish at Mensch Publishing, I’ve dispensed with a jacket and we simply print the cover image on the hardback boards. It works fine. 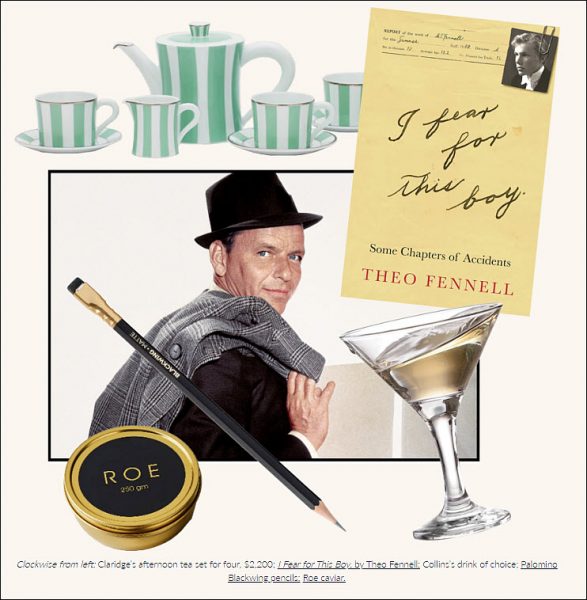 Richard Charkin’s reference here is to a piece in the June 18 newsletter from ‘Air Mail.’ It features ‘key components of the good life’ from Joan Collins. Included on the list is the cover of author Theo Fennell’s ‘I Fear for This Boy,’ one of Charkin’s Mensch Publishing books produced without a dust jacket. ‘Joan’s Essentials’ image: Used by permission of ‘Air Mail,’ Julia Vitale

One of my jacketless hardbacks is even one of Joan Collins’ “essentials” along with caviar and Frank Sinatra. [See the graphic to the right.]

And while we’re on jackets and covers, why do we print the price on them? Few other consumer products carry a price. Why are books so different?

Not least, in the Anglophone world the price printed bears little resemblance to the price being paid. We have no retail price maintenance and we sell the books into countries where the original currency means very little and where booksellers frequently mark up the price to cover local taxes or freight. Once upon a time there might have been a reason, but now?

Another activity which bears some scrutiny is indexing. For some books an index can be vital, and a good indexer is worth his or her weight in gold. But for the vast majority of general nonfiction books, there’s little, if any, need.

If someone really wants to search to find all mentions of a particular person or event it takes about a nanosecond to achieve this in the ebook edition. Indexing, particularly good indexing, costs a lot, slows down publication—as it cannot be done until the book is in page proof—and rarely adds value. I haven’t included an index in any Mensch titles and no  one has noticed or complained.

I’ve just turned down an excellent proposal in which the author’s agent was offering “UK/Commonwealth rights excluding Canada.” What on Earth is that about?

The Commonwealth is a fading organization–regrettably, in my view–and if it does exist, then Canada is still a part of it. And what happens to those many countries that are neither in the Commonwealth nor in the United States or Canada?

Given the global nature of the bulk of publishing, both general and academic, why don’t we stop pretending that these territorial rights have any real meaning and authors would be better served by one publishing group handling the book on an exclusive basis throughout world.

Another vestige: What is the magic of a publication date–usually in the United Kingdom a Thursday to coincide with the publication of the Times Literary Supplement, which rarely reviews on publication? And let’s be honest, the TLS doesn’t shift many copies, anyway.

In most cases the UK publication date bears little resemblance to the release date in other countries, which diminishes the impact of any publicity, much of which, particularly in social media, is international.

Thinking of publicity, why do we spend significant amounts of money on proofs, sometimes called galleys, to send to reviewers when a PDF of the final version would be quicker, more sustainable, and equally good for the purpose of review? The only downside is that the reviewer would find it hard to sell a PDF on eBay to supplement their paltry fees. On the other hand, the reviewer might arguably be able to do a better job, as the PDF is searchable and that reviewer could find some interesting nuggets from an intelligent search.

I could go on and on.

Why are academic monographs ever published in print? Why do copyright libraries want to have every edition of every book (paperback, hardback, audio, etc.)? Why do we have parties at the launch of a book rather than wait until later to celebrate (or otherwise) its success? What‘s the point of sales conferences? And field sales reps? And royalties based on the published price? And cover meetings? Enough.

The point is that we continue to do things because we’ve always done them that way. Can we all please look again at our processes and systems to ensure they’re not merely vestigial, and in the process go some way toward reducing our carbon and hot-air footprints?