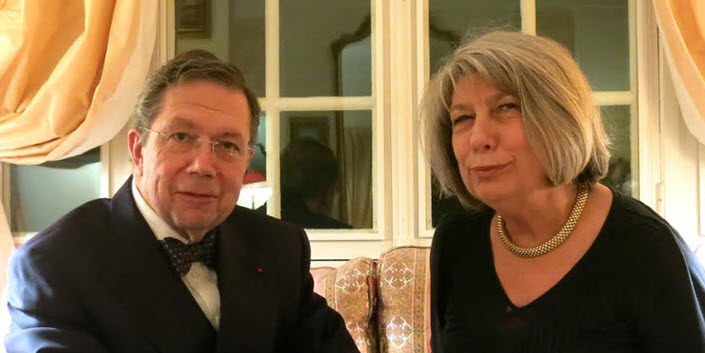 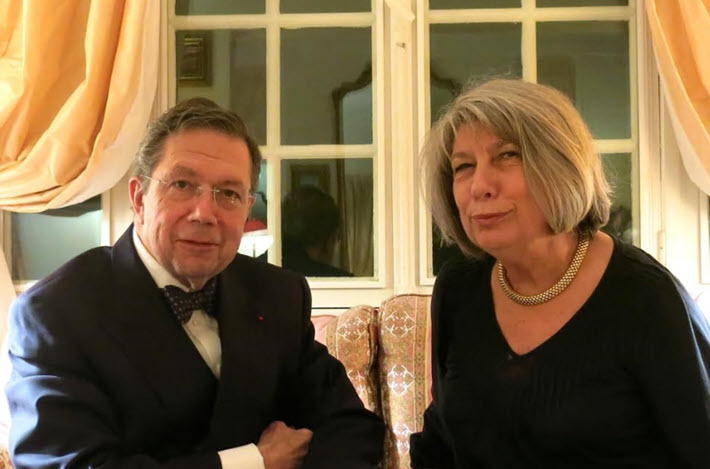 See also: International Publishing Offers Tributes to the Late Alain Gründ and Looking Back on an Iconic Publishing Career

On France’s national holiday Thursday, July 14th, an esteemed member of the country’s book industry slipped away. Alain Gründ, who had been battling Parkinson’s disease for 15 years, died with COVID-19, his wife Monique Souchon-Gründ told Publishing Perspectives. He was 83.

Despite being restricted by Parkinson’s, Gründ who had been an active member of the industry for 60 years, attended Frankfurter Buchmesse in 2018, resigning from the trade show’s advisory board after a 13-year stretch.

At the time, as he told Publishing Perspectives then, he said he was looking forward to playing the piano (jazz) and reading history books. Before the advent of the coronavirus pandemic, he also commuted into Paris from his home in Louveciennes with Monique to work in the office they kept on rue Mazarine, in the Saint-Germain-des-Prés area. That’s the district in which the original Éditions Gründ was founded by his grandfather in 1894. Éditions Gründ was sold to Editis in 2007.

Alain Gründ had grown up visiting printing presses and publishing houses and attended his first Frankfurter Buchmesse in 1958 with his father. He would later say that he hadn’t thought about going into the family business. He attended the Wharton School and when he returned to France was sent to Algeria for military service just at the end of the Algerian war for independence.

In 1963, however, at age 24, he took over the reins of Éditions Gründ which was on the verge of bankruptcy. His father Michel, who was interested in the creative and editorial side, lacked a knack for business. It took Gründ 10 years to turn around the business, and in the 1970s the house was immensely successful with its co-editions of art and children’s books with Paul Hamlyn and Artia, a state-owned Czech publishing house known for its talented illustrators.

Monique Souchon joined Éditions Gründ in 1981, contributing to its success with the publication of French editions of Où est Charlie? (Where’s Waldo?).

Ten years later, following the dissolution of Czechoslovakia, Monique and Alain Gründ opened their own children’s publishing company in Prague called Brio to showcase Czech illustrators. They sold Brio to Slovart, and the imprint exists today. 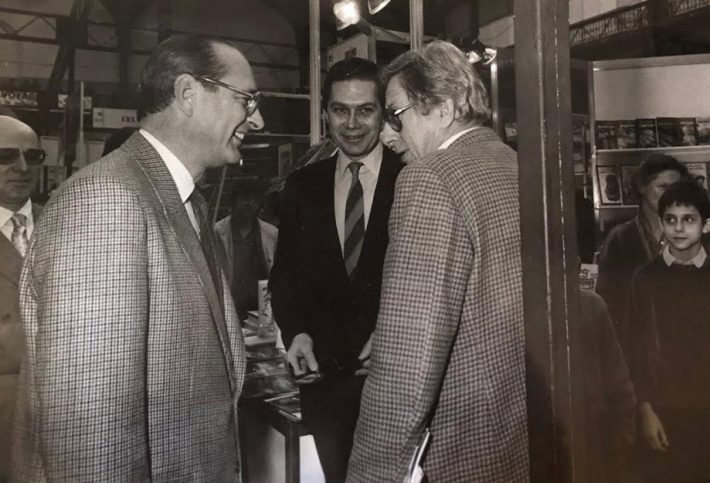 “Alain was very French and at the same time he was always thinking internationally and thinking about Europe,” Monique said. “When he was fighting for ratification of the fixed book price in France, he used to joke that he was the sales representative for it. He’d travel around and lobby for other countries to adopt the fixed book price.”

In recent years, Monique said, there were three people Gründ would talk to her about—Frankfurt’s Juergen Boos; Benoît Müller, of the World Intellectual Property Organization (WIPO); and Jean-Guy Boin, a former director of the BIEF.

“Even when he was feeling very tired these last years,” Monique said, “when Jean-Guy would come to visit him and talk to him about books and the book industry, he’d perk up.” 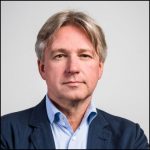 And in a statement to Publishing Perspectives, Boos said, “Alain Gründ, besides being an eminent publisher, was instrumental in developing French-German cultural relations. As a member of the Frankfurter Buchmesse advisory board, he helped grow our international relevance.

“But for me, above all, he and his wife Monique became close friends, so I’m going to miss him very much.”

Gründ was a great believer in transmitting knowledge and having people meet and collaborate, Monique said. When he headed the BIEF, he organized small meetings between European and French publishers. In the morning, everyone would get to know one other in meetings, and during the afternoon, rights sales were held, resulting in mutual respect, trust, and sales.

“He felt very positive about the book industry,” Monique said, recalling how in 2010, people talked about the death of print in favor of digital books.

“At the time,” she said,” Alain smiled and said, ‘Let’s not forget one thing. Books never break down.’”

Gründ wasn’t interested in himself but in the profession, Monique said, an industry he surveyed over the long term.

She said she’d never seen anyone work so hard. The couple’s mantra was Confucius’ line, “If you love what you do, it will never be a job.” 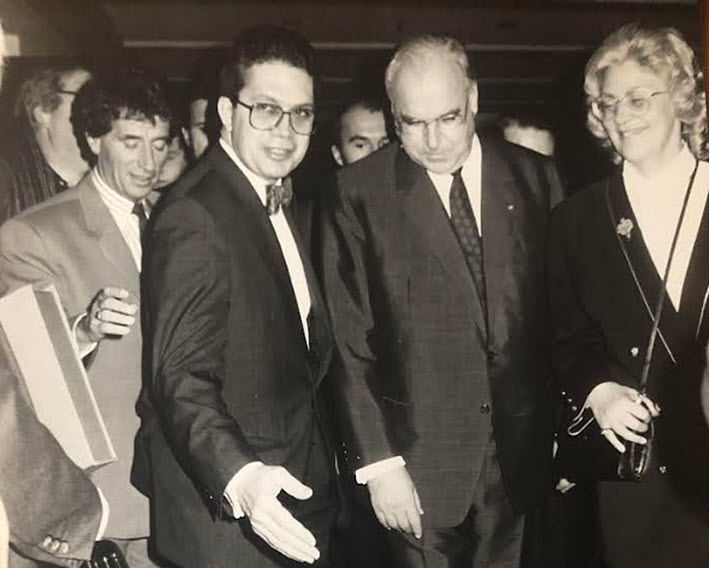