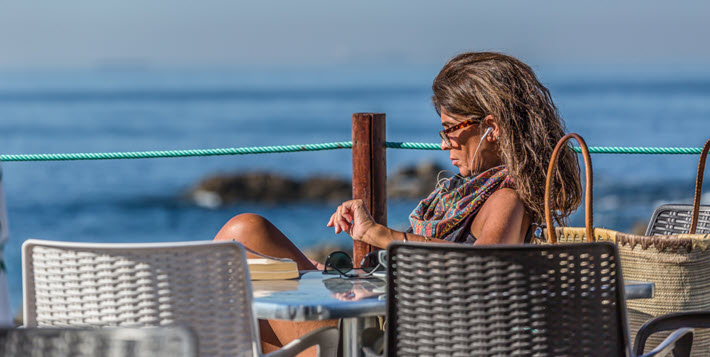 The American market, in NPD’s report, ‘maintained its strength in June, adding 1.8 million print units over the previous five weeks.’ 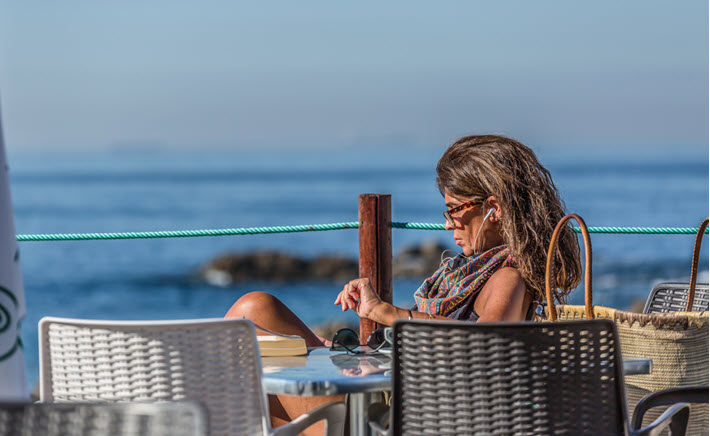 A handy coincidence has provided us with both this NPD BookScan update for June 2022 from Kristen McLean and the Association of American Publishers‘ (AAP) StatShot report for April, both for today’s edition.

There are substantial distinctions in how these market-performance tracking programs operate. NPD reports to us only on the print marketplace, while StatShot reports on a range of formats and sectors. The StatShot data is provided for a month at a time by publishers, while NPD uses point-of-sale data from major retailers, independent bookstores, and other sources for weekly updates. The two systems work in different time frames, too, StatShot having today reported its results from April while NPD’s report is based on the week ending July 2.

Nevertheless, it’s possible to look at both gauges for comparative insights into the United States’ big market, and June, of course, has ushered in that

McLean, NPD Books’ executive director and industry analyst, today is emphasizing strength in adult fiction, in what she sees as a steady market at the end of June. She writes, “Despite significant economic headwinds and rising costs for key categories like housing, food, and gasoline, the US book market maintained its … strength in June, adding 1.8 million print units over the previous five weeks.

“As a result, the market finished June steady at 7 percent lower for the year-to-date on a print unit basis, which is where it has been sitting for the last six weeks. Weekly volumes and purchase patterns are following those of 2020/2021 closely, which was a question mark, particularly in mid-June when, prior to the pandemic, book sales historically softened heading into July.

“In terms of what’s keeping sales aloft, fiction remains the biggest story of 2022. Adult fiction has taken 1.5 percent in overall share from adult nonfiction this year, and it was responsible for two-thirds of the unit gains this month.”

As McLean reminds us, at the beginning of last month, there were concerns about whether June’s market could continue to follow those 2020/2021 volumes or fall back to “deeper summer declines more reflective of 2019.” 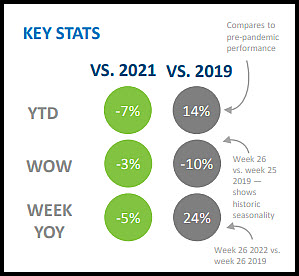 As it has turned out, she reports, June followed the more elevated purchasing patterns the market has seen in the third year of the still-ongoing coronavirus COVID-19 pandemic. And that’s yielded a net effect “of holding year-to-date unit performance steady at -7 percent for the last six weeks.”

In June, she points out, the deficit with 2021 expanded by 5 million units, but the surplus over 2019’s performance increased by 7 million.

In terms of bestsellers in print in the June US market, NPD sees the Top 10 all in fiction and ruled by author Colleen Hoover, who has four of the 10 titles (released between 2014 and 2022, the newest being Reminders of Him from Amazon Publishing’s Brilliance imprint), as well as Hachette’s “summer beach read queen” Elin Hilderbrand, with her 28th, is it, book set on Nantucket and titled, yes, The Hotel Nantucket.

There’s also Random House’s John Grisham, the one male author on the list, interestingly enough, with Sparring Partners. And the Penguin Group’s much-loved Crawdads are singing again–and at No. 1. That’s Delia Owens’ debut Where the Crawdads Sing in a new tie-in edition: the film, directed by Olivia Newman, releases on Friday (July 15), complete with its own song from Taylor Swift, “Carolina.” 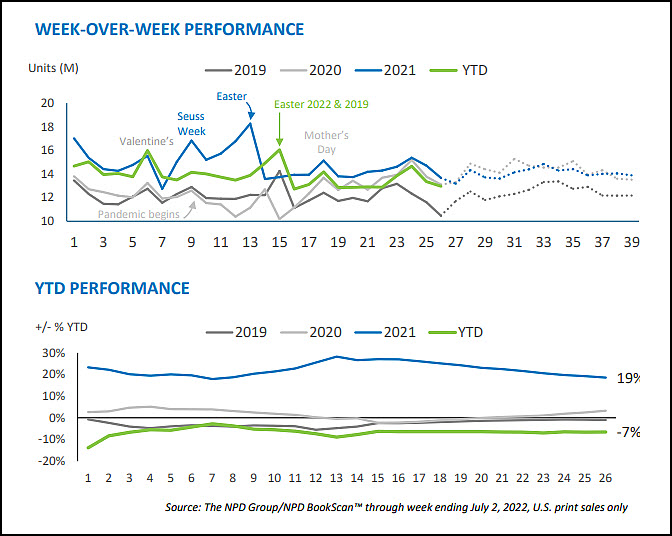