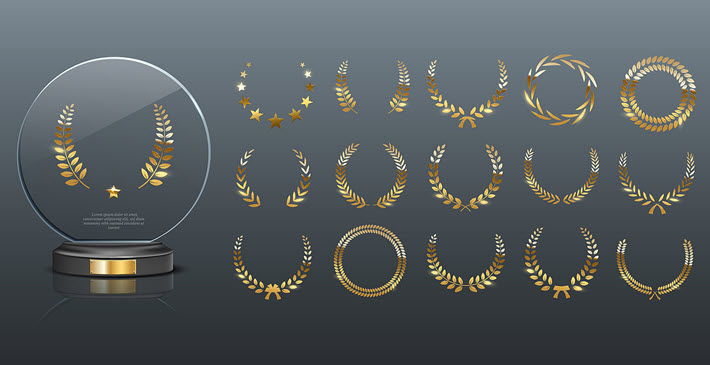 Looking at how industry professionals see the dynamics and value of book awards, Nielsen opens a new 10-minute survey.

In England, Nielsen BookData‘s offices in Woking have announced today (July 18) that it’s opening the third edition of an industry-wide survey to investigate the international book-award scene and perceptions of it. The survey can be accessed here.

The survey is supported by Frankfurter Buchmesse (October 19 to 23), Publishing Perspectives, and London Book Fair. It has been commissioned by an international book prize to help the industry understand which literary prizes make an impact, what factors help them make the most impact, and how they can become more effective.

Spanning the still-ongoing coronavirus COVID-19 pandemic era, the survey has been repeated annually since 2020.

Nielsen and its partners invite those working in book business sectors—including publishing, bookselling, writing, media, academic/scholarly publishing, and literary agencies—to engage with a questionnaire that should take fewer than 10 minutes to complete.

Findings from the 2021 edition of the survey, which had almost 1,000 respondents, established that the Booker Prize for Fiction remains the most important book prize to international audiences overall. What is commonly referred to as “the Booker,” of course, is actually just one of two accolades produced by the Booker Foundation, the other being the International Booker Prize, evenly awarded to authors and

The domestic impact of awards has been flagged as increasingly important to writers, while sales remained the most important factor for publishers in submitting books, the “golden sticker effect,” a reference to prize stickers on book jackets at retail points.

In our recent story on the Booker’s new ‘Book Club Challenge,’ we reported on the sales seen in the United Kingdom immediately following Damon Galgut‘s win of the 2021 Booker Prize for Fiction for The Promise (UK Penguin Random House/Chatto & Windus, and United States, Europa Editions).

Among a range of issues, the designers of the 2022 survey want to identify how interests in digitization, diversity and inclusion, a prize’s profile, and promotional tools are changing in the book trade.

Each respondent is to receive a copy of the findings and responses are welcome until Monday 15 August.

A donation of an unspecified amount to BookAid International, the UK-based book-donation and library-support charity, is to be made for every survey questionnaire completed.

Again, that link to access the survey is here. You’ll have a chance to choose from four languages–English, Arabic, French, and German–in which to take the survey.

This is Publishing Perspectives’ 130th awards-related report in the 133 publication days since our 2022 operations began on January 3.