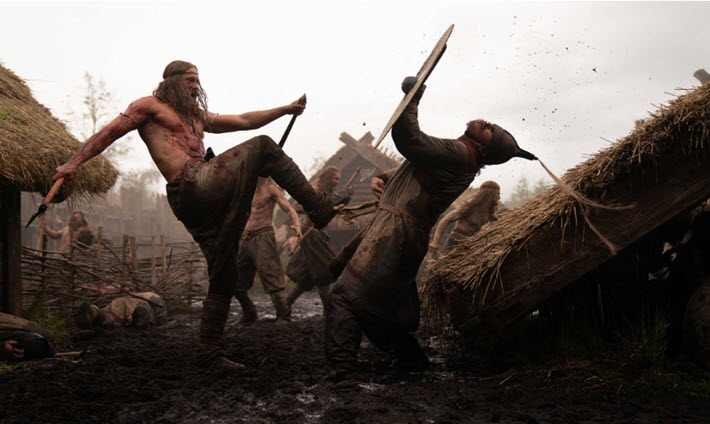 Imagery from Insight Editions’ ‘The Northman: A Call to the Gods,’ a tie-in with Robert Eggers’ film from New Regency. The book releases September 6 in a US$70 hardcover edition. Image: Insight Editions

Yariv Milchan: ‘A Next Logical Step in Our Evolution’

As June came to an end, a new film, television, and books partnership was announced–just as other news rolled over it, of course, a pattern of clustered news stories that seems to be heavily a part of this summer’s news cycle.

This is a type of project we may see more of, as the world book industry looks for ways to hold its own amid the torrent of surrounding, competitive entertainment moving in largely the same channels that publishing’s content uses.

New Regency, the production company created by Arnon Milchan and led by Yariv Milchan, has more than 140 films and 50 television series to its name and is partnering with the specialty publisher Insight Editions to create a series of tie-ins based on film and television productions.

The books are to be developed as large-format art books and collectibles, not the kind of paperback tie-in you might think of for the 15th film in a space-opera series. In addition, these volumes are to include never-before-seen imagery and information about the making of the productions from some of the best-known titles in the New Regency canon.

Among the first scheduled releases are books based on The Northman, Fight Club, Heat, The Revenant, and the upcoming Amsterdam, written and directed by David O. Russell with a cast including Christian Bale, Rami Malek, Robert De Niro, and Timothy Olyphant.

In a prepared comment, Yariv Milchan, who is New Regency’s chair and CEO, is quoted, saying, “I’m extremely proud of our library of critically acclaimed films and New Regency Publishing is a next logical step in our evolution. 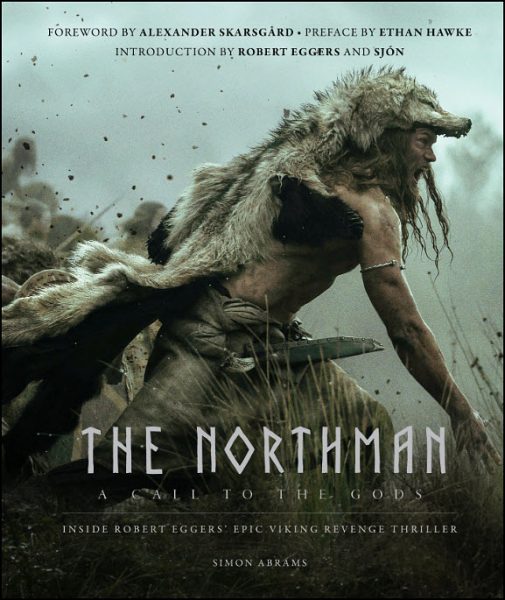 Cover art for the new ‘The Northman: A Call to the Gods’ tie-in from Insight Editions

“It’s exciting to partner with Raoul Goff and the exceptional team at Insight Editions who will help us share these stories using their fantastic platform that provides fans additional ways to experience incredible storytelling through visually stunning images and behind-the-scenes information.”

Goff, the founding CEO of Insight Editions, says that his company is known “for creating beautiful books that showcase and celebrate the creativity, passion, and talent of groundbreaking Hollywood filmmakers.

“Our partnership with New Regency is an incredible and unique opportunity to tell the stories behind acclaimed and iconic films in books that fans will treasure.”

Insight says it “holds more licenses than any other book publisher in the world”—one of those admirable descriptives that’s always hard to fact-check. But it’s easy to see how adept the publisher is at generating licensed products from something like its Downton Abbey series of titles including a cookbook, a Christmas cookbook, a cookbook-and-apron set, a cookbook collection, an afternoon tea cookbook, an afternoon tea cookbook gift set, Mrs. Patmore’s Recipe Journal, and–maybe needed more than anything else by the rest of us–an official cocktail book.

The Northman: A Call to the Gods is set to release on September 6 from Insight, and as a guide to the kind of production is involved, the book is 9.24 inches by 11 inches in hardcover, 160 pages, and selling at US$70. The book is written by Simon Abrams and features exclusive photography of Robert Eggers’ cast including Alexander Skarsgård, Nicole Kidman, Ethan Hawke, Anya Taylor-Joy, Willem Dafoe, and Björk.

And more key productions from New Regency include Deep Water with Ben Affleck and Ana de Armas, as well as 12 Years a Slave (2014) and Birdman (2015) as well as Bohemian Rhapsody.