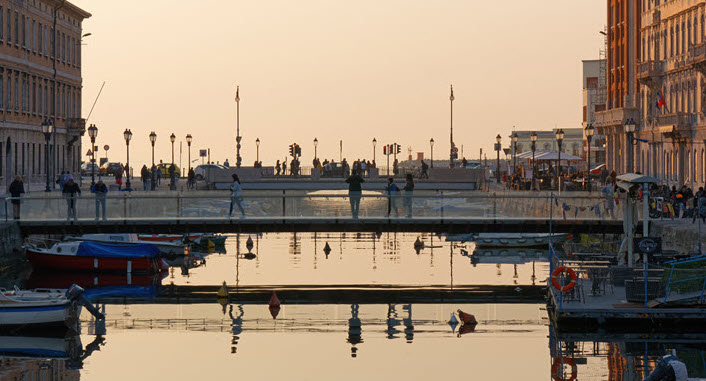 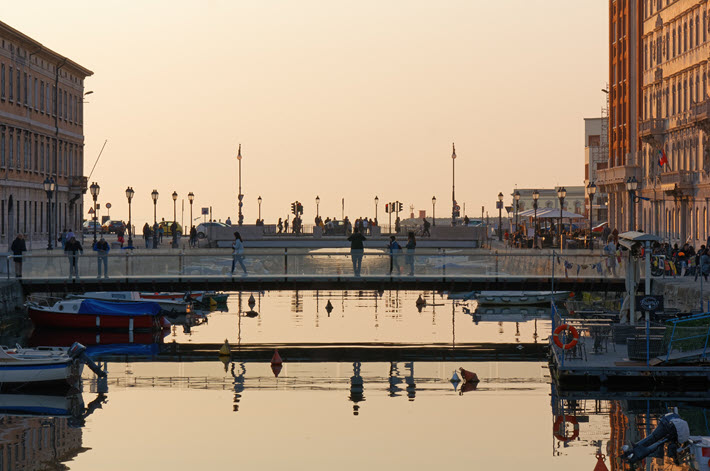 ‘The Economic Situation is Difficult’ 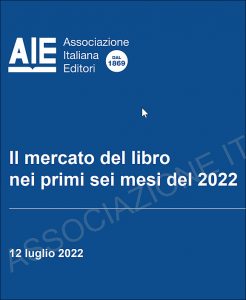 Today’s (July 12) report from the Association of Italian Publishers (Associazione Italiana Editori, AIE), however, includes a caution from the organization’s president, Ricardo Franco Levi, that the at the half-year point, the future looks challenging because of inflation and the ongoing international paper-supply issues.

For background, remember that the Italian market not only is shepherded by one of the most proactive publishers’ associations in the world—complete with extensive data-gathering and analysis—but that under Levi’s leadership, its 2021 performance was the fourth best in Europe, posting a 16-percentage-point gain.

Like many of the world publishing markets that were able to find their footing and make forward progress during the first two years of the still-ongoing coronavirus COVID-19 pandemic, Italy is working carefully to try to determine what lies ahead in the evolving, uncertain pathway ahead. Indeed, Angelo Amante is reporting for Reuters Rome today that Italy has seen coronavirus cases pass 100,000 last week—the first time that level of infection has been observed since February. 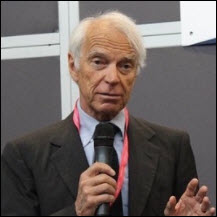 Following an okay from the European Union’s health authorities, Italy is getting ready to roll out a second COVID-19 booster for all citizens 60 and older.

After its record performance in 2021, the Italian book market between January and June of this year again is basing its calculations on Nielsen data from BookScan.

Its new presentation offers interesting data from other countries in Europe, as well. In the first half of this year, for example, the Netherlands is seen leading the way with a 9-percent gain over the same period in 2021. Norway arrives at the halfway mark in the year up 8 percent, Finland up 6.7 percent, Germany up 0.7 percent, Sweden down 2.8 percent, and France down 3.5 percent. 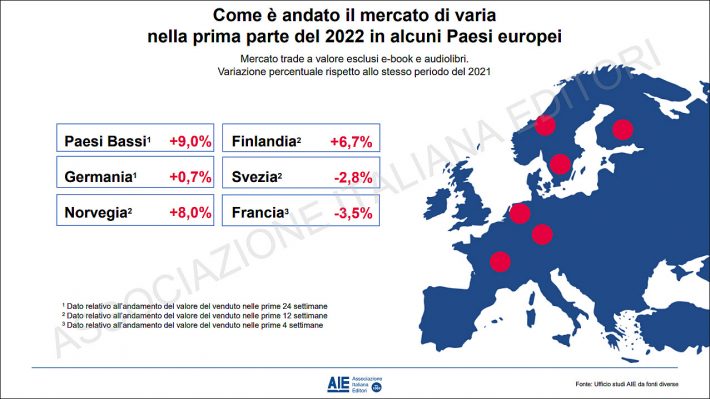 The Italian market’s setback of 4.2 percent, Levi says, “is a decline caused by lower sales in online channels, only partially offset by the recovery of physical bookstores.

“The economic situation is difficult but our publishers, despite rising inflation and the continuing paper emergency, have not adjusted their prices.”

The AIE’s report provides us with several targeted observations.

Comics growing quickly: The boom in comics in Italy has been registered at 23.7 percent over the same period last year—and by a remarkable 245.4 percent over pre-pandemic levels. 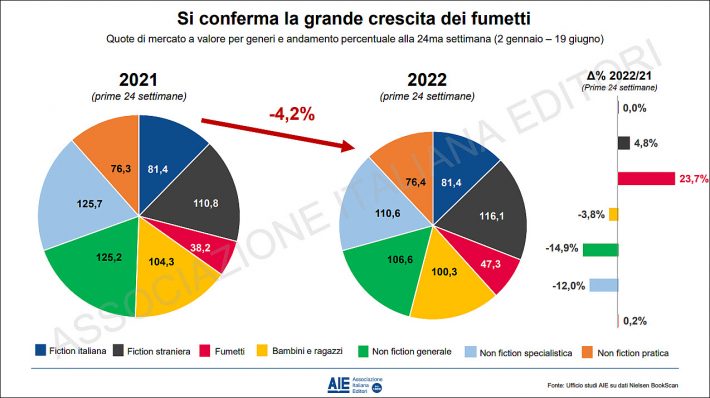 Pricing remains stable: From January 2 June 19, book sales in the trade channels—both physical and online, as well as large-scale distribution—amounted to €670 million (US$673 million). That’s €30 million less than in 2021 but €86 million more than in 2019.

Online retail drops, bookstores grow: Online bookstores in the first six months of this year in Italy, AIE says, sold books for €284.8 million at the cover price (US$286 million). This represents a decline of €43 million (US$43.1) compared to the previous year, largely recovered from physical bookstores which grew to €353.8 million (US$355 million), a gain of €21 million.

Top 100 and catalog: The first 100 titles among Italy’s bestsellers account for 9.2 percent in value and 8.2 percent in number of copies of total sales. 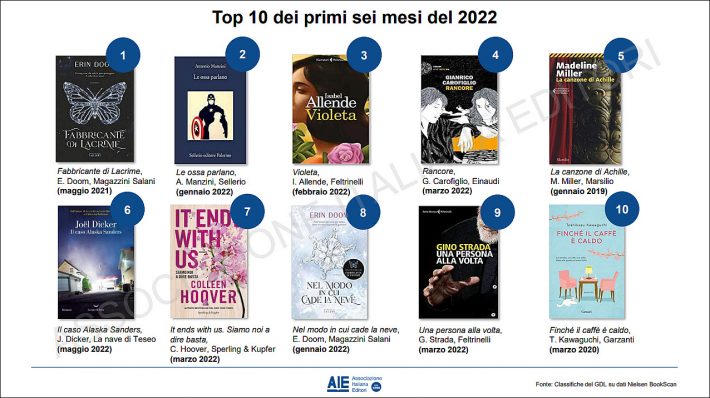 More from Publishing Perspectives on Italy and its book publishing industry is here. More on Ricardo Franco Levi is here, more on bookselling is here, and more on industry statistics is here.