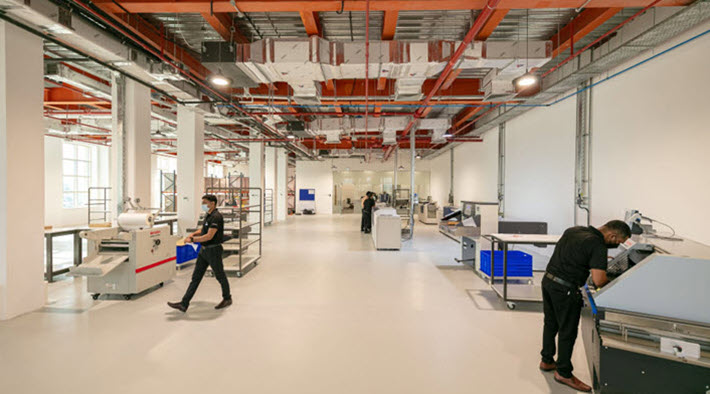 Long in the works, the joint venture between Ingram Content Group and Shajah Book Authority is now up at running at Publishing City. 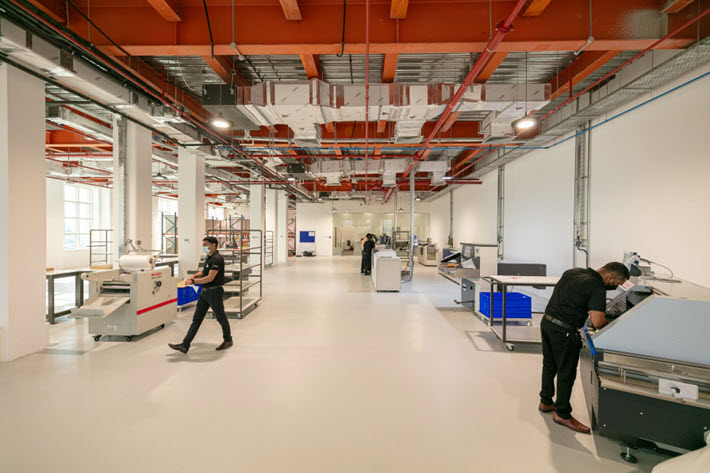 More about the logic behind the installation is in our coverage of a conversation that Publishing Perspectives led with Al Ameri and Ingram’s David Taylor at London Book Fair‘s Main Stage.

This week’s news from the Arab world and North Africa—the center of the world publishing region that the UAE’s third emirate expects to influence with its new printing and distribution capacity—confirms that the machinery now is in place and running.

Publishing on demand at the scale anticipated by this new joint venture, of course, is far beyond the scope of the familiar Espresso Book Machine you may have encountered in forward-looking bookstores. The Lightning Source capability put into place at Sharjah Publishing City is capable of print runs, large and small, and within 24 hours can process print-on-demand orders and ship them to key destinations within 48 hours.

That shipping agility is expected to be a hand-in-glove attraction for the actual printing because the Middle East’s lack of effective book retail distribution has long been a major stumbling block to the progress the region has needed to make, both in its ability to serve its own consumer bases in so many nations and also to effectively and quickly get farther flung orders out of the region and on their way to distant international destinations quickly and reliably.

In turn, UAE-based retailers now have the option to order books from international publishers and sell them in-region quickly, no long and difficult shipping required from far-flung markets. 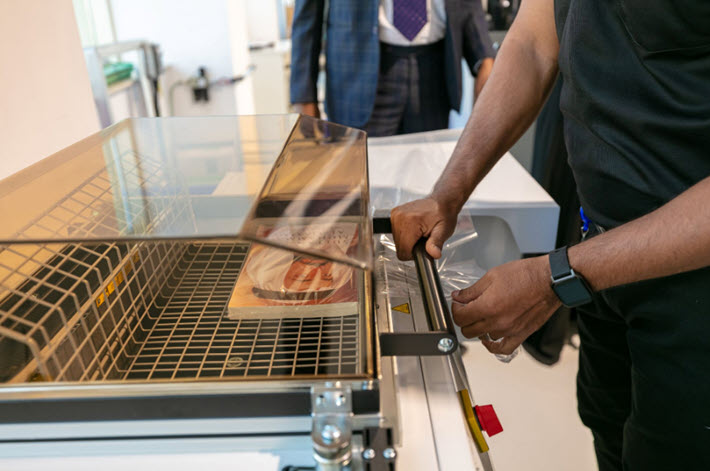 An initial run of the newly installed Lightning Source Sharjah installation produces a finished, wrapped copy of one of the books by Sheikh Sultan, Sharjah’s author-ruler. Image: Sharjah Book Authority

The Ingram Lightning Source service has access to millions of titles in more than 170 languages and publishers outside the MENA region are signing up to offer their own books to retailers and local distributors in the region. 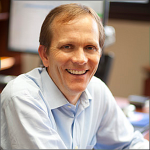 John Ingram, chair of Ingram Content Group, on the announcement of the opening of service at Publishing City, is quoted, saying, “We have long enjoyed a strong partnership with the Sharjah Book Authority and are excited about the opportunity this new venture brings for Sharjah, Ingram, and the broader Middle East and Gulf region.

“I’d also like to personally thank Sheikh Sultan … for allowing us to be part of this important initiative in Sharjah.

“This new facility will bring these world-class innovations to scale in the Middle East in a way that will benefit the publishing world and consumers alike.” 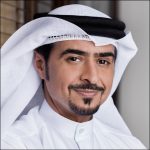 Al Ameri says, “We are keen on forging international partnerships to drive greater advances in the publishing sector on a local and regional level, in addition to offering access to knowledge sources to all segments of the community, aligning with the directives and vision of Sheikh Sultan to help build knowledge-based societies.

“The launch of Lightning Source Sharjah services provides publishers, distributors, and those who operate in the sector significant opportunities to expand their access to books and content, as well as their outreach into regional markets.

“This first-of-its-kind project in the region reinforces Sharjah’s infrastructure strategically to support global investment in the book market and creative industries, while serving to boost the emirate’s status on the global cultural map.” 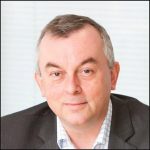 And David Taylor, Ingram’s senior vice-president for international content acquisition, says, “Ingram works with tens of thousands of publishers from around the world and is trusted with many millions of their titles in our Lightning Source print-on-demand supply model.

“This joint venture is significant for the book trade in this region.

“It will bring pioneering technology and innovation to the forefront of meeting consumer demands in a rapidly growing and important part of the world.”

Those international publishing professionals who are applying to participate in the 2022 Publishers Conference (October 30, 31, and November 1), which precedes the Sharjah International Book Fair (November 2 through 13) will very likely have a chance to see components of the new Lightning Source Sharjah system at work at Publishing City. 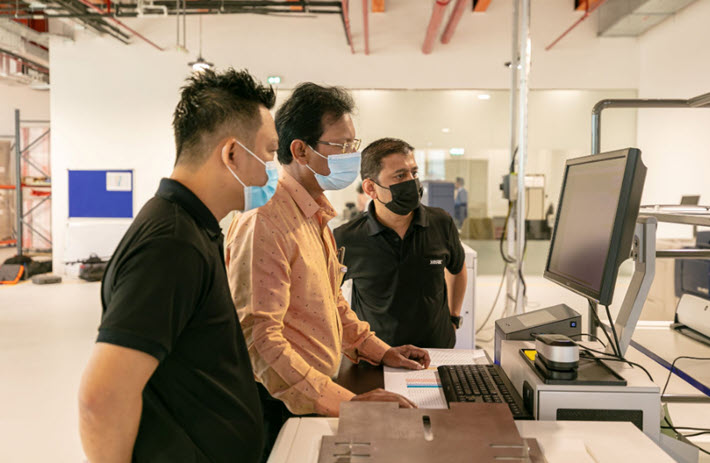