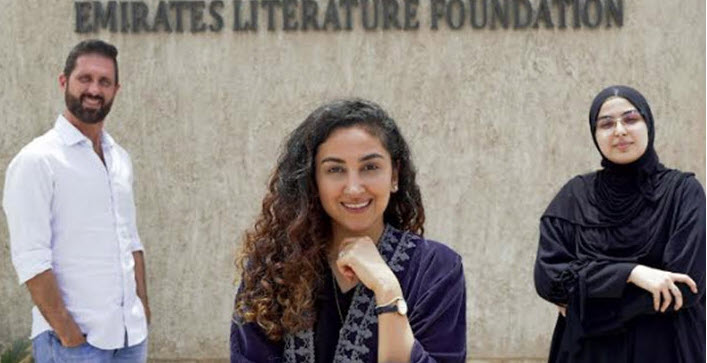 The producing body of the Emirates Airline Festival of Literature plans ‘a platform for the Arabic Wikimedia community.’ 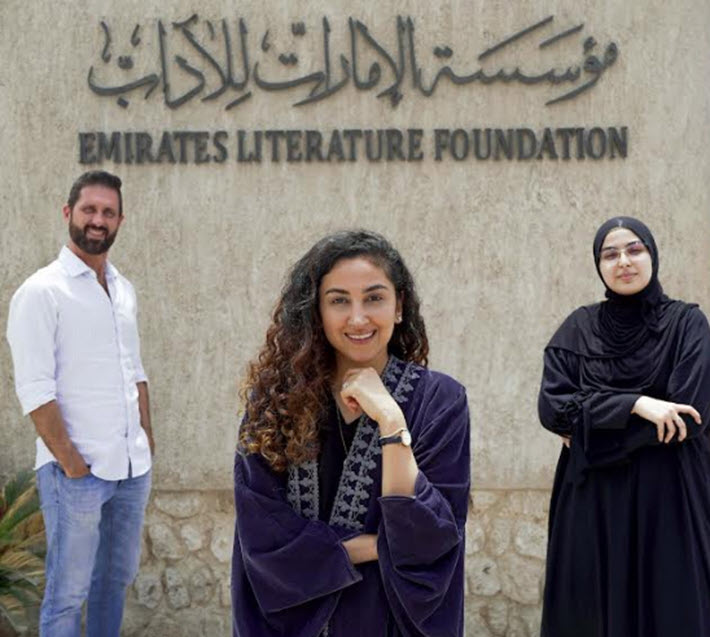 At center is Ahlam Bolooki, director of the Emirates Airline Festival of Literature and lead manager of the Wikimedians of the United Arab Emirates user group. (Names of Bolooki’s associates in this image have been requested.)  Image: Emirates Literature Foundation

Bolooki: ‘To Collaborate With Other Arabic User Groups’

While we know the Emirates Literature Foundation in Dubai primarily as the governing body of the Emirates Airline Festival of Literature, in October, it will be striking out in something of a new direction, hosting what it says will be the Gulf region’s first WikiArabia Conference.

Scheduled for October 28 to 30, the program will be open to the public and is to be the sixth edition of the WikiArabia Conference, geared to the interests and support of the Arabic Wikimedia community. And needless to say, what’s interesting here is to see another channel of outreach for Arabic, a new plank in a growing platform, if you will, of efforts to build the presence of Arabic writings and culture on the world stage.

What’s at issue is the expectation and assertion by organizers that the event will help to increase quality content on the Arabic edition of Wikipedia.

As the company describes this, “The conference will serve as a platform for the Arabic Wikimedia community to communicate and share ideas, opinions, and experiences through a packed program. It’s expected that these conversations will eventually contribute to the growth of a sustainable society that uses Wikimedia projects as a vital asset in its strategies.”

Publishing Perspectives readers are familiar with the work of Ahlam Bolooki, the director of the Emirates Airline Festival of Literature. It turns out that Bolooki is also the leading manager of the user group called Wikimedians of the United Arab Emirates. (Our interview with Bolooki is here, from late January 2020—shortly before the Emirates Airline Festival of Literature would be the last such international gathering that many of us would attend.)

In Tuesday’s announcement (July 5), Bolooki is quoted, saying, “The UAE is one of the leading nations in the field of data development, and hosting the WikiArabia conference, one of the annual highlights for the Arabic Wikimedia community, is an important step toward emphasizing the need to make quality online data free and accessible.

“Since 2021, the Wikimedians of the UAE user group has had the ambitious goal of increasing the number of Wikipedia pages about literature, and so far, we’ve successfully achieved a 500-percent increase in that section.

“This, along with our noteworthy education and outreach programs, recognized by the [international] Wikimedia community, makes our user group eligible for hosting the annual event with grants from the Wikimedia Foundation. After establishing our user group less than two years ago, we’re extremely proud to be hosting the WikiArabia conference in the United Arab Emirates. We’re eager to collaborate with other Arabic user groups and promote our work internationally.”

There’s a WikiArabia 2022 page now setup by the user group. Arabic user groups are invited to apply to participate and register. Note that submissions and attendance registration currently have a deadline of July 11.  A scholarship committee and its sister committee on programming will evaluate these applications before deciding on the conference schedule, so this is the user groups’ chance to influence the conference’s development.

Meanwhile, for more on the Emirates Airline Festival of Literature is here.

More from Publishing Perspectives on literary festivals is here. More from us on the publishing industry of the United Arab Emirates is here. More on Arabic in the international book business is here, and more on the Emirates Airline Festival of Literature is here.