The ‘Booker Prize Book Club Challenge’ will be won by a book club that produces the most impressive social media for the shortlist. 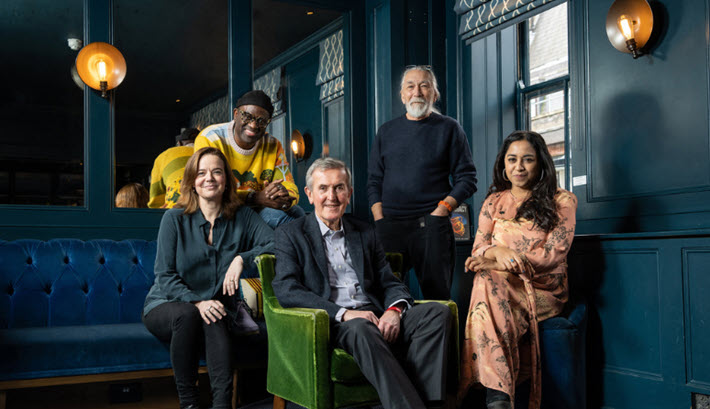 The Booker Prize Foundation in England has announced another competition–not between books or authors or publishers, but between book clubs.

Here’s the information that we wish more of the many contests we cover would offer, as the Booker so faithfully does: The morning after the announcement, Galgut’s book was No. 1 on Amazon’s bestseller chart in the UK. Two weeks after the win, Chatto & Windus announced that it had reprinted 153,000 copies of The Promise, having sold 23,878 copies in hardback, 14,622 of which sold in the two weeks following the news, a 1,925-percent jump in volume compared with the two weeks before.

That’s how many carats are in the Booker’s golden sticker. We look forward to having matching statistics from the Booker’s many sister competitions. And this year will see the Booker jury produce something its predecessor panels may never have handed over: a shortlist of book clubs.

As announced on Tuesday (July 12), the new project will see “representatives from each group given an all-expenses-paid trip to the 2022 Booker Prize for Fiction shortlist party at the Serpentine Gallery in London” on September 6.

Each of these clubs will be assigned one of the six books on the Booker shortlist. Each club will be given copies of its assigned book so that each club member can read and discuss it.

The Booker jurors this year are Neil MacGregor, Shahidha Bari, Helen Castor, M John Harrison, and Alain Mabanckou. They’ll not only have chosen the books, but then will sort through applications for what the foundation calls “the most interesting, passionate, and wide-ranging set of readers possible.”

Plus one more thing: The chosen six clubs, it turns out, will also be those deemed by the jurors to be “willing to shout the loudest about this year’s Booker Prize shortlist on social media, so that readers everywhere can follow the judging process and enjoy the books.”

The clubs not only will seek to flood the zone with social media about the Booker shortlist but they’ll also be in competition with each other on those platforms. The foundation’s media messaging goes on, “In the weeks leading up to the winner announcement, the judges will read and assess all of the six book groups’ social-media activity relating to their assigned books. Two members of the group which, in the jurors’ opinion, has provided the most original and engaging reviews will be invited to attend the 2022 Booker Prize ceremony and dinner at the Roundhouse in London on October 17.”

This competition is restricted to the United Kingdom, unlike authors eligible for the Booker Prize for Fiction itself. “Applications are open to book clubs from across the UK, from all backgrounds.” An interested UK club will find details here, and the deadline for an application is August 12.

Update, July 14: Following our publication on July 13, the foundation has offered us a comment relative to the UK-only aspect of the competition, saying that it does hope to see the book club contest become more internationalized in the future. “We’re sorry we can’t open this challenge up worldwide,” the foundation tells Publishing Perspectives. “This is because the nature of the prize requires the winner to be in the UK. Also, the competition is managed by the Reading Agency, a charity focused on UK-based projects. We have taken feedback on board and are currently exploring ways to encourage book clubs and individual readers around the world to get involved in this year’s Booker Prize, so do keep an eye on our social channels.”

In a carefully worded statement, Gaby Wood, the foundation’s director, is quoted, saying, “In order to protect the nervous systems of the shortlisted authors, it’s essential that the Booker Prize judges’ deliberations remain confidential. But we’ve always wanted to find a way to share the liveliness and excitement of judging meetings with the general public.

“Now, with the Booker Prize Book Club Challenge, impassioned readers across the country can feel some of that drama.

“Though they won’t be comparing one book against the others, they’ll each be reading one book closely—which is something the judges do, too. By the time the judges decide on a winner, they will have read those six books three times. So to have book clubs read alongside them will be as close to companionship as secret decision-making can get.” 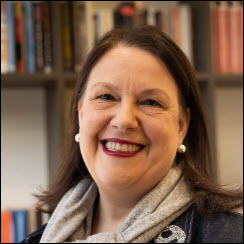 The English charity mentioned above, the Reading Agency, is handling the coordination of the book club contest entries, and its CEO, Karen Napier, says, “We’ve been a proud supporter of the Booker Prizes for years and are pleased to continue this with the Booker Prize Book Club Challenge.

“The opportunity for reading groups to immerse themselves in the excitement of the Booker Prize and joy of reading the shortlisted titles, champions our values as a charity.

“We hope that groups across the UK will want to get involved and that maybe some new groups will form to enjoy this experience together.”

This is Publishing Perspectives’ 127th awards-related report in the 130 publication days since our 2022 operations began on January 3.