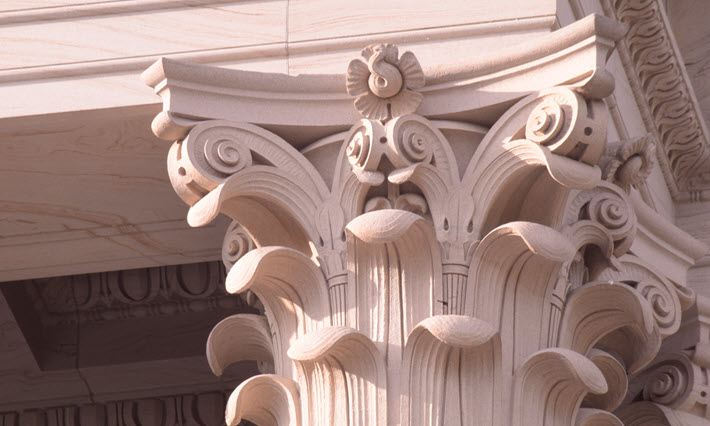 Pallante: ‘In a Cloak of Public Service’

In a week roiled by difficult news—not least today’s (July 8) assassination of Japan’s Shinzo Abe—four primary member-publishers of the Association of American Publishers have filed a motion for summary judgment against the Internet Archive in this case that has international implications because of the reach of Internet connectivity. A “summary judgment” is a way for one party to win a case without a trial.

As Publishing Perspectives readers will recognize, this is a stage in two years of litigation that began in early June 2020, when the publishers, three of them among the Big Five, filed a copyright infringement lawsuit against the Internet Archive, in the US District Court for the Southern District of New York.

The 2020 lawsuit asked the court to enjoin the San Francisco-based Internet Archive’s “scanning, public display, and distribution of entire literary works”—which it has offered to the international public through what the association terms “global-facing businesses” branded the “Open Library” and “National Emergency Library.”

As you’ll remember, the Internet Archive responded by claiming that its operations in the Open Library and shorter-lived National Emergency Library were couched in a concept called Controlled Digital Lending that it asserted would protect its use of copyrighted content without payment or permission as a form of “fair use,” in some cultures called “fair dealing.”

In its media messaging released to us from embargo shortly before midnight on Thursday (June 7), the association says that after those two years of litigation, “The motion for summary judgment establishes a clear record showing that both the law and the facts of the case are undisputedly in the publishers’ favor.”

A concise explication of the publishers’ complaint is found in the court filing’s preliminary statement, which says, in part:

“Masquerading as a not-for-profit library, Internet Archive digitizes in-copyright print books on an industrial scale and distributes full-text digital bootlegs for free. Internet Archive has amassed a collection of more than 3 million unauthorized in-copyright ebooks—including more than 33,000 of the publishers’ [and their authors’] commercially available titles—without obtaining licenses to do so or paying the rights holders a cent for exploiting their works.

“Anybody in the world with an Internet connection can instantaneously access these stolen works via the Internet Archive’s interrelated archive.org and openlibrary.org Web sites …

“Having scaled up its operations since the complaint was filed, Internet Archive now ‘lends’ bootleg ebooks to users approximately 25 million times a year.”

In her comment on the day’s request for summary judgment, Maria A. Pallante, the association’s president and CEO, says, “Outrageously, the Internet Archive has wrapped its large-scale infringement enterprise in a cloak of public service, but that posture is an affront to the most basic principles of copyright law. 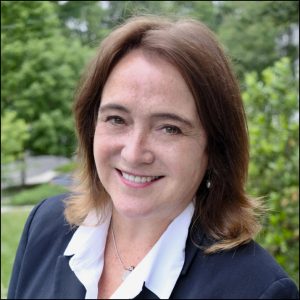 “We hope and expect that the court will uphold established legal precedent, including by recognizing that formats are neither fungible nor free for the taking, but rather a key means by which authors and publishers exercise their copyright interests, develop new markets, and contribute to public progress.”

The publishers say today that their filings show that the Internet Archive’s “illegal mass scanning, public display, and distribution of literary works are in direct contravention of the [United States’] Copyright Act and in direct competition with lawfully licensed markets for both library and consumer ebooks.”

What’s more, the publishers assert, “The defendant’s activities are part of a larger commercial enterprise that not only provides access to books but also adds to its bottom line. Between 2011 and 2020, the Internet Archive made approximately US$30 million from libraries for scanning books in their collections.”

There are caveats, as well. Here’s one: “To be clear, this lawsuit does not intend to foreclose the possibility that the unlicensed use of a particular work may be fair use in extenuating circumstances, such as the digital preservation or occasional e-loan of a clearly orphaned work.

“Further, the Association of American Publishers has long supported legislative modernization of Section 108 of the Copyright Act regarding library digitization to address preservation needs. But Internet Archive has gone far beyond what any calibrated exception might allow by appropriating every in-copyright work it can find without license or payment.” 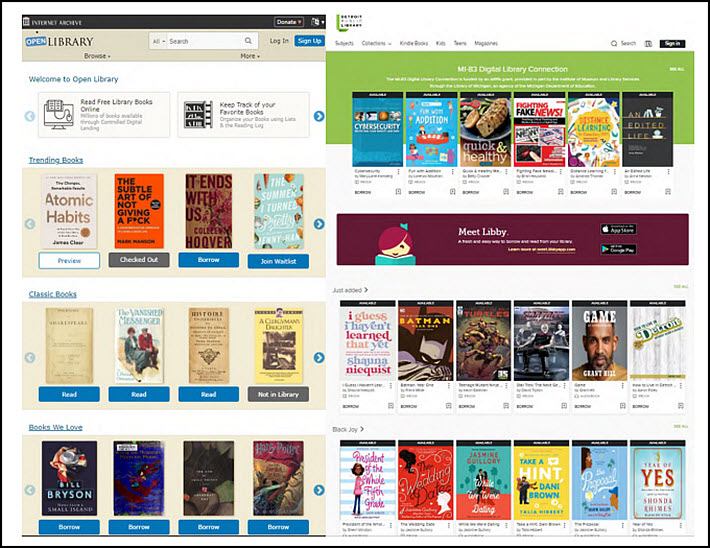 In its filing for summary judgment, the Association of American Publishers and four plaintiff-publishers include a side-by-side comparison of the Internet Archive’s Open Library home page, left, and the Detroit Public Library’s Overdrive home page, reflective of what the AAP reports are Internet Archive ‘internal documents’ that say the Open Library is ‘competing for eyeballs’ with Amazon and Overdrive. Image: AAP

During Thursday’s court proceedings, the association provided Publishing Perspectives with some helpfully distilled points to support the plaintiff-publishers’ allegations of the Internet Archive’s increasing levels of copyright infringement since June 2020. Some examples:

In terms of the growth of the number of copyrighted books made available by the Internet Archive during the years of the still-ongoing coronavirus COVID-19 pandemic, the association asserts:

And as to the number of books being distributed by the Internet Archive monthly, the association says:

An Author’s Declaration Filed With the Court

Part of the association’s presentation of the plaintiff-publishers’ argument comes from the Mexican-American MacArthur Fellowship-winning writer Sandra Cisneros, a Penguin Random House author. Her declaration, representing the interests of authors, was also filed with on Thursday with the Southern District of New York. In it, Cisneros says that discovering scans of her books being offered by the Internet Archive was “like I had gone to a pawn shop and seen my stolen possessions on sale.”

As might be anticipated, Cisneros—who writes as a poet and essayist as well as a novelist—easily humanizes the impact of copyright infringement.

It’s always interesting how a witness’ singular focus and experience can seem to speak to an issue free of the legalese that’s necessary in principals’ official filings. The Association of American Publishers has determined that it needed to engage in a good deal of litigation in recent years–most recently resulting in a June ruling against the US state of Maryland’s “shadow copyright law” that had attempted to regulate publisher-library terms in a way the court ruled unconstitutional. In this instance, you clearly hear the reality of an author’s experience with the Internet Archive’s Open Library in Cisneros’ declaration: 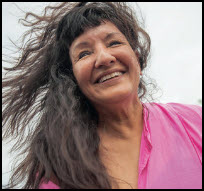 “Any libraries that want to provide ebook versions of my books to the public for free can do so because I have authorized Penguin Random House to license my work to any library that is willing to pay for the authorized digital formats. I consider Internet Archive’s distribution of my books to be a terrible violation of the control I have worked so hard to establish over my work.

“I am also insulted by the fact that Internet Archive seems to think that it needs to make my books available for free because I do not care about people who are too poor to pay for my work.

“For more than 40 years, I have traveled across the country to talk, to speak with those in disadvantaged communities whenever I can and I have distributed free copies of my books to thousands of people who could not otherwise afford them, often at my own expense. 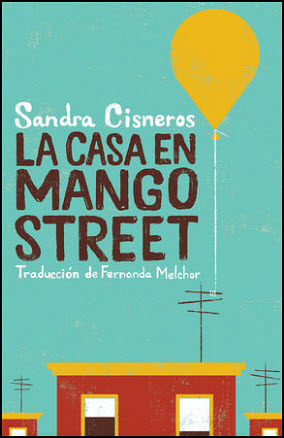 ‘The House on Mango Street,’ translated by Fernanda Melchor

“Penguin Random House has supported me in this endeavor and there are even terms in my publishing agreements that require it to cover the costs of providing free books and tapes to 13 libraries or schools that I designate each year based on requests that I had received personally.

“Internet Archive’s site, by contrast, is of no use to many of the people I meet and provide with books because many of them lack the good fortune to have reliable internet connections. In short, it is my discretion to determine when and to whom I provide free copies of my books. It is not Internet Archive’s (or anyone else’s) right to make that decision. …

“Internet Archive hurts all of the authors whose work it steals and it should be stopped so that it does not threaten anybody else’s chances of making a living from their pen.”

Additional Assertions by the Plaintiff-Publishers

In a section of its July 7 court filing called “Market Substitution,” the association and its plaintiff-publishers write that the Internet Archive actually “cajoles libraries to join the Open Libraries project,” saying that the project “‘ensures that a library will not have to repurchase the same content repeatedly simply because of a change in format.'”

“Outrageously, the Internet Archive has wrapped its large-scale infringement enterprise in a cloak of public service, but that posture is an affront to the most basic principles of copyright law.”Maria A. Pallante, AAP

Thus publishers “necessarily experience lost library ebook revenues,” the filing says, “when libraries do not ‘purchase the same content again’ in an electronic format and instead make use of ebooks on the Internet Archive’s site that were created from scanning print books.”

Fortunately for publishers, the alleged come-on hasn’t worked. The filing reads, “While fewer than 15 public libraries now act as partner libraries in the Open Libraries program, presumably because of copyright concerns, their ‘widespread’ participation would vastly increase the number of the Internet Archive’s copies of the type of trade books published by the plaintiffs.”

And finally, the association’s news-media description of its request for summary judgment says, “Contrary to the Internet Archive’s assertions, the Copyright Act provides no colorable defense for willfully copying a massive number of in-copyright books, turning them into bootleg ebooks, and then making them freely available to the global public.

“In fact, the Internet Archive sabotages the separate markets and business models made possible by the statute’s incentives and protections, robbing authors and publishers of their ability to control the manner and timing of communicating their works to the public.

“The Internet Archive not only conflates print books and ebooks, it ignores the well-established channels in which publishers do business with bookstores, e-commerce platforms, and libraries for ebook lending. As detailed in the publishers’ June, 2020 complaint, the Internet Archive makes no investment in creating the literary works it distributes, and appears to give no thought to the impact of its efforts on the quality and vitality of the authorship that fuels the marketplace of ideas.”