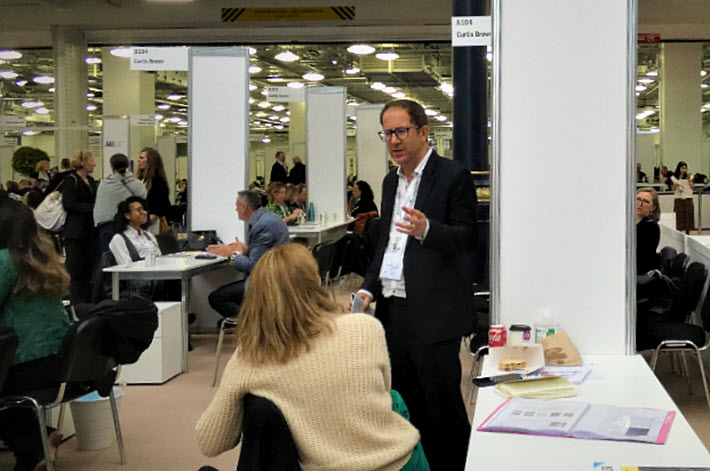 Hints that London’s Curtis Brown Group might be in acquisition talks were confirmed today with the announcement of United Talent Agency’s (UTA) “definitive agreement” to buy the company for an undisclosed sum.

As the UTA-Curtis Brown arrangement is being described today, Jonny Geller will remain Curtis Brown’s CEO, no staffing reductions will occur, and the British house will continue to operate under its own name.

The merger makes sense not only because of Curtis Brown’s formidable client and estate rosters but also because its diversification in recent years—featuring most visibly its television and film production companies Cuba Pictures and Open Book Productions—have grown it to a company of close to 250 employees, handling a broad array of cross-media content development as well as talent.

In speaking with Publishing Perspectives as long ago as in 2013, Geller understood his agency’s pathway to be toward making sure that its authors were “available everywhere”—and that this meant working across media, developing properties as widely as made sense.

“We’re the first agency to produce our own movies,” he said at the time. “We have a commission for the most expensive, the biggest-budget drama they’ve ever done for BBC One, based on one of the books I represent, Jonathan Strange & Mr. Norrell.” That production is based on the work of Geller’s client Susanna Clarke, who won last year’s £30,000 Women’s Prize for Fiction for Piranesi.

UTA, established in 1991, is one of the “big four” agencies of its kind in the United States, the other three being CAA, ICM, and William Morris Endeavor. That quartet has been expected to become a trio since the September news of CAA’s  planned buy of ICM, but regulatory examination has gone on so long that by mid-May, the Hollywood Reporter’s Borys Kit was writing of “deal fatigue” setting in.

The Beverly Hills-based UTA gains international range in its acquisition of Curtis Brown, created in 1899, something brought into focus in media messaging today about how the new merger “makes Curtis Brown Group the first prominent UK literary and talent representation group to join with a major global talent agency.”

The two companies have worked together in the past, sharing representation of screenwriters including David Farr (The Night Manager and Hanna), Georgia Pritchett (Succession, Veep, and The Shrink Next Door) and Tony Roche (Succession and The Thick of It).

One way to look at the major place of Curtis Brown in the UK marketplace is to note that when the 2022 British Book Awards were announced last month, one winner and six additional nominees from Curtis Brown were among the 12 “Book of the Year” categories. Marian Keyes won as Author of the Year, and Curtis Brown nominees included Empire of Pain by Patrick Radden Keefe (narrative nonfiction); One: Pot, Pan, Planet by Anna Jones (lifestyle nonfiction); The Night She Disappeared by Lisa Jewell (fiction audiobook, narrated by Joanne Froggatt); Know Your Rights and Claim Them: A Guide for Youth by Amnesty International with Angelina Jolie and Geraldine Van Bueren QC (nonfiction audiobook); Kay’s Marvelous Medicine by Adam Kay (children’s nonfiction); and How To Kill Your Family by Bella Mackie (fiction debut).

In its rationale for the press for the merger, today’s commentary from the two companies says, “This alliance … is driven by a shared desire to ensure greater opportunities for clients across an increasingly global entertainment and culture landscape, in which traditional buyers and distributors such as studios and streaming services are expanding far beyond their home markets.

“The alliance provides Curtis Brown Group with resources to continue to build out its business, and the benefit of UTA’s expertise across a wide range of capabilities in such areas as brands, podcasts, digital talent, endorsements, media rights, data analytics and more.” 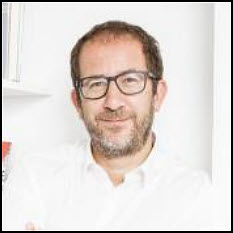 In a prepared statement for today’s announcement, Geller is quoted, saying, “We have long admired UTA under the leadership of David Kramer and its CEO, Jeremy Zimmer.

“Curtis Brown’s deep understanding of the European market combined with their culture of collaboration and innovation offers our company and our clients many great opportunities. This partnership will allow Curtis Brown to grow and to respond to the demands of an increasingly globalized world.

“We’ve always prided ourselves on our ability to nurture new talent across all our departments and provide an open and inclusive culture, and we are excited to begin a new chapter in this wonderful company’s 123-year-old history.” 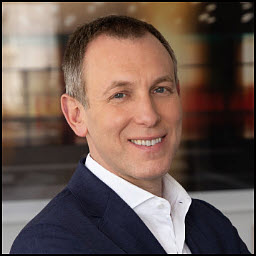 Speaking for UTA, Kramer says, “This move is about the vanishing borders of the global entertainment business and our united determination to ensure artists and creators remain at the heart of the opportunities ahead.

“UTA and Curtis Brown Group have known each other and worked together for years, and we couldn’t be more excited to be taking this step together at a time when the UK’s creative industries are thriving.

“For UTA, this was driven by the profound respect we have for the Curtis Brown leadership, their deep roots in the UK, the team they’ve assembled, and their company culture. We’re coming together in a way that is designed to ensure Curtis Brown’s business and team – and their way of doing business in the markets they know best – continues to flourish and grow.” 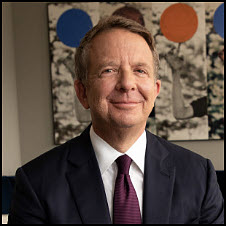 And Zimmer says, “The brand of Curtis Brown has been synonymous with great storytelling and rigorous artist representation for more than a century.

“We’re thrilled to align with such a great team.

“As the world of media grows and contorts, UTA is looking for great partnerships to drive our growth. In Curtis Brown, we believe we have found just such a partnership.”

Additional information on UTA and its context for the Curtis Brown acquisition is provided in today’s announcement: “For UTA, founded in 1991, the move further accelerates the company’s momentum as it brings together ideas, opportunities and talent.

“This includes significant growth in its talent representation business as well as recent investments across entertainment, sports and marketing in leading ventures that continue to operate under their own names with ready access and close alignment to UTA’s global platform and capabilities.

“This ongoing strategic expansion has included taking a significant stake in 2019 in Klutch Sports Group, which represents top U.S. athletes, and the 2021 acquisition of MediaLink, a leading strategic advisory and marketing firm that serves the world’s leading brands.”