A focus on illustration and visual artistry as well as literature have been highlighted at this year’s Taipei International Book Exhibition. (Sponsored) 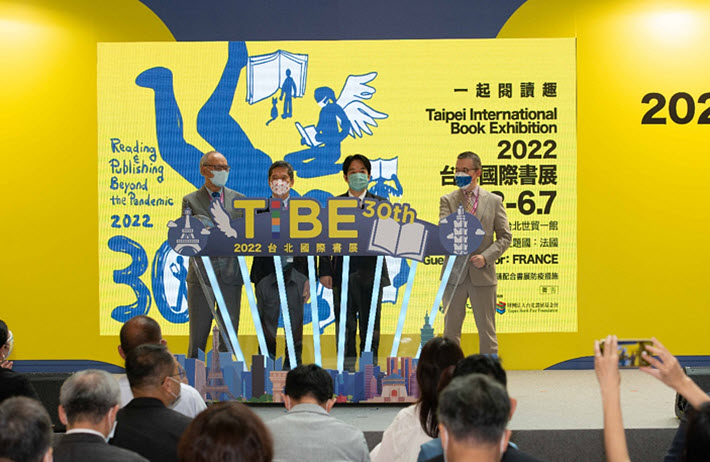 As we wrote last week, the Taipei International Book Exhibition (TIBE), now in its 30th iteration, is nearing Wednesday’s close of its run with its two-day TIBE Frankfurt Publishers Training Program. If you’d like to look into participating in the final day’s programming, registration details are here.

And in its six-day overall run in Hall 1 of Taipei’s huge World Trade Center, the event’s theme has been “Reading and Publishing Beyond the Pandemic.” This has special implications for Taiwanese book fans, of course, as the island has struggled since late April with a major, soaring surge of infections after remaining comparatively unscathed for the first two years of the still-ongoing coronavirus COVID-19 pandemic.

That tor of a spike you can see in so many world markets around January?—it’s happening now in Taiwan, data from the Johns Hopkins Coronavirus Resource Center showing Sunday’s new-case tally at 62,077 and its seven-day rolling average of new cases at 73,228.

It’s to Taipei’s credit that it has been able to mount its exhibition this year, albeit with many COVID-19 spread-mitigation precautions in place. A mask mandate applies to all visitors inside the exhibition’s space. Drinking and eating are prohibited. “Disinfection gates” and temperature sensors are being used at all entrance points, and masks and gloves are being provided to those who need them.

A robust presence—even amid the pathogen’s assault, ongoing tension with Beijing, and elections looming for later this year—is hardly unusual for the Taiwan market. You may recall that in October, Taiwan had not one but three stands at Frankfurter Buchmesse 2021, thanks to the leadership of the market’s still relatively new Taipei Creative Content Agency, TAICCA.

And now, in Taipei, the ministry of culture has provided book vouchers to those visiting #TIBE2022. Each voucher is worth 100 Taiwan dollars (US$3.41), and is offered to visitors to use on book purchases while at the exhibition.

Guest of Honor France: ‘I Read, Therefore I Am’ 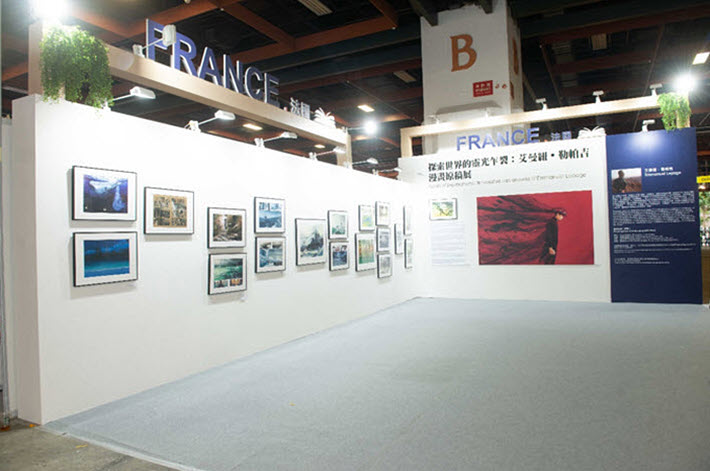 With its theme’s play on the Cartesian “I think, therefore I am,” the Guest of Honor France stand—Je lis, donc je suis—has mounted a display of some 2,000 books from as many as 80 publishers on a big stand measuring 414 square meters.

There are three exhibitions curated as part of the program:

The Proust display includes an audio production of 12 excerpts from seven volumes of À la recherche du temps perdu with the Mandarin read by Leon Dai, while the French version is provided by Éditions Thélème and Éditions Frémeaux. Visitors us QR codes to listen. The Bureau Français de Taipei has coupled this with seminars, taking advantage of the expertise of such talents as the French comics artist Stéphane Heuet. In addition, Taiwan writer Luo Yijun and music critic Chiao Yuanpu (translator of the Proust), have spoken to the importance and abiding interest in the material. 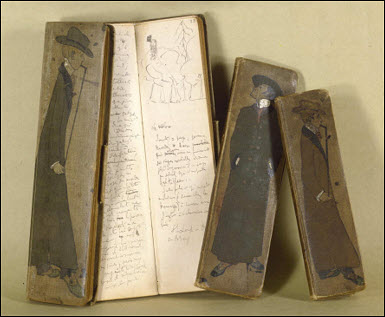 More from the French program includes La Plume de Paon president Cecile Palusinski’s introduction of a “transmedia illustrated book,” Arbres du Monde. The work is said to combine images, poems, music, and animation in an interactive app. Pierre Cattan and his studio Small Bang, involved in the project, were behind the release of the scrolling graphic novel Phallaina, and are to present another scrolling graphic comic, La Horde, at Annecy International Animation Film Festival later this month. That work is adapted from La Horde du Contrevent by French sci-fi novelist Alain Damasio.

And France has featured 17 of its authors in the program including two Prix Goncourt and Nobel Prize winners, and others whose work is based in comics, illustration, film, and music.

Nobel Prize in Literature laureate Patrick Modiano and Pierre Lemaitre, both recipients of the Prix Goncourt, are on the list. Chantal Thomas, winner of the Prix Femina for Les Adieux à la reine is featured, as well. To name several more: 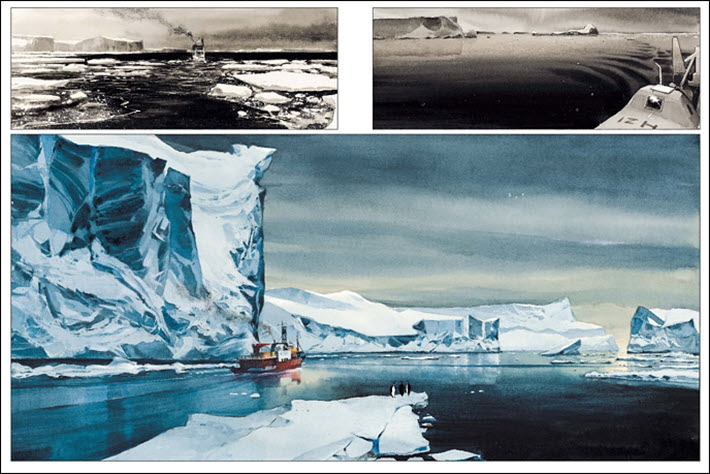 From the Emmanuel Lepage exhibition at the Guest of Honor France pavilion in the 2022 Taipei International Book Exhibition. Image: TIBE

As it happens, the 2022 Taipei International Book Exhibition is the program’s 30th iteration, and an exhibition called Hello 30 “explores the myriad creative threads that are so deeply woven into the fabric of TIBE’s three wonderful decades.” The exhibition has 15 time capsules that feature 10 “significant objects or moments” in the show’s history, as well as interviews with five leadership figures in Taiwan culture, each talking about the implications of three decades of this public-facing book fair’s history. 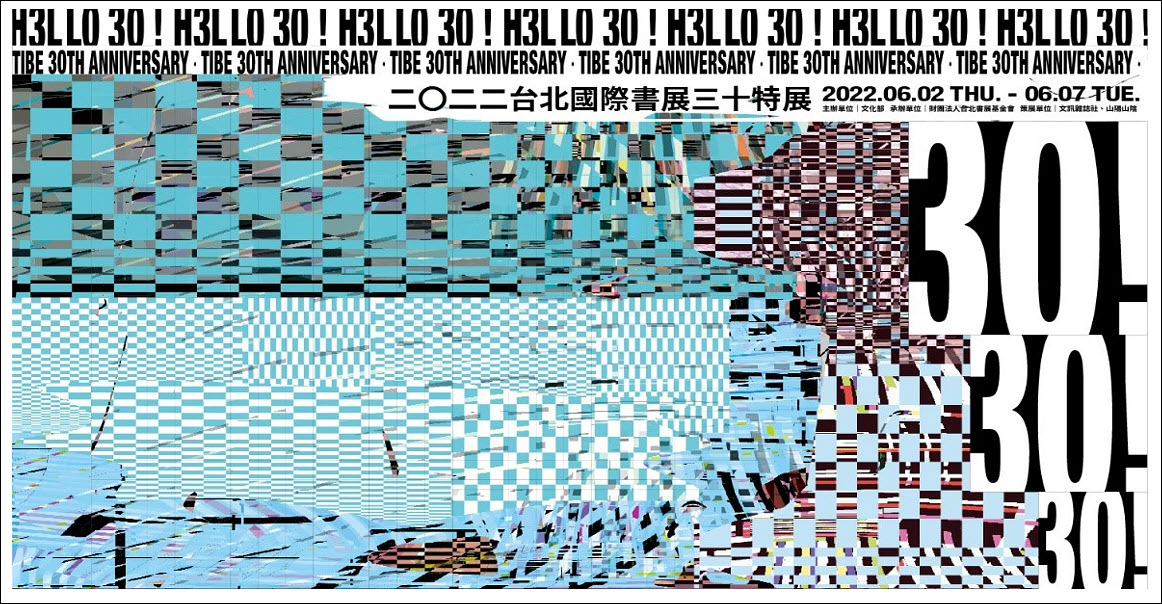 Additional highlights of the show this year include: 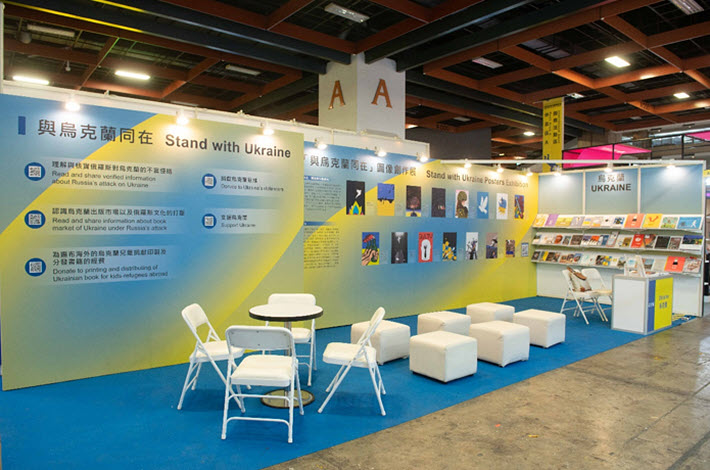 The ‘Stand With Ukraine’ booth at the 2022 Taipei International Book Exhibition. Image: TIBE

Those of our readers who were at Bologna Children’s Book Fair this spring may have met representatives of Ukraine’s Yakaboo Publishing, and the Taipei program has been joined by Yakaboo’s Valentina Butenko for meetings with Taiwan’s publishing professionals during the show.

While there, Butenko has hosted panels with on Ukrainian books and culture, the special meaning of the Ukrainian language, and the country’s cultural relationships with Russian tradition. 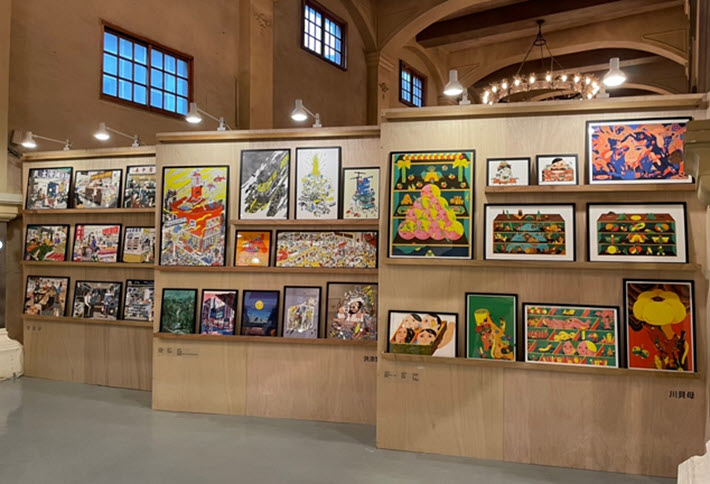 To that end, the visual artist Page Tsou from Auspicious Creative was invited to serve as the curator of Visual Fanzine: The Fantastic Scenery Overlaid by Taiwan Illustrators.

Drawing on terms and concepts recently in public parlance such as chaos, reorganization of order, and mutation, “the world appears to be in a state of stagnation and constant struggle similar to a butterfly before it breaks out of a cocoon,” organizers write.

“Many aspects of our lives are beginning to ‘transform,’ ‘evolve,’ and even move toward a ‘multiverse’ in which fiction and reality can live more closely together than before.

The Visual Fanzine is something like a 3D magazine that outlines the dynamic development of Taiwan’s image creation, and is divided into “Selected Picture Books,” “Creator Q&A,” and “Creation Column.” It’s meant to work as a record of Taiwan creators’ remarkable stories and works.

Chung-Yi Yeh, a designer responsible for the key vision of Taiwan’s 2018 National Day, was in charge of the core imagery of Visual Fanzine. Inspired by the current framework of image creation in Taiwan and the book fair’s 30 years, he used strong abstract images to convey the concepts of deformity, vitality, and innovation to develop the infinite possibilities of Taiwan’s image creation. 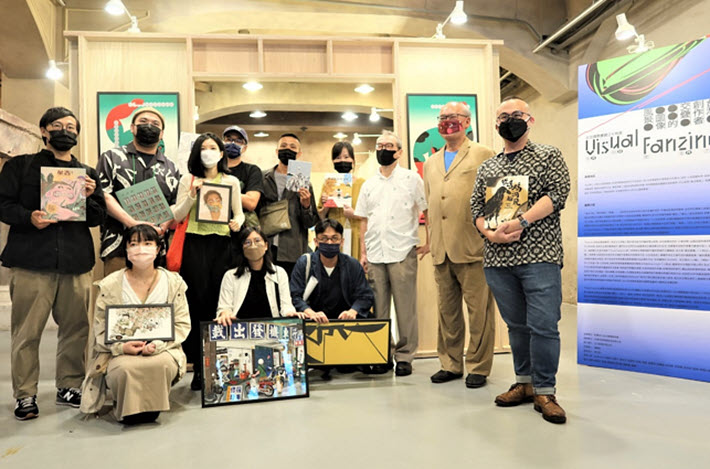 This is Publishing Perspectives’ 101st report with awards-related content published in the 107 days since our 2022 operations began on January 3.

More from us on Taiwan and its market is here, and more on the Taipei International Book Exhibitions is here. More from Publishing Perspectives on Frankfurter Buchmesse and its international programming such as the Frankfurt Publishers Training Program is here,