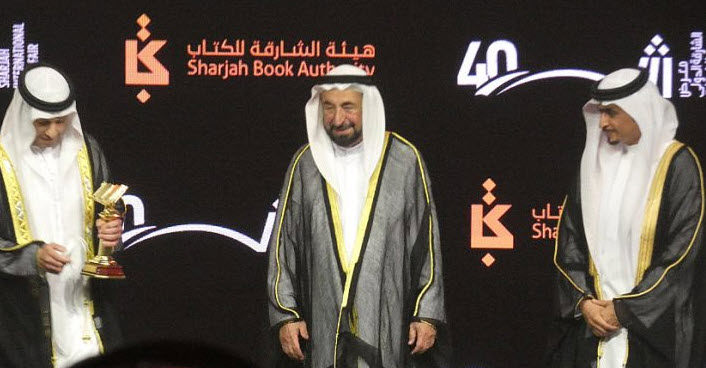 The Sharjah awards progam’s most lucrative honor is the Turjuman, which is a translation award promoting Arabic-language literature. 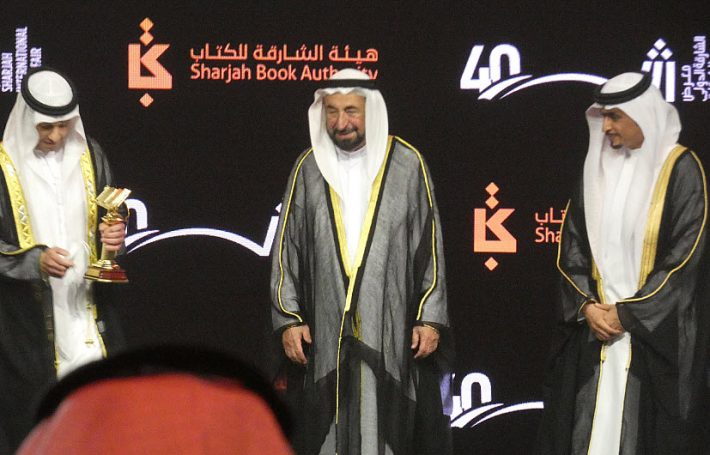 In the run-up to the world’s major autumn book-industry trade shows and book fairs,  Sharjah Book Authority‘s Ahmed Al Ameri in the United Arab Emirates has announced the opening of registration for the 41st Sharjah International Book Fair‘s awards program.

Submissions today (June 24) have opened with a deadline of September 1 for: 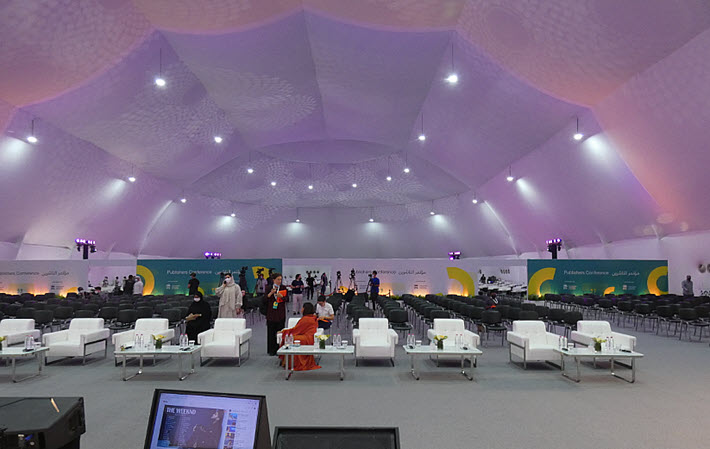 That translation award, the Turjuman, is a rich 1.4-million-dirham honor (US$381,159) intended to “promote Arabic literary works globally,” according to the morning’s media messaging, “by encouraging international translators and publishers to translate intellectual, cultural, and creative publications based on or are inspired by Arab and Muslim civilizations.

“Publishing houses shall be committed to submitting proof of copyrights and all documents pertaining to the legitimacy of the translation, actual publication, and circulation of the submitted works.”

The Turjuman, then, while not as well known as the Sheikh Zayed Book Award and the International Prize for Arabic Fiction, is yet another translation-driven honor, designed to help move more Arabic literature into world publishing at a time when so many seem to be awakening to the vast body of  valuable contemporary work being generated in the Arab world, often without being glimpsed by the Western industry and its consumers.

Purses for Each Category Win 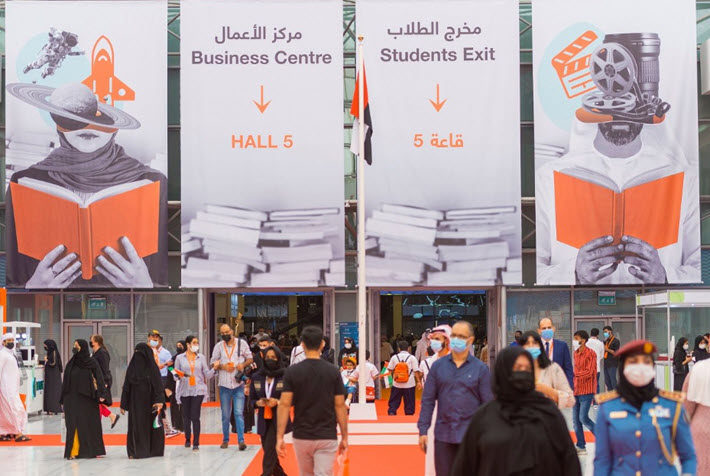 All submitted titles must have been published within the past two years, unless they’re revised editions.

The Emirati Book Award carries a purse of 300,000 dirhams (US$81,683), and per Al Ameri’s communiqué today, “encourages local literary talents.” its four sub-categories have the following payouts:

The Sharjah Publisher Recognition Award puts a spotlight on publishers for their contributions across three sub-categories that contribute to the advancement of the publishing sector, each of the three category wins carrying 25,000 dirhams (US$6,806):

This is Publishing Perspectives’ 116th awards-related report produced in the 118 publication days since our 2022 operations began on January 3.

More from us on publishing and book awards in international markets is here, more on the German book market is here, and more on independent publishing is here.