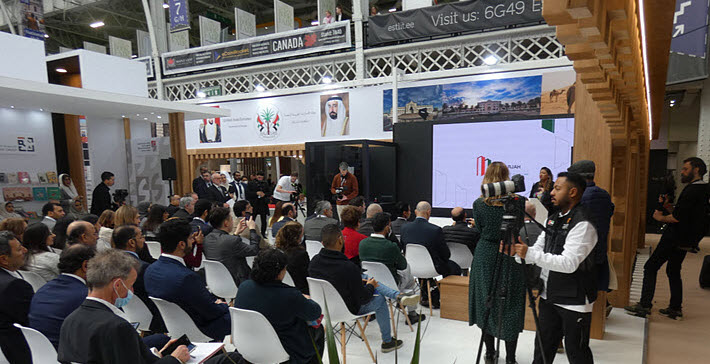 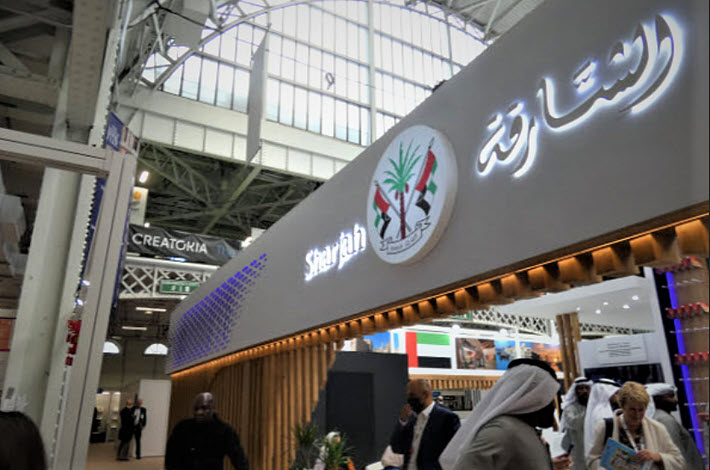 At Sharjah’s Market Focus pavilion at London Book Fair 2022. The emirate has been named guest of honor at the Seoul International Book Fair in 2023. Image: Publishing Perspectives, Porter Anderson

Overnight for this morning (June 20), the news from South Korea is that Sharjah is to be guest of honor at the Seoul International Book Fair in 2023.

Sharjah, of course, is on the run-up to its own Sharjah International Book Fair, November 2 to 13. And yes, regular readers of Publishing Perspectives will have noted a certain symmetry here: Effectively, SIBF will be guest of honor at SIBF.

Hosted again by the Korean Publishers Association, this year’s fair in Seoul ran June 1 to 5. The guest of honor spot was held by Colombia, which–also overnight in news—has elected its first leftist president, Gustavo Petro, who has edged out Rodolfo Hernández with 50.48 percent to 47.26 percent of the vote. Here’s Regina Garcia Cano and Astrid Suarez’s write-up for the Associated Press.

The Seoul book fair, like Sharjah’s, is one of the more mature in these world events. It entered its internationalist stage in 1995, having been originally established in 1954.

Sharjah’s 2023 program in Seoul is expected to feature Emirati artists as well as authors and publishers. No word yet on whether the emirate’s popular stick dancers and drummers will be on hand in Seoul, as they’ve been in London and Bologna.

‘A Celebration of the Arab Culture’ 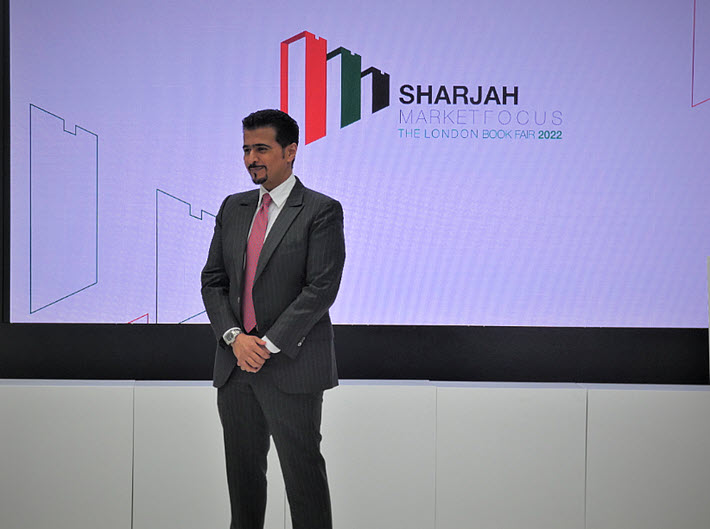 Al Ameri is quoted in media messaging about the Seoul guest of honor designation, saying, “Not a year passes by without Sharjah registering a new milestone in its cultural project,” he says, “launched by Sheikh Sultan bin Mohammed Al Qasimi, ruler of Sharjah, to introduce global cultures to our rich history and shine light on our contributions to humanity through science, philosophy, and arts.

“The guest of honor status conferred on Sharjah by the Seoul International Book Fair is a celebration of the UAE’s accomplishments in reinforcing the role of knowledge as a vital factor in the advancement and prosperity of nations.

“It is also a celebration of the Arab culture and of every author and publisher who has contributed to expanding our cultural horizons at the local, regional, and international levels.”

Sharjah was also in touch with publishers at this spring’s book fair in Torino, and staged a new international conference for regional and international booksellers in May.

The only downside, based on Sharjah Book Authority’s tweets, may be that BTS has decided to take a break at just the wrong moment.

We're honoured to be welcomed as Guests of Honour at the Seoul International Book Fair 2023. As you can expect, we'll be spreading the brilliance of Arab literature and culture to the world.#Shj #UAE #SBA #Reading #Books pic.twitter.com/QtcddPQPpM

For its part, Seoul has posted a particularly heartfelt note on its site in the wake of its 2022 fair.

“Thank you to everyone who took the courage to join the 65th Seoul International Book Fair,” the organizers write.

“Masks can now be removed outdoors, but the coronavirus is still circling around. It took courage to hold the Seoul International Book Fair, a huge festival where readers, authors, and publishers gather together. Thanks to the audience, writers and publishers who put us shoulder to shoulder with faith, we were able to get together.

“Although it was conducted on a smaller scale than before the pandemic, the enthusiasm we felt while making and reading the book was better than ever. We each need time to read a book, but we also desperately need a space to share our thoughts. … This festival was made entirely by you, and it grows with your love … and [will] return in a better shape in June 2023.” 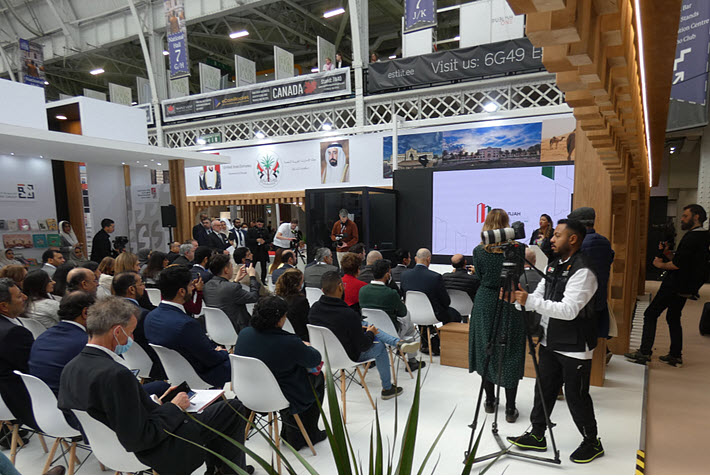