‘Our neurodiversity is a gift,’ as Pan Mac/Picador’s commentary about Jen Hadfield’s ‘The Stone Age’ positions her ‘visionary panpsychism.’ 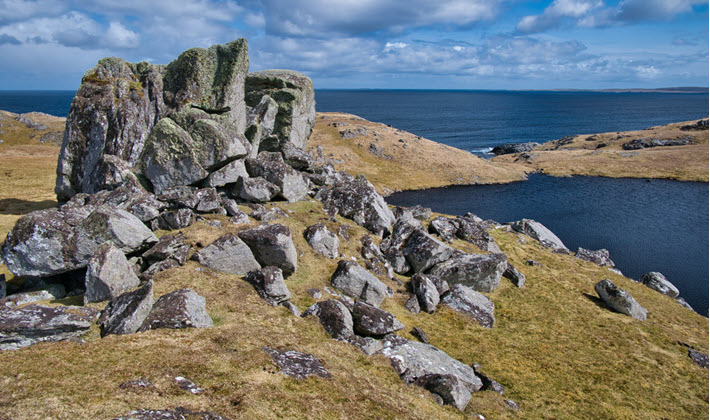 As we looked on Tuesday at Visit Scotland’s use of major books’ opening lines translated to Scots for its “Year of Stories” campaign, we were reminded of a recent award win by Jen Hadfield of the Highland Book Prize, Highland Book Prize, or Duais Leabhair na Gàidhealtachd. In the calendar followed by this award regime, this is its 2021 winner announcement.

You’ll remember from our shortlist story that the intent of this awards program—a co-presentation of the Highland Society of London and Moniack Mhor—is to honor fiction, nonfiction, and poetry that “recognizes the rich talent, landscape, and cultural diversity of the Highlands.”

It’s the specificity and dedication of this prize—in this case, to a place—that makes this an awards program for trade publishers and authors that we’ve elected to add to our coverage—while in other instances, we’re moving away from coverage of the more run-of-the-mill generalized award outfits.

Those programs, most of them much larger than this, beleaguer the news media for coverage; run together in the minds of publishers, agents, and even authors; and cause the eyes of consumers to glaze over in the glare of so many now commonplace golden stickers. 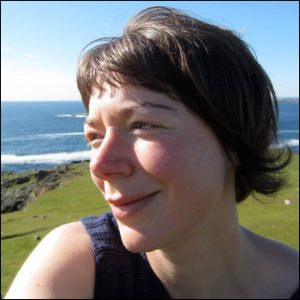 Adding to the singularity of the five-year-old Highland Book Prize’s stance in the industry is the focus this year on “neurodiversity”—the fact that we don’t all think alike.

Hadfield has won the award for a poetry collection, The Stone Age (Pan Macmillan/Picador). In the publisher’s rather extraordinary description of Hadfield’s poetry, it’s called “an astonished beholding of the wild landscape of her Shetland home, a tale of hard-won speech, and the balm of the silence it rides upon. The Stone Age builds steadily to a powerful and visionary panpsychism: in Hadfield’s telling, everything – gate and wall, flower and rain, shore and sea, the standing stones whose presences charge the land–has a living consciousness, one which can be engaged with as a personal encounter.” 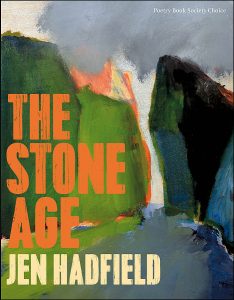 Indeed, panpsychism is defined as “a theory that all nature is psychical or has a psychic aspect, and that every physical happening participates in the mental” (Merriam-Webster). And Picador’s editors go on to write, “The Stone Age is a timely reminder that our neurodiversity is a gift: we do not all see the world the world in the same way, and Hadfield’s lyric line and unashamedly high-stakes wordplay provide nothing less than a portal into a different kind of being.”

Alex Ogilvie, trustee of the Highland Society of London and chair of the jury, on announcing Hadfield’s win, said, “The judges undoubtedly had a difficult job selecting one winner from such a high-caliber longlist and shortlist, but were ultimately unanimous in their decision. The Stone Age does a rare thing in that every poem in the collection brings a fresh perspective to the reader; Hadfield makes the ordinary quite extraordinary.

“This is a special collection that we’re delighted to honor with the Highland Book Prize.”

We’ll repeat the shortlist for you here.

To be eligible, a book has to have met at least one criterion from this list:

This year, the four-book shortlist was been drawn from an initial 71 submissions published between January and December of 2021. More than 180 volunteer readers were engaged in assessing that starting cohort, to create an 11-title longlist.

This is Publishing Perspectives’ 114th awards-related report produced in the 116 publication days since our 2022 operations began on January 3.

More from us on publishing and book awards in international markets is here, more on Scotland is here, and more on the UK market is here.