Having made a move this year from March to July, the trade show and book fair now is postponed to November. 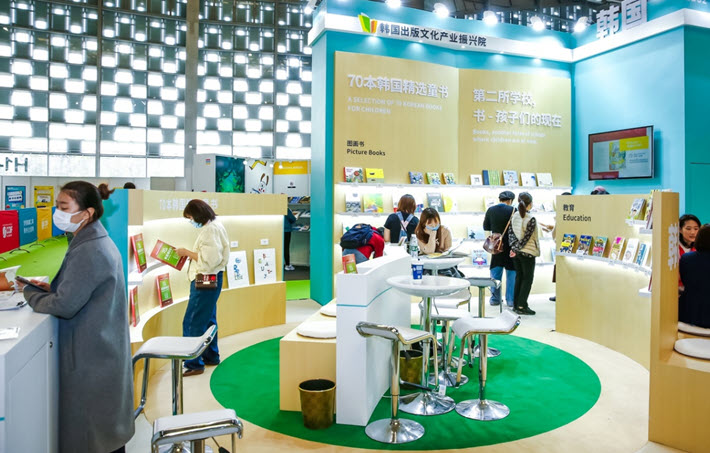 As we put our Rights Edition together, there’s news today (June 17) from the organizers of the Shanghai International Children’s Book Fair that it’s facing another postponement because of the coronavirus COVID-19 pandemic. As you’ll remember, this trade show was reporting a total 1,498 rights agreements made during its 2019 edition, and the show includes a dedicated professional program.

In many cases, what’s being referred to in such rights-trading reports includes “export intentions” made between publishers. In 2019, the show’s run ended with 105 “projects” in importing books into China, and 31 export projects, essentially memoranda of understanding. Material provided to Publishing Perspectives at the time cided as an example of rising success the house named China Children’s Press & Publication Group, with 96 rights “export intentions” arranged with publishers in Spain, Russia, South Korea, Japan, and Malaysia.

Needless to say, for those who like to talk of the pandemic in the past tense, it’s sobering to consider that this is the second time this year that Shanghai has had to announce a delay.

In early March, it was announced that Shanghai’s originally planned dates later that month were behind moved to July 22 to 24. Now, the show has had to make another move on the calendar, this time to November 18 to 20.

Organizers do mention in a note on the show’s site that the ninth edition of the fair, by virtue of this second delay, is moving back into its “regular seasonal timeframe” in November. They expect then to stage the event, as in the past, at the Shanghai World Expo Exhibition and Convention Centre.

While the messaging today speaks of “handling all the proceedings derived from this new situation in the best interest of our exhibitors and visitors”–and while the site has had some deft updates that place a useful note on each iteration of the logo with the changed dates–we do note that the “Professional Visitor Registration” link is producing a “site under maintenance” notice. It would appear, then, that registration has, at least for the time being, been halted. This may simply be a function of updating text and date-related elements to the new schedule.

And in fact, that logo you see everywhere (it’s on this page) with the yellow note about the 2022 dates change is, in fact, the 2021 logo. So at this writing, it’s clear that the staff is new to this latest postponement and not yet ready with an updated site, although those who need updated details are asked to stay in touch with the evolving plans through the site.

The Coronavirus in Shanghai 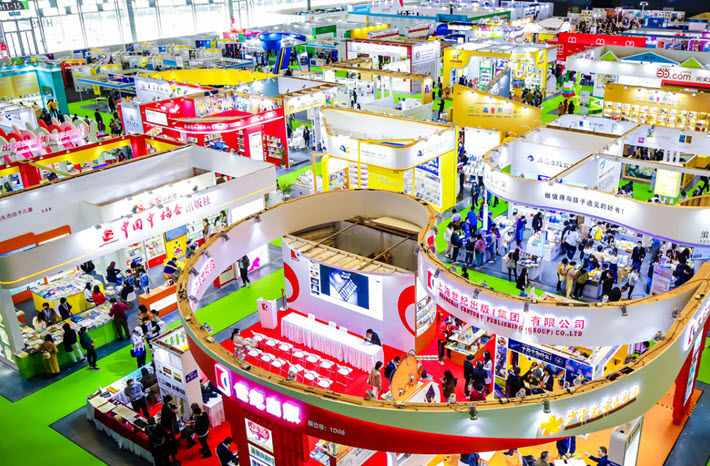 On the exhibition floor of the Shanghai International Children’s Book Festival, 2019. Image: CCBF

Despite this month’s efforts to ease many of the most stringent lockdowns–which lasted for months in Shanghai–there still are isolation measures, quarantines, and targeted “micro-lockdowns” being deployed the city, according to reports including this one in The Economist.

Nathan Chung writes this week for The Guardian that nearly 25 million people were restricted to their homes during the main Shanghai lockdowns, “bringing almost all economic and social activities to a grinding halt.”

As of Thursday (July 16), Reuters Shanghai was reporting that all 16 of the city’s districts had been required “to organize mass COVID testing for residents every weekend until the end of July,” according to city officials, which of course is the kind of circumstance that would forestall a trade show going forward July 22 to 24. And only six days ago, on June 11, Beijing was “experiencing an ‘explosive’ COVID-19 outbreak connected to a bar,” the Voice of America used Reuters to report, with attribution to a government spokesman.

“So far, 115 cases and 6,158 close contacts linked to the bar have been reported,” the VOA-Reuters report goes on, “throwing the city of 22 million back into a state of anxiety.”

‘The Fair Has Adapted to the Current Context’ 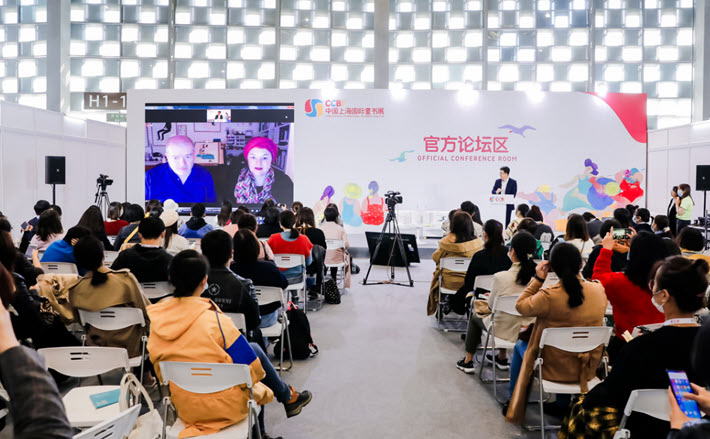 Organizers at the fair now set for November say in their note, “We are continuing to work with determination on making the upcoming CCBF a great occasion for the global children’s publishing community to connect with the Chinese market.”

There is, at this point, no mention of digital or hybrid production of the show.

“Until we can all be reunited in person in Shanghai,” organizers write, “the fair has adapted to the current context and is ready to offer exhibiting opportunities to publishers from China and beyond. We are also looking forward to resuming your favorite accompanying programs and events.”