Automated text-to-speech audiobook narration arrives at Bookwire, amid the company’s insistence on its respect for human narration. 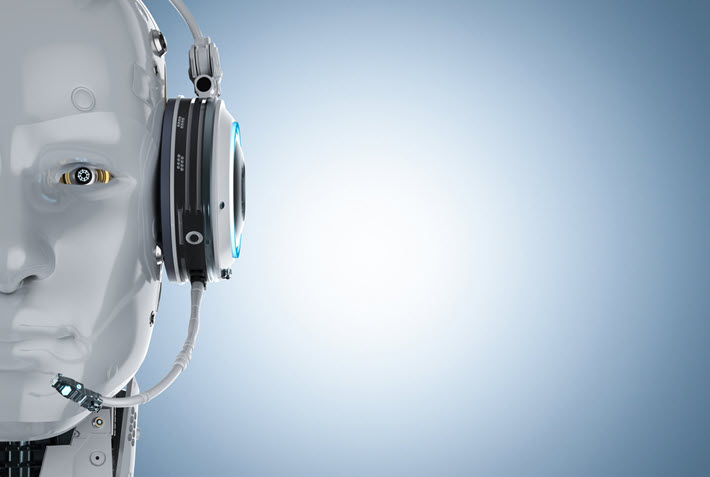 ‘The Art of a Narrator Cannot Be Surpassed’

This is the sort of artificially voiced product we covered, for example, in our staff article in September on the American company called Speechki. In that case, 341 voices are available in 77 languages. Bookwire has not specified the names of the vendors it’s using. “We are working together with several companies that are offering text to speech solutions to make sure that we can roll out our text to speech service in every Bookwire territory and different languages, Alfaro says.

If you haven’t heard something recorded with this technology lately, jump to the Speechki site and scroll down a bit on the landing page. There, you’ll find an audio file demonstrating a sample of a machine-generated voice, along with a quiz in which you can guess which voices are automated, and which are human.

Bookwire’s corporate communications manager David Alfaro, reached today (June 27) by Publishing Perspectives, says to us, “It’s very important for us to keep in mind with this technical innovation that human voices and the art of a narrator cannot be surpassed by artificial voices in the foreseeable future. We have great studios, publishers, directors, and voice actors of all genders delivering outstanding word productions. 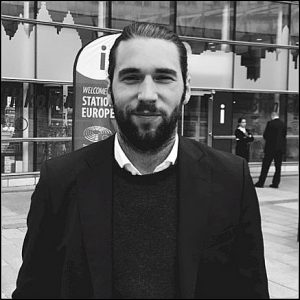 “But for some genres and books, or even budgets, ‘text to speech’ solutions like the one here in our WAY solution can be the way for them to be heard at all. Especially certain nonfiction textbooks for students could better consumable. The necessary accessibility for nonfiction can also be realized more easily in this way.”

Indeed, the company seems to want to go to great lengths, and understandably, to try to reassure the industry of human audiobook narrators, technicians, producers, studios, and consumers that this is not to be seen as the opening scene of a dreadful AI-takes-over-the-world film.

The company’s leadership may be feeling a bit stung by worried criticism from Claus Vester of CC-Live, who was quoted on Sunday (June 26) by our colleagues at the Börsenblatt saying that the news of Bookwire’s addition of text to speech as an option “was quite a blow … I can only vehemently disagree that text-to-speech can replace the human speaker, especially in nonfiction books.”

It’s in nonfiction, however, that artificial voices may have their most frequent chances to be heard. Without the human and aesthetic nuance needed for fiction, informational content, including much nonfiction, can indeed be very effectively rendered by machine voices, especially if the operation providing them does rigorous testing for mispronunciations, syntax gaffes, and so on.

Many publishers are also keen to surface more of their backlists—which became the focus of many consumers’ interest during the deepest confinements of the still-ongoing coronavirus COVID-19 pandemic. Text to speech can offer a far more affordable route, both in time and money, to getting backlisted titles onto the busy audiobook market.

In its announcement, Bookwire writes, “In terms of accessibility, TTS technology enables publishers to quickly and cost-effectively make large parts of their catalogues available as audiobooks. This enables cross-medial distribution of content, giving publishers’ backlist titles many opportunities to reach new target groups and to boost untapped sales potential.

“As with classic audiobook production, Bookwire takes care of [international] distribution to numerous shops, which helps publishers realize the full potential of their title backlist … Publishers now have the choice of producing their audiobook with a human narrator or an artificial voice. The quality of synthesized voices is improving all the time and gives listeners a high-quality listening experience.” 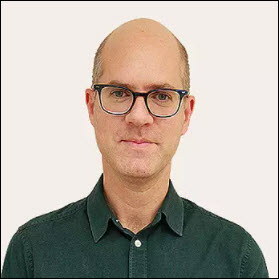 As covered by Ruth Comerford at The Bookseller, Bookwire’s international global lead Videl Bar-Kar spoke at England’s Publishing Guild Spring Conference about the new text to speech availability, saying, “Ten years ago [the audiobook market] was very fiction driven. In the United States, nonfiction is now at 40 percent,” suggesting, of course, that publishers may have more need now to respond with nonfiction audio.

Bookwire’s media messaging indicates that it expects to move behind its current two vendors in the technology, “with more voices and languages,” which may indicate that there’s strong interest from clients in accessing the service.

But Alfaro today continues to soft-pedal the announcement, saying to us, “We cannot stress enough that our philosophy at Bookwire is very clear that human voices cannot be replaced in full quality at the moment.

“We offer TTS mainly to publishers who want to use it for texts/books that would otherwise not be produced.”

And if that not-quite-but-almost-apologetic tone is any indication, this topic—artificial vs. human voice in audiobooks—is likely to be a key discussion at Frankfurt Audio this autumn at Frankfurter Buchmesse (October 19 to 23).

More from Publishing Perspectives on audio in publishing is here, more on subscription is here, and more on Bookwire is here.

Publishing Perspectives is a media partner with Bookwire’s ‘All About Audio’ conferences.