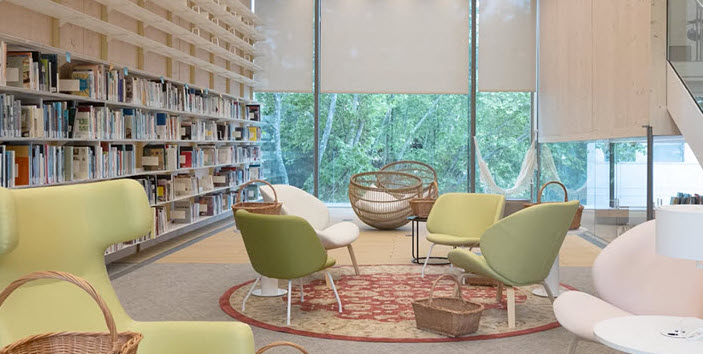 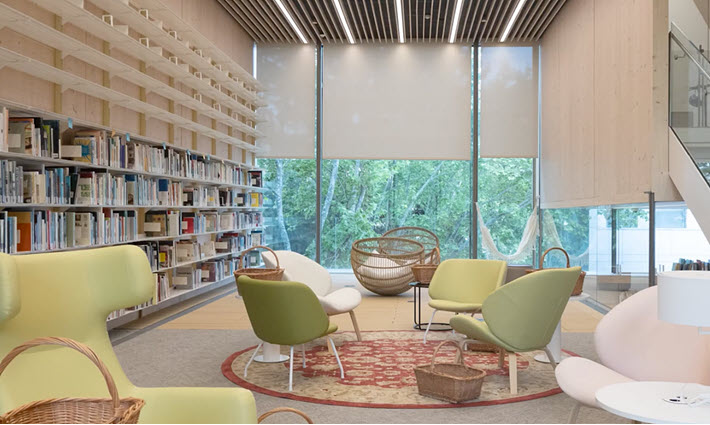 The new Biblioteca Gabriel García Márquez in Barcelona is the third largest facility in the city’s 40-library network. It was opened May 28 in the working-class district of Sant Martí.

The design is by Elena Orte and Guillermo Sevillano of the Madrid-based firm Suma Arquitectura and is built primarily of wood. It takes its inspiration from Nordic design, recalling the 2018 Helsinki Central Library Oodi, if on a smaller scale. The 3,000-square-meter library (32,291 square feet) has an investment of €11.4 million (US$11.8 million). It’s part of an impressive plan to develop the city’s library infrastructure over more than 20 years.

The new library is dedicated to literature from Latin America. It has partnered with the city’s Casa America Catalunya to run a new festival around Latin American literature called Festival KM Amèrica, which opens today (June 16) and runs through Sunday.

The library and festival make sense in a city which, in the 1960s and ’70s, experienced what’s referred to as the “Latin American boom.” It was a time when authors including Peru’s Mario Vargas Llosa, Chile’s José Donoso, Mexicans Sergio Pitol and Carlos Fuentes, and of course Colombia’s Gabriel García Márquez lived in Barcelona, with Argentina’s Julio Cortázar making frequent visits to the city.

They all were taken under the wing of the formidable literary agent Carmen Balcells and were often edited by Carlos Barral at Seix Barral or published by other Barcelona houses such as Editorial Bruguera or Tusquets Editores. Journalist Xavi Ayén extensively documented this period in his book Aquellos años del boom: García Márquez, Vargas Llosa y el grupo de amigos que lo cambiaron todo (Those Boom Years: García Márquez, Vargas Llosa and the Group of Friends Who Changed Everything, Penguin Random House, 2019). 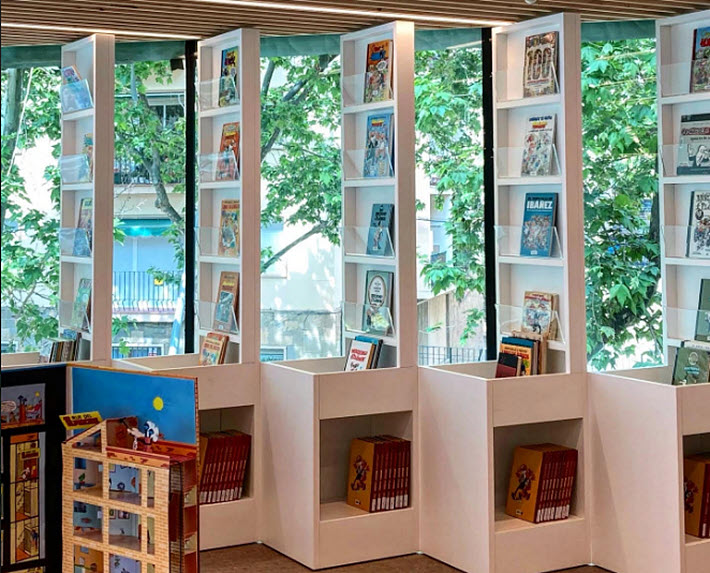 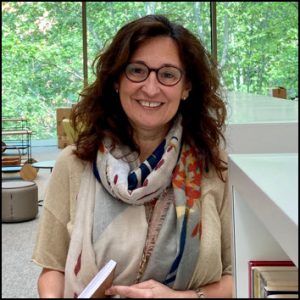 She says that one of the unique elements of this week’s Festival KM Amèrica is that each year a contemporary work from Latin America will be adapted for theater and performed on the closing day of the festival. This time, Argentinian author Ariana Harwicz’s novel La débil mental, (Feebleminded, Marculce, 2014) is being adapted and directed by Elena Fortuny.

Twenty-two authors are expected to be included in the festival, coming from countries including Mexico, Argentina, Peru, Costa Rica, Ecuador, Chile, the Dominican Republic, Puerto Rico, and Colombia. Mexican author and Barcelona resident Eduardo Ruiz Sosa is the festival director.

Castellano has worked in 24 of Barcelona’s library branches and this will be her fourth time running a branch. The library is organized around a light well, with the lowest floor a space for children, and the highest floor a quiet zone. There’s a conference room with seating for 100 people. Comfortable armchairs abound and there are even several hammocks, which Castellano refers to as chinchorros, the way García Márquez described them in a Colombian setting.

“We’ll see how this Nordic design works in our Mediterranean society where libraries aren’t very quiet,” Castellano says with a smile, “because we aren’t quiet people.” She says she likes the philosophy around a library as a social space, or a third space that’s neither your home nor your workplace.

The library has 40,000 books and documents available, and Castellano says she has an annual budget of €30,000 (US$31, 245) to spend. Another project she says she’s looking forward to is a community radio station run by the library network with content provided by librarians as well as the public.

Part of the challenge of running a library, Castellano says, is finding time to read. She says her favorite books and authors from Latin America include García Márquez–with a particular fondness for Love in the Time of Cholera–as well as Peruvian author Julio Ramón Ribeyro and Argentinian authors Roberto Arlt and Jorge Luis Borges.

“I like Borges very much,” she says, “because he also wrote so much about libraries.” 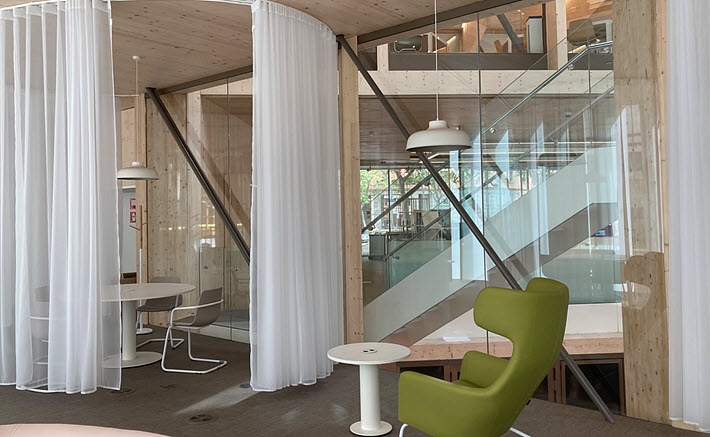