Moved to May from February, Paris’ Maghreb Orient des Livres focused on the six-year Algerian War and independence from France. 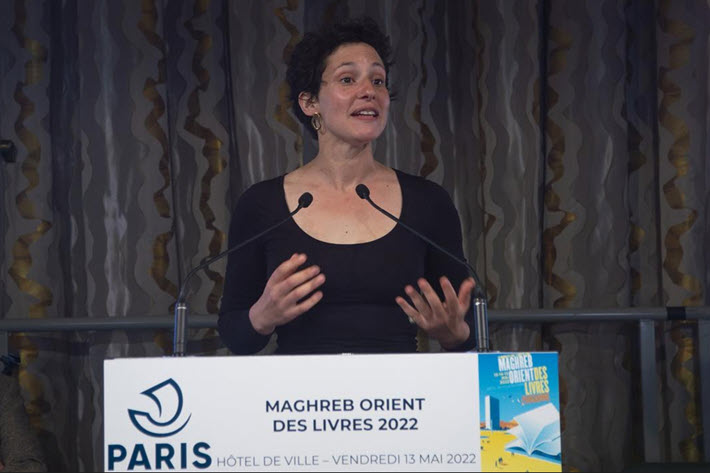 This Year’s Theme: The Algerian War

Paris’ annual Maghreb Orient des Livres—which celebrates literature from the Middle Eastern and North African (MENA) region—is usually held in February. This year, it was postponed to May. Hosted in the city’s Hotel de Ville in which municipal institutions have been housed since the 14th century, the theme of this year’s book fair was the 60th anniversary of the Algerian war (1954-1962) and its subsequent independence from France, which occupied the country for 132 years. 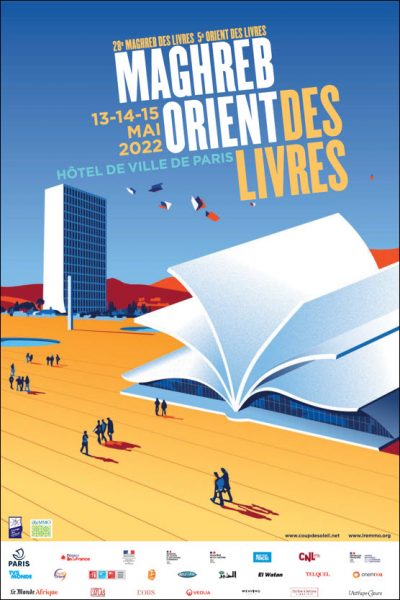 The fair was opened by author Alice Zeniter, whose award-winning semi-autobiographical novel, L’Art de perdre (Flammarion, 2017)—The Art of Losing translated by Frank Wynne (Macmillan / Farrar, Straus and Giroux, 2021)—explored her family’s history, its link to Algeria and complicated relationship to colonialism, war, and immigration. On May 23, the book won the €100,000 (US$106,199) Dublin Literary Award. In that program, the author gets 75 percent of the purse and the translator 25 percent.

At Maghreb Orient des Livres, Zeniter quoted the Nigerian author Chimamanda Ngozi Adichie from a 2009 TED Talk on “the danger of a single story” showing “people as one thing, as only one thing, over and over again, and that is what they become.”

Zeniter underlined the importance of multiple stories, of polyphony in storytelling. “Linear tales are always the tales of kings and masters,” she said. “In my research on Algeria, I noticed that if there’s a single story that’s told about a territory, then it’s a way of imposing silence.”

Today, however, stories about Algeria and France are becoming more diverse, Zeniter said. She cited as an example the recent Arte documentary En guerre(s) pour L’Algérie (At War(s) for Algeria), which recounts the eight-year war using extensive archival footage and interviews from all sides of the conflict.

In a panel focused on the inheritance of the Algerian war in Algeria and France, authors, historians, and researchers discussed with moderator and academic Yves Chemla the scars that colonization and war left on generations of Algerians and French citizens.

“It has been 60 years, yet it continues to be painful,” Chemla said, adding that many from the war generation are no longer alive, “but their descendants have a distressing inheritance.” 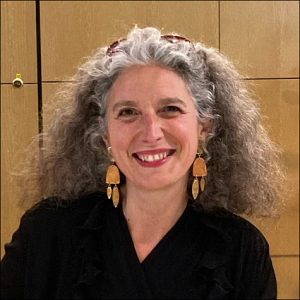 Academic Paul Max-Morin said that in his research for a recently published book, Les jeunes et la guerre d’Algérie (Youth and the Algerian War, PUF, 2022), he found that 39 percent of the younger generation has a grandfather or grandmother affected by the Algerian war. The war is like “the ghost around the table,” he said, quoting his co-panelist, Raphaëlle Branche, who is a historian and co-author of En guerre(s) pour L’Algérie and its related book, En guerre(s) pour L’Algérie: Témoignages (Éditions Tallandier, 2022).

Max-Morin said French children are taught about the Algerian war in school, but not necessarily about colonization and the complicated social stratas that existed. Many were often divided politically but not culturally. These could include “pieds noirs”– French and other Europeans born in Algeria under French rule–as well as Algerians and Harkis–Algerian Muslims loyal to France during the war and later mistreated both by the French and the Algerians.

Comics artist Fred Neidhardt spoke about visiting Algeria and his father’s home for the first time since his parents left in 1962 and never returned, which led to the creation of his graphic novel Alger-Retour (Éditions Marabout, 2022). 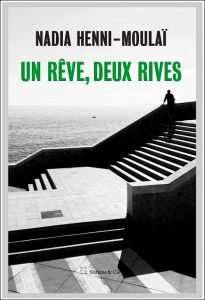 In Nadia Henni–Moulaï’s Un rêve, deux rives (One Dream, Two Shores, Éditions Slatkine et compagnie, 2021) she tells the story of her father’s secret and silent life, from living in Kabylia when Algeria was still a colony, to his emigration to France in 1948. Her father was part of Algeria’s National Liberation Front but based in France, and Henni-Moulaï examines this political and historical aspect of her father’s life, as well as her own, growing up in a working-class suburb.

Author Marie–Claude Akiba Egry’s L’enfant qui se taisait (The Silent Child, Gallimard / Collection Blanche, 2021) is inspired by the real story of her father’s disappearance from his village in Algeria a few days before independence, and how her mother searched for him before turning to silence. It wasn’t until 1982 when she had her first child that she began to think about her family history as Algerian Jews. She travelled to Algeria to investigate but encountered resistance in finding any tangible evidence. She realized it had only been 20 years since his disappearance and “20 years is nothing where history is concerned.” 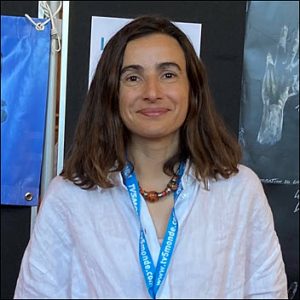 She said the idea for the magazine came about during the Hirak, the peaceful protest movements in 2019, and ensuing debates around women’s place in Algerian society. Funded by the Friedrich Ebert Foundation, the magazine is bilingual in French and Arabic and contains essays and some fiction. The annual publication is expected to bring out a special edition in November focused on women who participated in the Algerian revolution.

Other panels included a discussion about book publication on both sides of the Mediterranean. The French Institute has been running a €1 million pilot project (US$1.6) since 2020 called Livres des deux rives (Books for Both Shores), which focuses on professionalization of the book sector in the Maghreb, and funding for translation as well as helping books circulate from south to north.

Algerian author and academic Lynda Nawel Tebbani said she hoped the Livres des deux rives initiative would bring to light the changes and vitality in the literary world in Algeria today, with a better knowledge in France of young authors and new publishing houses. 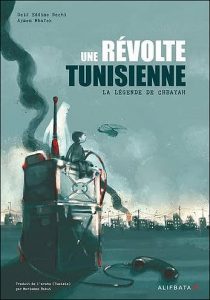 Simona Gabrieli, who runs Les Éditions Alifbata in Marseille and publishes comics and graphic novels from the Middle East and North African region, said she was able to benefit from funding from this initiative with Alifbata’s latest graphic novel Une Révolte Tunisienne, la légende de Chbayah (A Tunisian Revolt: The legend of Chbayah), which was published in both French and Arabic.

The book fair was also an occasion to mark the 50th anniversary of the Actes Sud imprint Sindbad, which publishes contemporary Arabic literature in translation. Farouk Mardam-Bey, a writer and editor who has been with Sindbad since 1995 and has brought Arabic literature to France, spoke about the history of Arabic literature in France with two Arabic-to-French translators and two of Sindbad’s authors.

“Perhaps one day, thanks to Farouk’s work, Arabic literature will be as successful in France as literature from Latin America,” said Tunisian author Habib Selmi. He said he’s grateful to Mardam-Bey for showing that authors in the Maghreb also write in Arabic, as he does, and not only in French.

Yemeni author Habib Abdulrab Sarori quipped that when he first arrived in France, he reread books by Arab authors translated into French to improve his language skills. The books, of course, were all published by Sindbad.

More from Publishing Perspectives on the French market is here. More on the Arabic language and the book business is here, and more on publishing and literature in the Arab world is here.