Exhibiting publishers from more than 80 nations participated in an Abu Dhabi International Book Fair that staged more than 650 events. 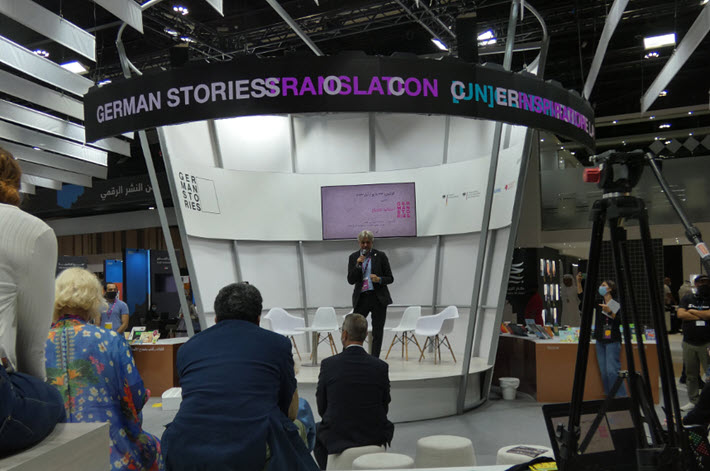 As Publishing Perspectives readers know, the return to a fully in-person, physical staging of the 31st Abu Dhabi International Book Fair was a major undertaking this year, and in a region of world publishing that’s highly dependent on its public-facing book fairs for income.

The Abu Dhabi International Book Fair is a production of the Abu Dhabi Arabic Language Centre, which is helmed by Dr. Ali Bin Tamim.

Having led the opening of the fair this year with the inaugural staging of the bilingual International Congress of Arabic Publishing and Creative Industries, Bin Tamim then presided over a smoothly produced, 73,000-meter fair—a visibly big exhibition floor, even for Abu Dhabi’s sprawling National Exhibition Centre.

The Abu Dhabi fair has entered its fourth decade with a final count of exhibiting publishers of 1,130—a handsome gain over last year’s 889 publishers.

This year’s presses reportedly came from 80 countries. In fact, 880 of them were international exhibitors. 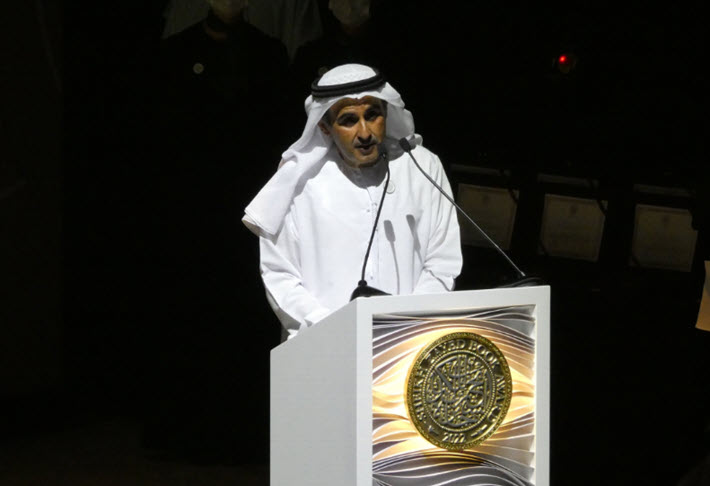 “It was a pleasure to welcome back the international publishing community to the Abu Dhabi International Book Fair for a successful 31st edition,” Bin Tamim says. “Newly re-invigorated, we were proud to present a platform for publishers to meet face-to-face, providing tangible opportunities for collaboration between the Arab region and the globe.

“We were particularly delighted by the response to the inaugural International Congress of Arabic Publishing and Creative Industries, which included discussions on the latest innovations in publishing and technology, and we look forward to seeing how the industry responds to calls for increasing digital engagement, particularly in light of the grants that the Arabic Language Centre has introduced.”

In the wake of the most critical moments in the pandemic years so far, many book publishers and retailers in the international industry struggled to make a quick and effective jump to digital, and a particularly cogent line now has been drawn between the need to engage young readers in literature and the channels of access and marketing that the digital framework provides.

In line with these points, our coverage includes interviews with Hany Kamel of TikTok Middle East, and with Disney Streaming Services consultant Maha Abdullah, whose specialty is in bringing full localization to the production work of studios, something she has also done with Netflix.

What’s more, the Arabic Language Centre—no rest for the linguistic—has gone right on to hold a special symposium in Paris on Friday (June 3), a special Tarjama (“Translation”) event in collaboration with the Institut du Monde Arabe. Under Bin Tamim’s direction, the symposium highlighted how translating languages is a means of sharing thoughts and ideas. In a series of lectures, speakers also explored the rich history of the Arabic language and the future of the language in France.

We hope to have more on that event from Paris shortly. 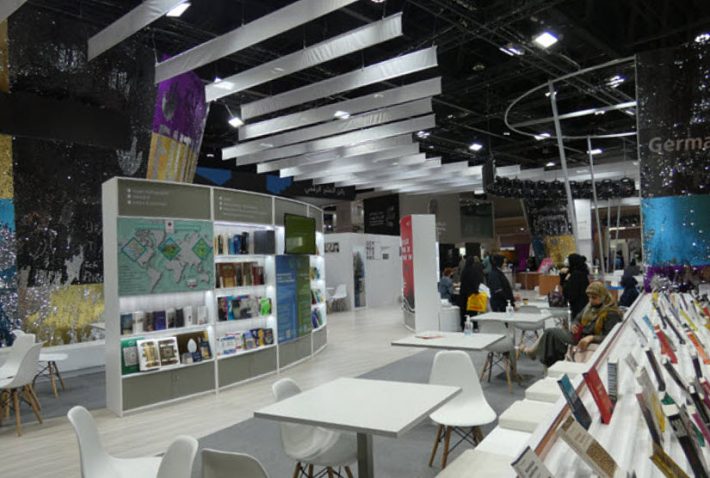 Meanwhile, the fair in Abu Dhabi—which, like the Arabic Language Centre is housed under the aegis of the emirate’s Department of Culture and Tourism—reports that the return of Guest of Honor Germany included a delegation of 80 German publishers, writers, illustrators, translators, and journalists, with a program that boasted 40 special events and a cohort of 34 exhibitors.

“We’re very pleased that so many German exhibitors made use of Germany’s role as this year’s guest of honor to learn more about the book markets in Arab countries.”Juergen Boos, Frankfurter Buchmesse

The German presence was set around an imposing, sleek stand with multiple meeting areas, displays of books, and a stage with audience seating.

“We’re very pleased that so many German exhibitors made use of Germany’s role as this year’s guest of honor to learn more about the book markets in Arab countries and to make contact in person.”

During the course of the Abu Dhabi show’s run, a reported 650 program sessions took place over the week, involving more than 850 guests and speakers.