‘In the Coming Weeks’

As Publishing Perspectives readers will recall, Beat Technology, based in Bergen, specializes in creating digital content platforms customized to the needs of various companies.

As Beat’s CSO Nathan Hull has discussed in the past, a part of the company’s concept envisions various publishers coming together in such a venture, which can mean that the combined attractiveness of their offerings may capture much of their digital retail potential without the intermediary of a major digital-product platform that might be based in Seattle or Stockholm.

Today (May 11), we have news from Hull that a new platform is being built for a consortium of Dutch publishers. The group comprises:

They’re working in partnership with the Veronica media group and the Libris.nl chain of independent bookstores to open subscription service offering audiobooks, ebooks, and podcasts at a monthly flat rate of €12.99 (US$13.68).

The new service is called Fluister–Dutch for Whisper.

We’re not yet being given a specific date for when Fluister will start whispering. Binnenkort beschikbaar on the site means available soon. Hull says “in the coming weeks”–which, of course, is a somewhat unnervingly open-ended phrase for simply “in the future.” As in any new venture, it will be a gesture of good faith to prospective subscribers if Beat and its partners will set a date, announce it, and stick to it. One news report running parallel to ours is mentioning June.

Hull says that the offering is expected to open with a large inventory of content in both Dutch and English “with unique titles, Libris bookstore integrations, and more.” Imprints initially involved are to include Atlas Contact, Ambo Anthos, Querido, Arbeiderspers, AW Bruna, and De Bezige Bij.

The consortium of these houses, Hall says, “jointly controls more than half of the Dutch audiobook market.” 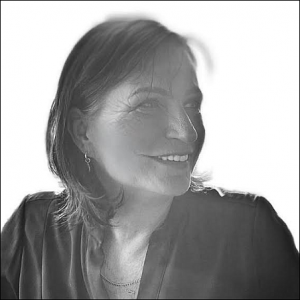 A managing director is in place for the new platform, Josja Zijlstra, is quoted in Beat’s media messaging, saying, “There’s a huge appetite in the Netherlands for consuming books digitally.

“But until now there hasn’t been a model that was fair to the publishers, nor [have they been able to] receive user-habit data.

“We wanted a Dutch service founded by the Dutch industry. In Beat Technology, we found a partner with vast experience in working with Europe’s major publishing houses, building subscription businesses, and with a world class UX for our consumers.” 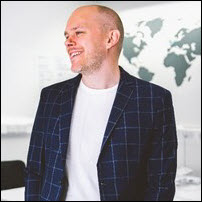 And Hull says, “I know first-hand the size of the opportunity in the Netherlands if the stars were to align as they have here.

“Pulling together these major publishing powerhouses, a media giant, and Libris’ chain of physical bookstores has taken a monumental effort by all involved.”

The hope, he says, is that Fluister will “provide a reading, listening, and browsing experience like no other for literature fans.”

Beat’s roster of service platforms is growing, and now includes:

Together, Hull says, those services serve an aggregate pool of some 250,000 paying subscribers.