‘We’ve basically handed over our core communication and information infrastructures to a handful of oligarchs,’ the Annenberg School’s Victor Pickard says. 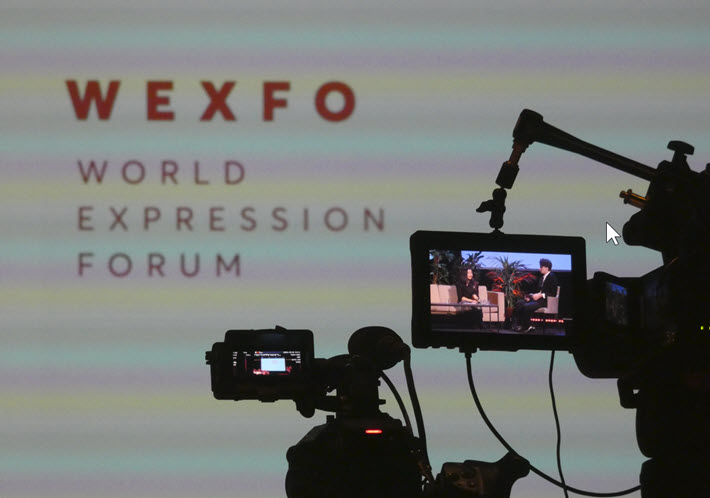 ‘Easier To Say Than Do’

The answer to the billion-dollar question—”Actually, that’s a tens-of-billions-of-dollars question,” Victor Pickard says—is, “Unless we have radical structural reform, we’re not going to get the results that we want to see, the results that democratic society requires.

“I’ve tried to step back a little bit and have us all reflect on the absurdity of a situation where we’ve basically handed over our core communication and information infrastructures to a handful of oligarchs to make decisions for all of us.

“No democratic society should be designed that way.”

Pickard speaks Monday (May 30) on “Protecting Journalism and Defending Freedom of Expression,” in the opening-day agenda of Kristenn Einarsson‘s new World Expression Forum (WEXFO) at Lillehammer.

Einarsson, well-known to Publishing Perspectives readers, is the International Publishers Association (IPA) Freedom to Publish chair and has served as CEO of the Norwegian Publishers Association and chair of RiksTV and Norges Television. The 2022 shortlist of the IPA Prix Voltaire, which honors valor in the face of censorship, is to be announced Monday at the WEXFO dinner. 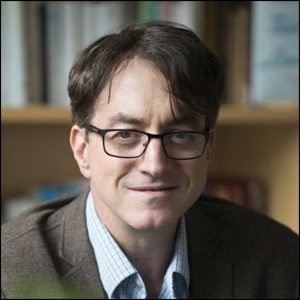 On the springtime launchpad of Elon Musk’s bid to control Twitter, Pickard wrote at The Nation:

“While Musk has described himself as a ‘free speech absolutist,’ it’s clear that this commitment doesn’t apply to those in his employ.  … “It appears that Musk’s allegiance to free speech applies only to powerful people like himself, while those working under him are forced to settle for quiet obedience.”

And free speech—in an age of prevasive technologies, their looming platforms, and the gathering dynamics of authoritarian power-grabs—is at the core of WEXFO’S concerns this week.

Throughout these two days of inquiries and interventions, there’s a strong parallel recognition of exactly what Pickard is known for defining: journalism has become a canary in the besieged mines of free expression. 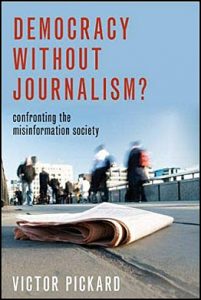 Democracy Without Journalism? focuses on what Pickard sees as “commercial journalism’s collapse,” and he’s acutely concerned about “news deserts,” which he calls “entire regions bereft of news-media coverage and access to reliable information.”

Pickard is in place at WEXFO to put a question on the table about journalism—about its critical role in the character and quality of free speech, and about the urgent imperative to protect journalistic standards and practices in a world where takeovers may not refer only to social-media platforms.

Nobel Prize laureate Dmitrij Muratov will speak on “Freedom of Expression at War.” His co-winner of the Nobel, Maria Ressa, will ask the WEXFO community “What Are You Willing To Give Up for the Truth?”

That title is featured in a workshop that Publishing Perspectives will moderate on Tuesday (May 31) with Solberg and Access Now’s Felicia Anthonio joining us.

This closeness of platforms, technology regulation, and journalism’s sustainability is hardly a surprise to specialists like Pickard.

“The evidence is glaringly clear that the market cannot support the level of journalism that a democratic society requires.”Victor Pickard

“I run into this all the time,” Pickard says in a live video interview, conducted from Abu Dhabi, “particularly when I’m talking about how we need to subsidize journalism. That, of course, for Nordic countries is not an alien concept whatsoever. And in the United States’ context, I’m often simply advocating that we spend more toward our public media system, just to try to bring us up to global norms.

“State capture is something we should always be concerned about. But at the same time, there are institutional safeguards that we can put into place,” Pickard says.

“We need to denaturalize the assumption that if we just let the market drive these processes, that that’s somehow a democratic expression, in and of itself—as if that’s somehow a great arbiter of democratic choice, when in fact, there’s accumulating evidence to show the exact opposite.”

‘This Point of Resignation’

“A lot of what I’m simply trying to do is say,” Pickard tells Publishing Perspectives, “is that we need to move away from what you might describe as a ‘liberal’ paradigm—I think of it more in terms of a libertarian paradigm. 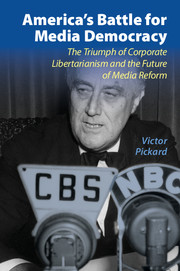 “Do we want to call this a social democratic vision? The public utility model is a useful framework—where we start treating these platforms as resources that have collective utility, and thus we need to democratize these decisions.

“It’s easier to say than to do,” he says quickly.

“And exactly how that should look, in and of itself, should also be part of a democratic conversation. I don’t purport to have easy answers to these wicked problems,” Pickard says. “But I’d like us to start framing some of these debates a bit differently.”

Pickard’s key concern surfaces as he talks about the search for the answers to those “wicked problems.”

“The evidence is glaringly clear,” he says, “that the market cannot support the level of journalism that a democratic society requires. I used to have to fight over this point ad nauseam about a decade ago, and now reality is making the case for me.

“Systemic market failure is baked into the very DNA of the commercial media model. That has always been there, but now we’re seeing it metastasize.”Victor Pickard

“Now, the question is, ‘Okay, if the market’s not going to do this, what’s to be done?’

“We’re still at this point of resignation. We’re seeing market failure, what I would refer to as systemic market failure. It’s baked into the very DNA of the commercial media model.

“That has always been there, but now we’re seeing it metastasize. So now the question is, are there alternatives?

“What can we do about this problem?”

Information on last-minute digital-stream tickets for WEXFO is here.