An accolade just in time for author Patricia Lockwood: she’s now 40, no longer eligible to be proposed for a Dylan Thomas Prize. 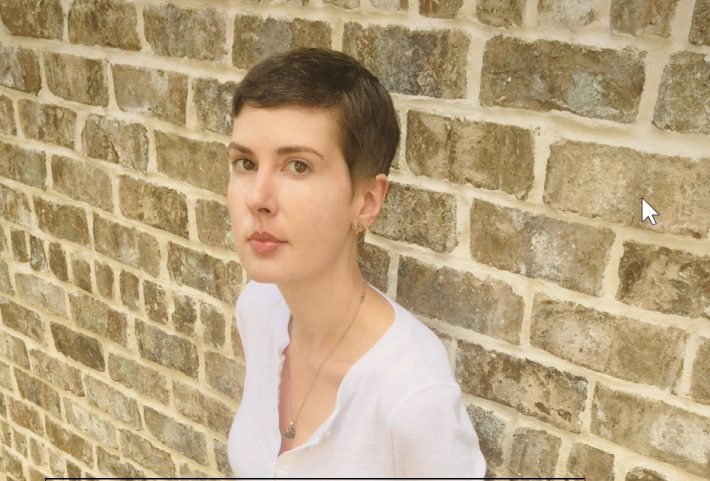 Lockwood: ‘I’m Over the Moon’

In Wales, Swansea University’s £20,000 (US$24,470) Dylan Thomas Prize—a 16-year-old program for writers who are 39 or younger—has named the American author Patricia Lockwood its 2022 winner.

Lockwood’s winning debut novel, No One Is Talking About This (Bloomsbury Publishing), was also shortlisted for the 2021 Booker Prize for Fiction and for the Women’s Prize for Fiction in 2021. The book is themed on the effects of Internet culture in an age of social media.

Lockwood was unable to be at the award ceremony in the late poet’s hometown of Swansea, organizers of the prize report, having become ill en route.

In a message, Lockwood wrote, “I’m sitting here in my London hotel room on codeine, and I’m over the moon—actually, a little more codeine and I could probably convince myself that Dylan Thomas were here with me.

“I can’t wait to see the prize itself—I don’t know if it’s a pyramid or a crystal ball or a reproduction of the great man’s head. Whatever it is, I’m looking forward to setting off security systems with it at the airport.

‘I’d like to say a little bit more in the future about how Dylan Thomas’ writing shaped me, but for now I’d just like to offer my deepest respect and admiration to all the other finalists, and my thanks to the prize and Swansea University for supporting young writers.

“Sadly, I am no longer one of them. But maybe that’s why this was my year.”

Lockwood reached her 40th birthday on April 27. The prize has its cutoff at age 39 because that’s the age at which Dylan Thomas died. 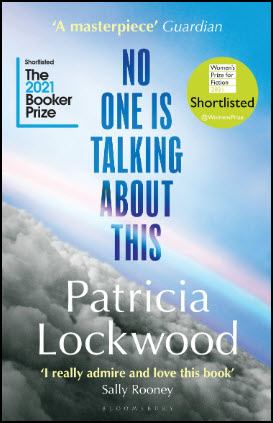 The ceremony that Lockwood wasn’t there to enjoy was held at Swansea University’s Great Hall on Thursday (May 12), as is the program’s custom, two days before International Dylan Thomas Day, an observance supported the Thomas estate. The first onstage reading of Under Milk Wood was given on May 14, 1953, at New York City’s 92nd Street Y. Thomas would die later that year, in November.

Gokhale is quoted in a prepared statement, saying, “No One Is Talking About This is a vital reflection on online culture today.

“A deeply timely winner, Patricia Lockwood is the voice of a generation of new writers who grew up under the constant pressures of real-time news and social media.”

The jury’s Alan Bilton is quoted saying that he felt the book was”‘inventive, smart, and hyper-self-aware,” describing Lockwood as “the patron saint of digital natives, an explorer who has navigated the Twittersphere and knows: ‘Here There Be Monsters.’”

Reviewing the shortlist for you from our coverage of April 4:

As our regular readers know, the nearest accolade in the Dylan Thomas’ bracket—younger writers, professionally published—is the Sunday Times Charlotte Aitken Trust Young Writer of the Year Award. In that case, eligible authors must 35 or younger.

This is Publishing Perspectives’ 90th awards report published in the 94 days since our 2022 operations began on January 3.