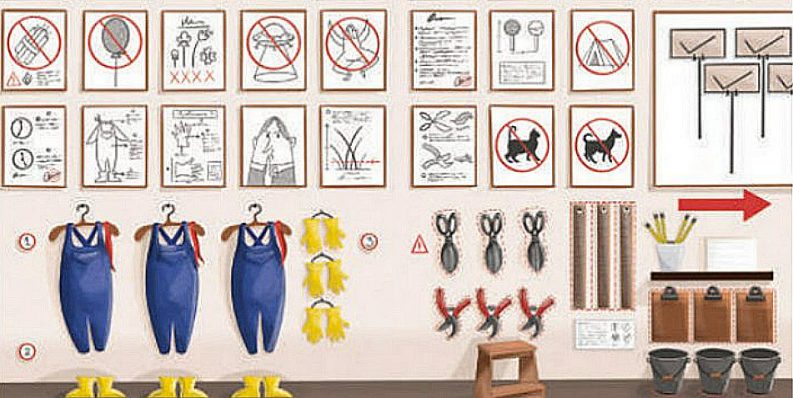 Titles in this Rights Roundup come from Turkey, Spain, France, Finland, and Sweden. 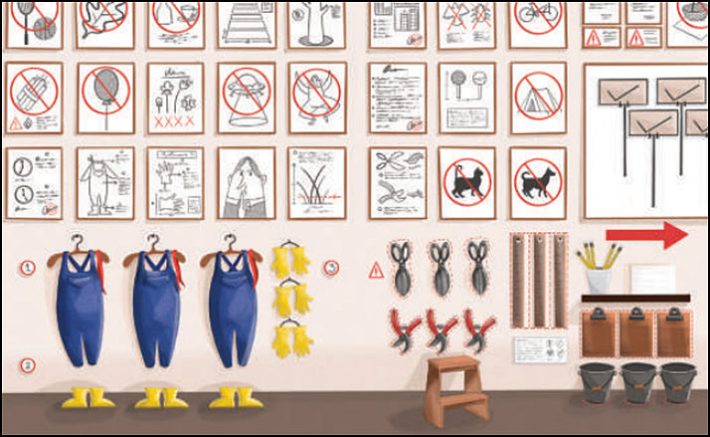 An illustration excerpted from Gözde Başkent’s Arabic-language ‘Meteor!’ — all about disruption in a world that likes its routines. Image: Gözde Başkent, Kovan Agency

Finland and Russia, an Earlier Round

As Katrin Bennhold, Matthew Mpoke Bigg, and Andrew E. Kramer report today (May 20) at The New York Times, “Russia said Friday that it was suspending gas shipments to Finland because the Finnish gas company had failed to make payments in rubles.

“But the Kremlin has used Russia’s energy supply as a political weapon in the past, and previously threatened ‘retaliation’ against Sweden and Finland should they move to join NATO. Last weekend, Moscow suspended electricity exports to Finland after the country’s intention to join the alliance had become clear.”

And one of our Rights Roundup titles today, The Finnish Factor: Kekkonen, Kennedy, Khrushchev, and the Cold War, looks back to another time six decades ago when Finland had become a potentially pivotal player between the major powers. 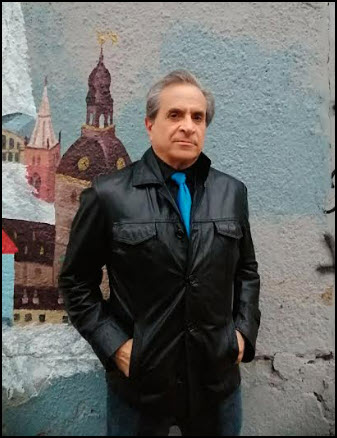 The book’s Riga-based author, Gordon F. Sander, is a journalist and historian, who wrote for Politico on March 7, “To be sure, there are differences between the crises the United States faced in 1961 and now.

“Unlike Putin, Khrushchev hadn’t actually started a new European war, although with Soviet tanks about to face off at Checkpoint Charlie in Berlin he certainly seemed to be itching for one. Niinistö is, if anything, a more formidable figure than Kekkonen, who was seen by many as something of a Soviet stooge. And Biden bears little resemblance to JFK in terms of his age and reputation.

“Nevertheless the similarities between the two meetings, as well as the backdrop of Russian aggression against which they were set, are striking.”

The book leads off our Rights Roundup today, with the word from Elina Ahlback at her agency that the Estonian rights have just sold to Varrak.

As luck sometimes has it, the timing looks good for this new release about geopolitical tensions of the past that now begin to echo the present.

The Finnish Factor:
Kekkonen, Kennedy, Khrushchev and the Cold War 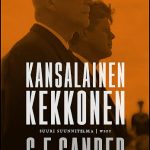 The Pulitzer Prize-nominated journalist Gordon Sander’s book about the Cold War looks at the tensions of the autumn of 1961, when Soviet and American tanks faced off at Checkpoint Charlie in Berlin.

“In an explosive confrontation known as the Berlin Crisis which many feared might lead to World War III. At the same time, 930 miles to the north in Finland, the USSR and the United States were squaring off in a confrontation over the Kremlin’s desire to maintain its sphere of influence over that country.” 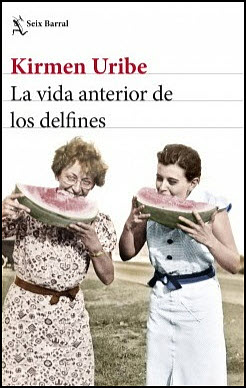 The Past Life of Dolphins

“According to an old Basque legend, dolphins, in a previous life, used to be humans.

“They became dolphins by falling in love with the mythical laminak, which resembled a mermaid. By taking that step, their lives changed completely. 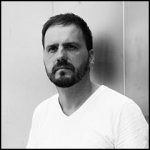 “The lives of migrants also change when they start to leave the borders of their home countries and, once this journey has started, the paths change and become different from what one expects.

“This expansive novel follows three different story lines: Kirmen Uribe’s research at the New York Public Library about the life of pacifist activist and suffragette Rosika Schwimmer; the life of his own family in New York between 2018 and 2021 against the backdrop of the stormy end of Trump’s presidency and the pandemic; and the reminiscences of a past friendship linked to a small coastal town in the Basque country where the writer grew up with a group of revolutionary women.” 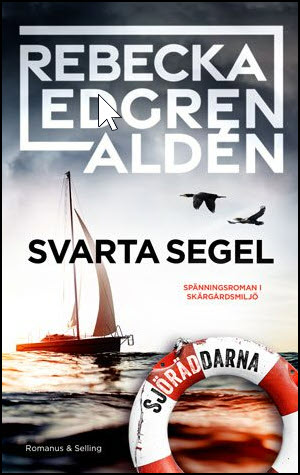 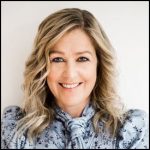 “Black Sails is a psychological thriller that takes place in one of Sweden’s most beautiful and beloved environments, the Stockholm archipelago.

“Increasing tension and claustrophobic atmosphere in a shaky sibling drama on board a sailing boat some scorching hot days of July. Set in one of Sweden’s most beautiful and beloved environments, the seductively beautiful Stockholm archipelago. It’s the first part in The ‘Sea Rescue’ series, where we will follow a small, tight-knit group of Sea Rescue volunteers.

“In this first part of ‘The Sea Rescue’ series, we follow a small, tight-knit group of sea-rescue volunteers. Increasing tension combines with a claustrophobic atmosphere in a shaky-sibling drama aboard a sailing boat during hot days in July.” 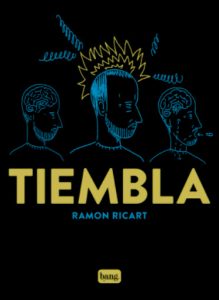 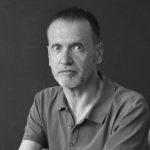 Tiembla is a graphic-novel memoir. At the age of 47, Ricart was diagnosed with a disease that he thought was “for old men.” Parkinson’s.

“Tiembla is the daily story of confronting and accepting a neurodegenerative disease, while at the same time a personal reflection on how to lead a new life in the company of the disease.

“The clear line stroke accentuates the author’s plain and undramatic tone to find answers to an uncertain future.” 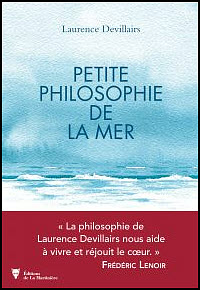 A Short Philosophy of the Sea

“After the success of A Short Philosophy of Birds—which has been translated in 20 foreign countries and has sold 10,000 copies in France alone—here’s the second title in this collection, which shares deep wisdom with the general public. 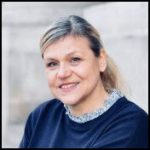 “[The book features] nearly two-dozen life lessons that the sea and its natural phenomena can give us, if we know how to observe them.

“After A Short Philosophy of Birds, what could be better than breaking the infernal tempo of our lives once again to listen to the gentle lapping of the tide?

“Through its ebb and flow, its way of covering the world and being so silently necessary to us, the great blue lady that is the sea can teach us a lifestyle that is more respectful of our natural rhythms, and more profound as well.’ 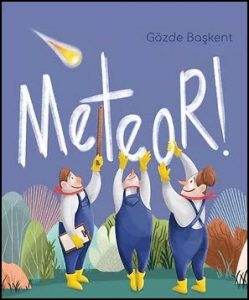 “A city that loves order. 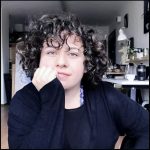 “These are the gardeners who make sure that a stray branch doesn’t hang over the pavement, that the flowers don’t bloom, that the grass is the same height, and that not a single insect lives.

“And their lives have been completely changed by a meteorite falling right in the middle of their garden.

“This is a book that ‘upsets the system.’ You’ll love meteorites.”

Do You Have Rights Deals To Submit?

More of Publishing Perspectives‘ Rights Roundups are here, and more from us on international rights trading is here.

Our special Abu Dhabi International Book Fair 2022 Show Magazine is here for your free download (PDF). More from Publishing Perspectives on the Abu Dhabi International Book Fair is here, and more on the United Arab Emirates’ market is here. More from us on book fairs and trade shows in world publishing is here. More on translation is here, and more on Arabic in the publishing world is here.