‘In order to enable the greatest possible planning security,’ organizers say, the 2023 Leipzig Book Fair will be delayed by a month, to April. 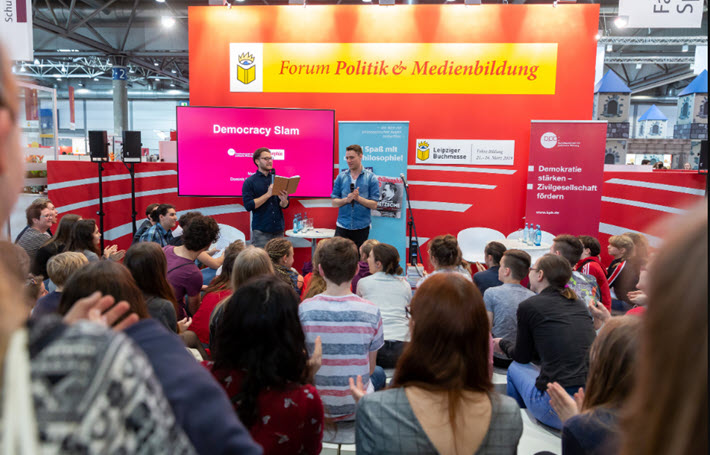 An event in the 2019 edition of Leipzig Book Fair. Image: LBM

Zille: ‘We All Want This Book Fair’

To the surprise of some in the world industry, Leipzig Book Fair today (May 16) has announced a postponement of its 2023 edition, from the anticipated late March dates to a bit over a month later, April 27 to 30.

This is the second schedule change the fair’s administration has gone through in some three months. Publishing Perspectives readers will recall an even more dramatic turnaround made by Leipzig’s leadership team this year, announcing on February 9 that “imponderables of the pandemic” and staff shortages had led to an outright cancellation.

That was the third time that the Leipzig fair administration—caught as it was in the brunt of the 2020 spring outbreaks—had made the decision to cancel the show. 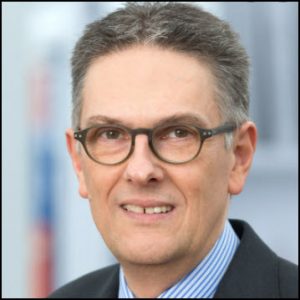 Oliver Zille, Leipzig’s fair director, is quoted today, saying, “This year’s cancellation triggered a real storm in the book industry, which showed us one thing: we all want this book fair, we need this meeting place for the book and media world—but the pandemic remains unpredictable.

“Despite this imponderability, in order to enable the greatest possible planning security, we are postponing the Leipzig Book Fair next year to the end of April.”

While details of the decision-making process behind the Leipzig decision are unclear, it strikes some observers as a move made rather early at a time when so many such major many book fairs, trade shows, and festivals are getting back onto their feet as in-person events.

Certainly, that’s the case this week here in Israel, where many members of publishing’s leadership are personally attending the Jerusalem International Book Forum, several of them saying the news from Leipzig has come as a surprise.

Registration for the Leipzig fair is expected to begin in August, when main themes for the program are to be announced. And in 2024, the fair’s administration has said that it intends to return to its dates structure in March.

In data on its performance in 2019, the Leipzig fair cites having 2,500 exhibitors from 46 nations drawing 286,000 visitors, making it easy to tell how important the show is to German publishers and other exhibitors.

“Every year, around 270 events take place–from trade fairs to exhibitions and congresses—with more than 15,500 exhibitors and more than 1.2 million visitors from all over the world.

More from Publishing Perspectives on the Leipzig Book Fair is here, more on publishing’s trade shows, book fairs, and festivals is here, and more on the German book market is here.