The president of the International Publishers Association stresses the need to develop women’s roles in world publishing. 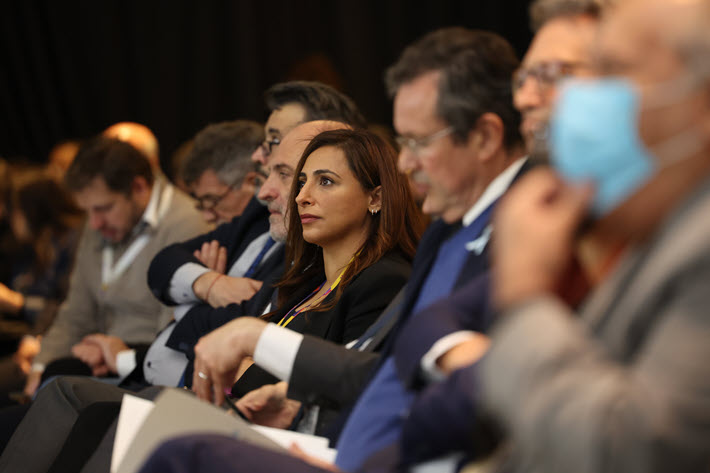 Speaking up among men for women: the International Publishers Association president Bodour Al Qasimi at a book fair event during her meetings in Bogotá and Buenos Aires. Image: IPA, Nabs Ahmedi

The  International Publishers Association (IPA) president Bodour Al Qasimi has wrapped up a trip to Argentina and Colombia in which her focus has been largely on women in world publishing, even as she attended the Buenos Aires Book Fair and the Bogotá International Book Fair.

The latter, known regionally as FILBo, is reporting today (May 11) a much more encouraging turnout than seems to have been expected, with at least 517,000 visitors from 30 countries during the 14-day run at Bogotá’s sprawling 53,000-square meter fairgrounds. With Guest of Honor South Korea in place, one of the most popular speakers at this year’s FILBO was Ban Ki-moon, who was between 2007 and 2016 the United Nations’ secretary-general.

Many if not most of Al Qasimi’s travels for the association during her term as president have been related to the organization’s efforts to quantify and address the complex challenges and setbacks encountered by publishers in so many international markets during the still-ongoing coronavirus COVID-19 pandemic. Many of her talks with publishers and others in the business during were influential in IPA’s two-year “Inspire” project, which issued a new report early this month.

In Latin America, Al Qasimi continued her meetings with national publishing association leadership figures, but she also returned to the theme that prompted her in 2019 during London Book Fair to establish the PublisHer network of women in the international publishing business.

What she stressed in meetings with publishers and other stakeholders in Argentina and Colombia was the need to “prioritize the empowerment and training of female publishers to build capacities, close skill gaps, and develop robust and inclusive business ecosystems.”

To that end, the centerpiece of her Latin American travels was a meeting with Maria Juliana Ruiz Sandoval, the Colombian first lady, at the presidential mansion, the Casa de Nariño.

Reports of the conversation say that Ruiz and Al Qasimi discussed women’s empowerment strategies in Colombia and in Al Qasimi’s homeland, the United Arab Emirates.  Al Qasimi also briefed Ruiz on progress made by her Kalimat Foundation, which, as Publishing Perspectives readers know, has worked not only to support young readers who are blind or otherwise sight-impaired but also to get Arabic-language literature to refugee children and families.

The foundation so far has reached close to 150,000 children in 19 countries, producing 30,000 accessible books and 15,000 books for refugee distribution. 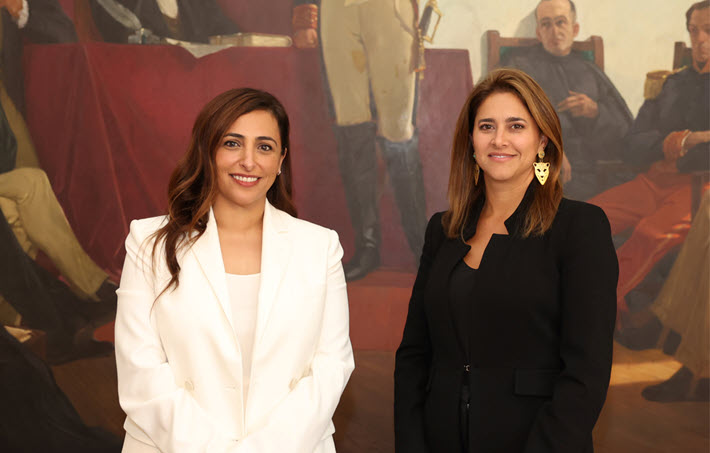 And in talks with officials of CERLALC, the Regional Center for the Promotion of Books in Latin America and the Caribbean–which is directed by former Grupo Planeta marketing chief Andrews Ossa–she talked about collaborative efforts in training women in publishing.

The difficulty that publishers are having in so many parts of the world in obtaining paper supplies was on the agenda in Al Qasimi’s meeting with member-publishers of Colombia’s book chamber, La Cámara Colombiana del Libro. As paper mills struggle at full capacity and in some cases prioritize paper packaging over print-quality production, publishers frequently mention the sheer unreliability of the supply chain at this point–nerve-wracking and draining.

Another high point of the trip: Al Qasimi was joined on a panel in Argentina by Ana Maria Cabanellas, president of Grupo Editorial Claridad in a discussion of approaches to supporting women in publishing’s leadership.

The moment was a pertinent reunion: There have been only two women presidents in the IPA’s 125-year history, and they are Al Qasimi and Cabanellas. 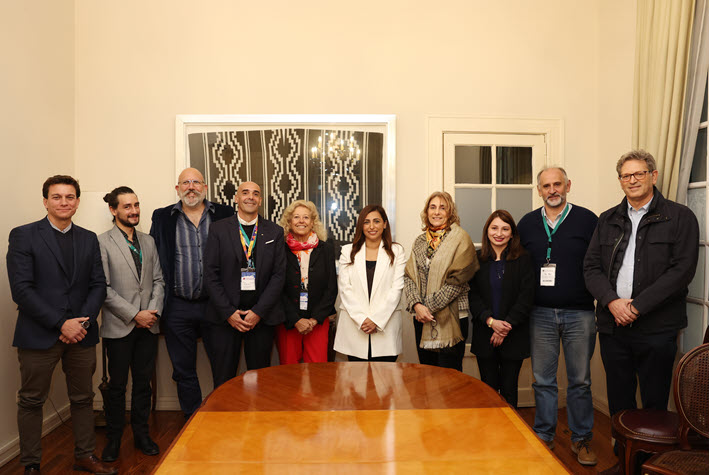 And another IPA president heard from: Hugo Setzer, who became the first Mexican president of the International Publishers Association, has been made the new president of Caniem, or Cámara Nacional de la Industria Editorial Mexicana, the national chamber of Mexico’s publishing industry.

He also, like Al Qasimi, who recently established an RRO for the UAE, has been closely involved in copyright protection, serving from 1998 to 2002 as the founding president of the Mexican Center for the Protection and Promotion of Copyright, CeMPro, a collective management society which recently worked with Copyright Clearance Center in a project to give educators rights to thousands of Spanish-language books.

Additionally, he’s the former chief of the committee for Latin America and the Caribbean at IFRRO, the international organization for reproduction rights protection.

Many in publishing know Hugo Andreas Setzer Letsche as the director of the educational publishing house Editorial El Manual Moderno in Mexico City, and he’s been an especially enthusiastic supporter with Al Qasimi of the IPA’s work in the freedom to publish, with its annual Prix Voltaire.

And we’ll leave you with a video of an interview with Al Qasimi, for El Tiempo in Bogotá.