Some 426 years after his death at age 11, Shakespeare’s son Hamnet and his twin sister have memorials at Holy Trinity Church. 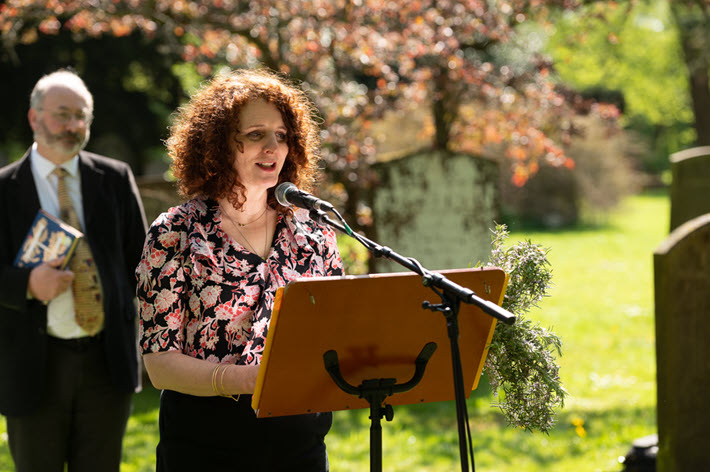 Maggie O’Farrell speaks, May 7, at the dedication of the new memorial to Hamnet and Judith Shakespeare in Stratford-upon-Avon. Image: Rupert Barnes

Two Trees and Plaques at Holy Trinity in Stratford

On Saturday (May 7), the Northern Irish author Maggie O’Farrell was in Stratford-upon-Avon at its new memorial to William Shakespeare’s son Hamnet and Hamnet’s twin sister, Judith.

Hamnet and Judith are said to be buried in the yard of Holy Trinity in Stratford but it’s not known where their graves are. Shakespeare, Anne Hathaway, and their oldest daughter Susanna are buried inside the church.

So O’Farrell has led a project to have a memorial established for the twins outside Holy Trinity.

Her visit to the memorial came a day before Sunday’s (May 8) close of the Stratford Literary Festival. Two rowan trees—European mountain ashes—now stand in memory of Hamnet and Judith, following Saturday’s ceremony.

During the event, Royal Shakespeare Company actress Hannah Young—a Stratford native, herself—read passages from Shakespeare’s plays. Two plaques are also in place, inscribed with quotes from Twelfth Night and Hamlet, scripts that O’Farrell has maintained were heavily influenced by the early death of Hamnet in 1596 at age 11. Judith, his twin, would go on to live to age 77, dying in 1662.

The quotes include this Act IV, Scene 5 passage from Hamlet: 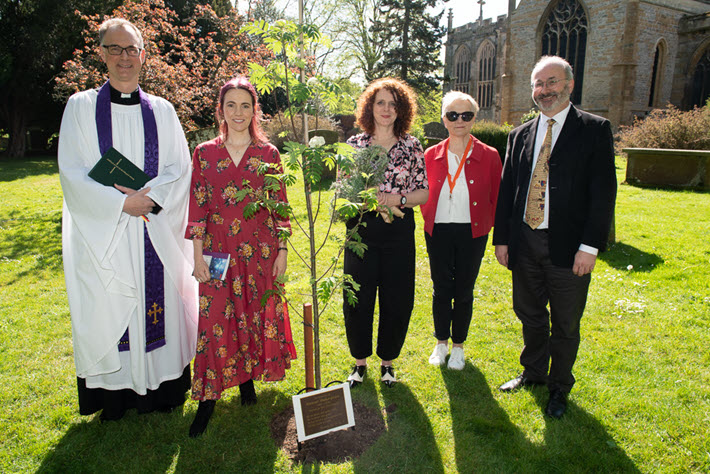 In her comments, O’Farrell said, “When I first visited Holy Trinity Church in 2017, I was saddened to discover that there was no gravestone to either of the Shakespeare twins. 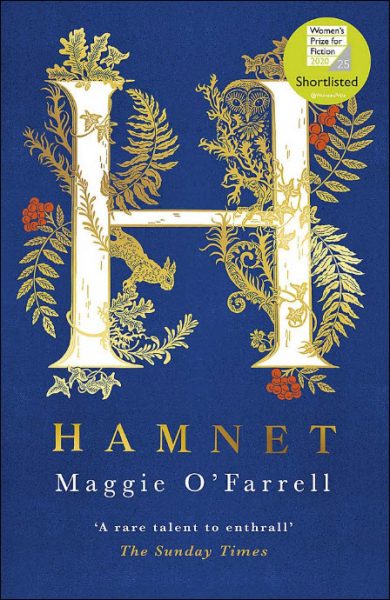 “It’s wonderful that the church and the town have come together to create this memorial.

“We owe Hamnet and Judith so much,” she said. “Separated twins surface again and again in Shakespeare’s plays; I believe that without Hamnet’s early death, we wouldn’t have Hamlet and we wouldn’t have Twelfth Night.”

Speaking for Stratford Literary Festival, its director, Annie Ashworth, said, “When Maggie approached us last year about exploring the possibility of a memorial to Judith and Hamnet in the churchyard, we were delighted to help. I loved the book and a memorial to the twins seemed long overdue.

“Tim Raistrick, the churchwarden, and Rev. Patrick Taylor, the vicar of Holy Trinity, have been enormously supportive in helping us to get permission to plant the trees, and it has become a real community effort.”

The Stratford festival has a sponsor, the Edinburgh-based investment management partnership Baillie Gifford, better known to Publishing Perspectives readers for its branded sponsorship of the Baillie Gifford Prize for Nonfiction. 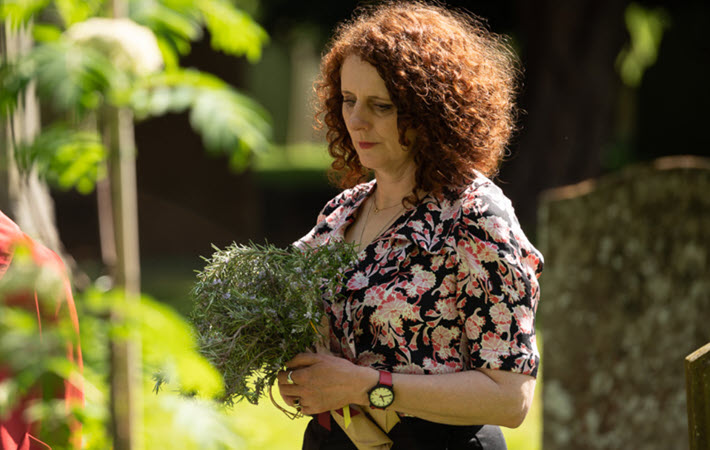