The UK’s Folio Society, at 75, creates a new award program for illustrators and issues a call for submissions. 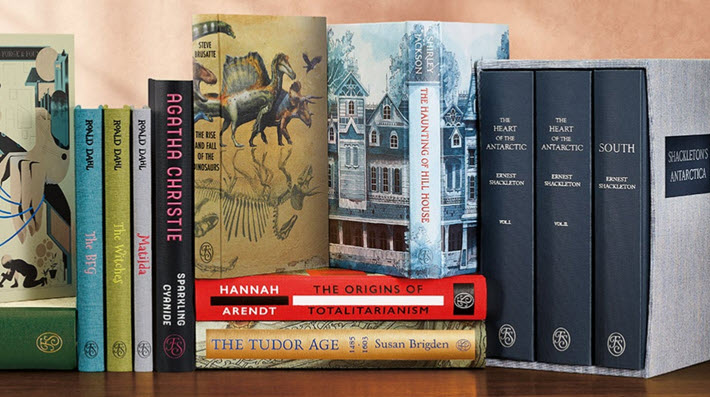 Image: From the Folio Society site

As part of its 75th anniversary events, the United Kingdom-based Folio Society has created the Folio Book Illustration Award with a £2,000 (US$2,463) cash prize for its winner and a £500 (US615) Folio gift voucher. 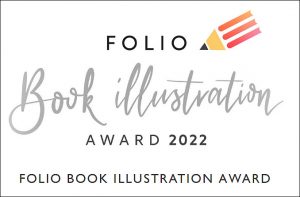 The award program is fully internationalized, open to all and without an entry charge. As the staff is pointing out, there’s a certain logic here. “Illustration is at the heart of everything we do,” the company’s messaging reads. Folio is an independent publisher that works with “existing titles from the world’s great works of fiction and nonfiction.”

Design and craft are the selling points for this house, including what the company describes as “traditional, long-lasting bookbinding and craft techniques,” as well as what it terms “innovative design and cutting-edge production methods and technology.”

If you’re unfamiliar with the Folio Society’s work, you may want to see our two-part 2017 feature on the work of Italy’s Elena and Anna Balbusso for a special edition of Margaret Atwood’s The Handmaid’s Tale. The first part of our coverage is here and the second part is here. And an interesting case study of the house’s work is found in the sculptor Alexandra Levasseur’s essay on two of the illustrations she has created for the Folio Society’s edition of Sylvia Plath’s The Bell Jar.

As it happens, this is a big month for the Folio Society not only for its new illustration award but also because the house has been shortlisted for one of the British Book Awards‘ most prized honors, Independent Publisher of the Year. The “Nibbies” are being presented on May 23 in London. And an interesting feature of the Folio Society as a publishing house is a recent development: In December, it became an employee ownership trust, a company owned by its employees. As the relevant slogan puts it, these are now editions of books “made for book lovers by book lovers.” 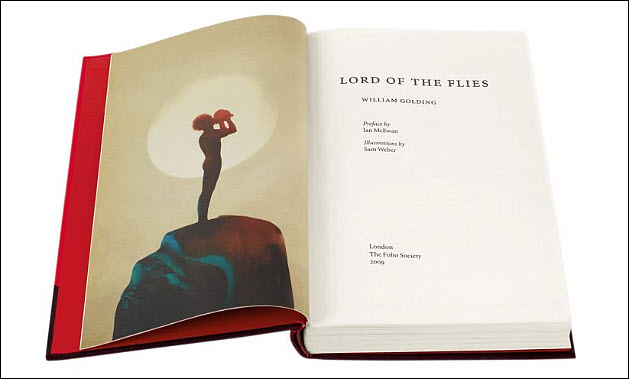 ‘The Masque of the Red Death’

The way the new Folio Book Illustration Award works is not unlike the Geisteswissenschaften International Nonfiction Translation competition for translators in which translators work on an assigned passage of literature. 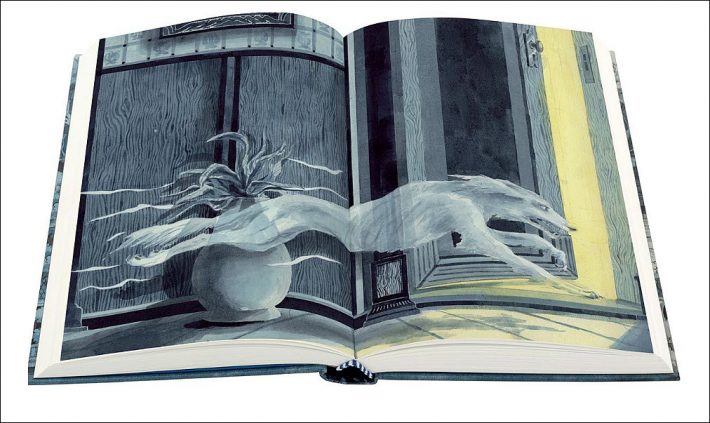 The inaugural round of the new illustration program has chosen Edgar Allen Poe’s 1842 The Masque of the Red Death as the literary focus of this year’s competition. No word on whether this choice has a connection with the still-ongoing coronavirus COVID-19 pandemic. “Artwork inspired by any source other than the set text will not be accepted,” the program warns.

In a prepared statement, the Folio Society’s publishing director, Tom Walker, is quoted, saying, “Taking this classic American writer, and inviting visual interpretations of his evocative and timeless short story, we hope to discover amazing talent from a diverse and distinctly 21st-century array of illustrators.

“We hope that artists from all over the world will bring their unique depictions of Poe’s chilling tale to contemporary and future generations.

“I’m confident it will be the start of many new, great careers.”

The Folio Society’s new illustration award program opened for submissions on May 4 and has a deadline of June 22.

Its longlist is to be released on July 27. Both the shortlist and the winner are to be announced at once—which will be appreciated by those who are weary of the long march of most programs through jury, longlist, shortlist, and then winner announcements—on September 8.

As in all competitions involving creative work, be sure to read carefully the terms and conditions, especially as related to the illustrator’s rights.

Here’s a Folio Society video on Dave McKean’s illustrations for the publisher’s edition of Neil Gaiman’s American Gods. Gaiman and McKean have collaborated on several projects in the past, and in this case the result is an edition of Gaiman’s novel with 12 illustrations including three double-page spreads.

This is Publishing Perspectives’ 88th awards-related report produced in the 91 publication days since our 2022 operations began on January 3.