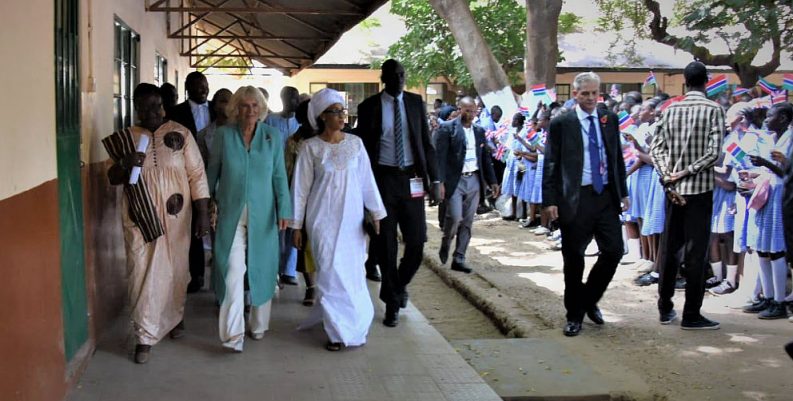 Taking up the patronage held by the late Duke of Edinburgh, Camilla now advocates for Book Aid International’s work of providing access to books. 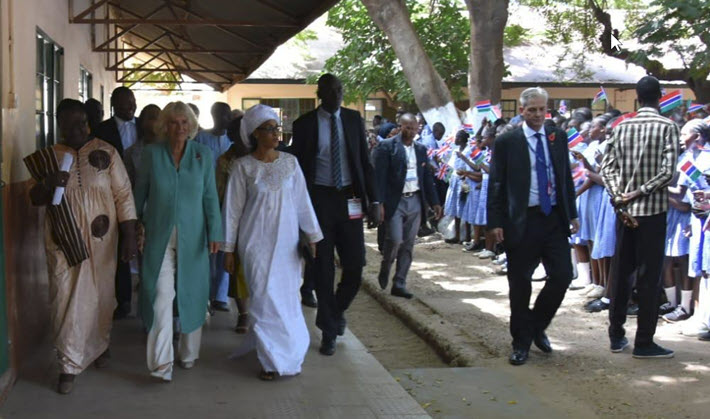 The United Kingdom-based charity Book Aid International is well known to readers of Publishing Perspectives for its provision of some 1 million or more books to underserved and struggling communities, often in quite remote parts of the world.

The charity relies not only on monetary donations but also on contributions from publishers of the new books—not used books or old editions—which are shipped to their beneficiaries.

Today (May 13), the organization has announced that Camilla, Duchess of Cornwall, has become the charity’s new royal patron.

Although some of our international subscribers may not have been aware of this, the late Prince Philip, Duke of Edinburgh, was Book Aid’s previous patron from 1966 until his death on April 9 at age 99.

Camilla’s interest in literature and literacy has been evident in her occasional appearances with the Booker Foundation‘s prize programs.

We’re now told by Book Aid chief Alison Tweed‘s staff that Camilla first saw the work of Book Aid International in the field on a visit to Gambia in 2018.

On that trip, she opened a new library at St. Joseph’s School in Banjul, the school being one of the facilities supported by Book Aid. 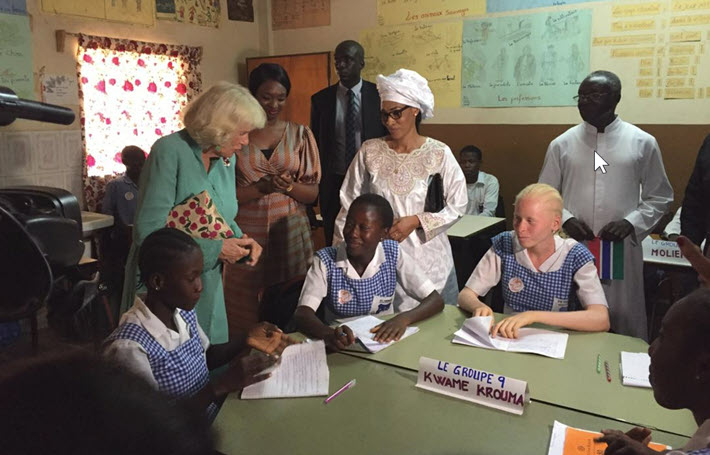 For today’s announcement of Camilla’s patronage, Alice Prochaska, Book Aid International’s chair, is quoted, saying, “Book Aid International has always worked with its partners to create access to books where it’s needed most—and with those books comes the chance for learning and literacy to flourish.

“We have updated our strategy to commit even more strongly to this fundamental mission and are committed to sharing the power of books with the people most in need around the world—especially women and girls, and people fleeing conflict.

“Her royal highness is a powerful advocate for the importance of books for everyone. It’s especially meaningful and a very great honor that she has become our patron as we start this new chapter in our story.”

During his decades-long patronage of Book Aid, Philip visited Book Aid’s warehouse and engaged in other events produced by and for the charity.

In his recollections of this today, Book Aid’s vice-chair Lord Paul Baoteng has said, “I saw the impact at first hand of his royal Highness Prince Philip’s patronage on Book Aid International and its work, and I’m glad that our proud history of royal patronage will now continue.

“We’re grateful and honored by her royal highness the Duchess of Cornwall’s support and hugely appreciative of her own work in furthering the love of books and writing in the Commonwealth and beyond.”

Book Aid is having a big year, having recently been in the news for its role in getting the rebuilt University of Mosul library open in Iraq in February, a restoration project of the UN Development Fund with support from Germany’s KFW Development Bank.