The co-founder and CEO of Wattpad hands off to Jeanne Lam in a ‘final curtain call’ he says is not ‘The End.’ 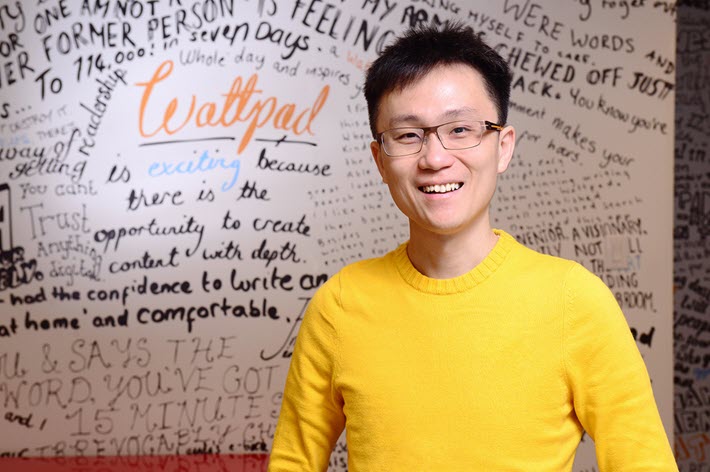 It’s in a company blog post that Allen Lau tells those who know him among his 94 million monthly active Wattpad users that he’s decamping the CEO seat at the company he co-founded 15 years ago with Ivan Yuen. And he does this with just enough of the Lau charm to make you feel, yet again—in the very last paragraph—that the guy has something much bigger up his sleeve.

“Calling this a ‘new chapter’ or the ‘next season’ would be a misnomer–it’s the final curtain call of my career as a CEO. “But I’m not done yet!  I’m still at the top of my game. I’m still hungry for more wins. I still want to make an even bigger impact. My new story begins today.”

At 53, he’s still got that Grouchovian touch: “Hello, I Must Be Going.”

Sean Silcoff at the Globe and Mail led the reporting on this from Toronto. That’s appropriate because Lau—having been born in Hong Kong and moving to Canada at age 19—has always been very Toronto: Entrepreneurial, of course and yet somehow mercurial. He intentionally anchored the platform in Canada, writing in his farewell note Monday (May 9), “We were one of the first to commit to scaling our company in Toronto and then successfully proved you could build a world-class tech company here. We played a part in reshaping the overall narrative of the innovation ecosystem in Canada.”

And the company itself was—and is—mercurial, even today. In 2015, Lau spoke in the IDPF (International Digital Publishing Forum) curtain-raiser to BookExpo America, prompting TCG veteran Joe Wickert to write, “Wouldn’t it be cool if publishers engaged with readers during the idea conception and development process rather than waiting till the end after all the time and money have been invested? That sounds like Wattpad to me, which might explain why Allen Lau and his team always report such amazingly high traffic levels. Now they just need to figure out how that translates into revenue, of course.”

Silcoff answers that at the Globe and Mail, writing, “Wattpad’s success made it a standout in Canada’s gloomy technology scene in the early 2010s. There were few startups of note in the country at the time. Wattpad attracted attention and venture capital, eventually raising more than US$115 million.” And when Seoul’s Naver Corporation completed its acquisition of Wattpad a year ago, the reported payout was US$600 million.

Jeanne Lam, now with the company for some seven years, remains president as Lau leaves, in charge of day-to-day operations. She and Lau will report to Webtoon CEO Ken Kim. 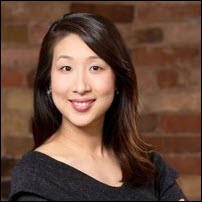 “I am humbled to succeed the legacy Allen has built with Wattpad,” Lam says in a comment requested by Publishing Perspectives. “As president, I’m laser-focused on helping writers grow their readers and fandoms on Wattpad, while also enabling as many writers as possible to earn a living on the platform.

“As we look to the next phase of Wattpad’s growth, I’m committed to finding new and transformative ways for our creators to maximize their stories’ readership and earning potential.”

Having worked with Wattpad Studios chief Aron Levitz and Wattpad Books director Ashleigh Gardner to develop regular channels for user-generated content to move off the platform and onto screens and pages, monetization is evident, at least in the bad-boy-romance sector that so many Wattpadders seem to want to read and write. The fans arrive as serial readers on the platform. Producers and publishers see them as book-buyers and film and television audience members, the lucrative box-office faithful, already in line for tickets.

Content-wise, many in the international publishing industry have been less than dazzled, mostly because it has never seemed that Wattpad’s framework can get far beyond the content that draws its predominantly young, female demographic. As Gardner has pointed out many times, there really are other tales being told there. But the ones that Levitz can get to a studio and the ones that Gardner can do a deal with a publisher about usually do seem to be those romances.

Lau and Levitz and Gardner have done a lot to show that by encouraging healthy social and ethical diversity among the ranks, the pathways to development of UGC can be built. They’ve built it, and the studios and publishing houses have come. Indeed, now, with Naver’s Webtoon, the company has a big sister platform for comics and animation.

Lau—always a friendly and welcoming personality—writes, “I’ve always been a natural builder and I will continue to help build the ‘next big thing’ as executive advisor to Webtoon, as a venture partner of Two Small Fish Ventures, and board member of two of Canada’s most important cultural and innovation organizations, the Toronto International Film Festival and MaRS”—that last one being a Canadian startup program.