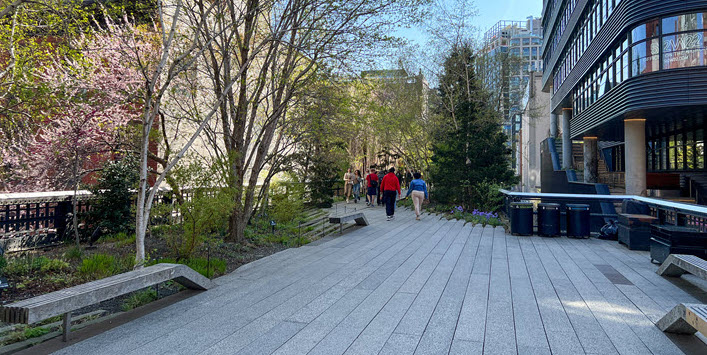 March trade revenues across all other categories came to US$804.4 million, down 4.2 percent from the figure for March 2021. 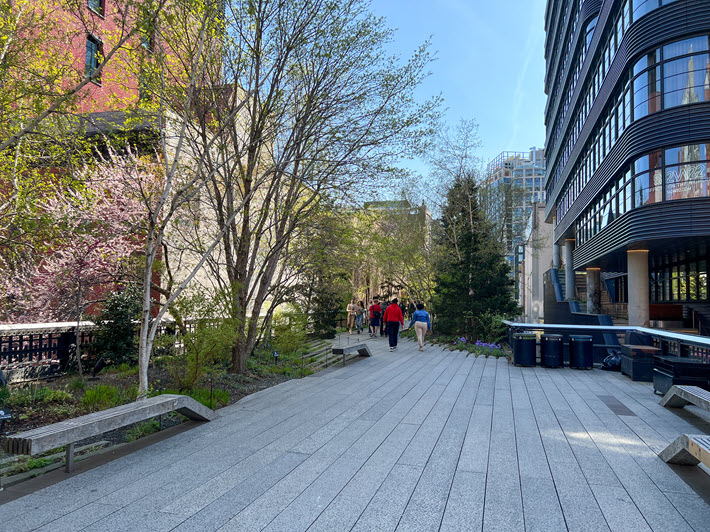 Iin its StatShot report released this morning (May 27), the Association of American Publishers (AAP) for March 2022, released for publication today (May 27), trade revenues are seen falling 6.4 percent, but are up 2.0 percent, year-to-date.

Delays in data collection mean that March PreK-12 revenue is not included in this report.

March trade revenues across all other categories came to US$804.4 million, which is down 4.2 percent from the figure for March 2021. Year-to-date revenues up that slight 2.2 percent, came in at $3.0 billion for Q1. As Publishing Perspectives readers know, the AAP’s numbers reflect reported revenue for tracked categories including trade (consumer books); K-12 instructional materials; higher education course materials; professional publishing; and university presses. 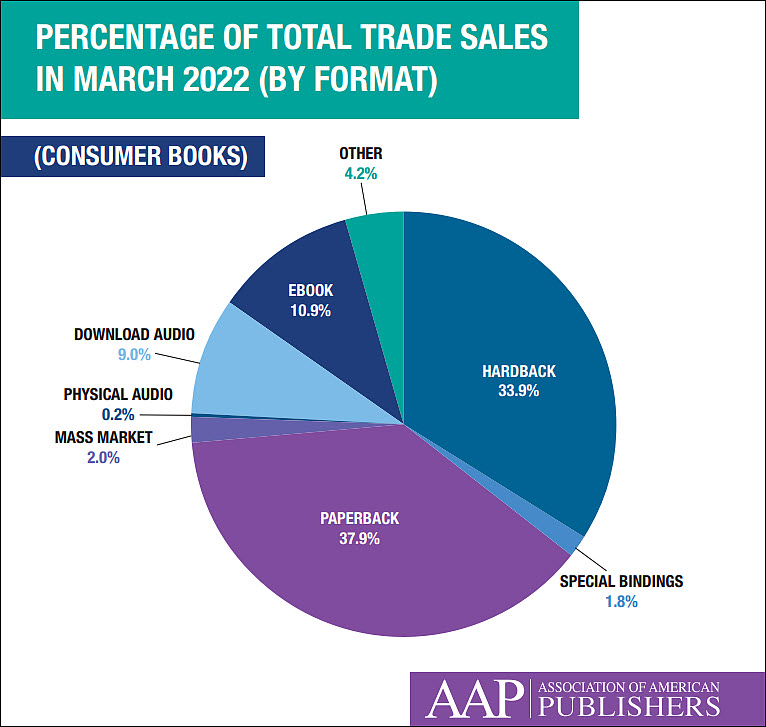 That step back of 6.4 percent translates to $702.5 million. And what to watch for is just below: Look at this big drop in hardback sales from last year’s March figures.

Paper formats, according to a note from the association’s team, “still account for 75.6 percent of all trade sales. And–as was discussed in an audiobook and podcast panel Publishing Perspectives moderated this month at the Jerusalem International Book Fair, a part of what’s reflected in that paper-formats observation may have to do with the fact that downloadable audio—so loudly praised for its gains on the market—in March came in at 9.0 percent of the overall trade, trailing ebooks at 10.9 percent. (See the graphic to the right.)

Religious press revenues were down 11.0 percent in March, coming in at $52.1 million.

On a year-to-date basis, religious press revenues were down 4.0 percent, reaching $174.3 million.

During March 2022, revenues from higher education course materials were $68.6 million, up 38.3 percent compared with March 2021.

The Association of American Publishers adds a note: “The performance of the education categories during this month may reflect multiple factors, including rebounding business post-COVID.”

We would like to point out that the world is not yet “post-COVID.” The World Health Organization and national public health agencies of most if not all nations do not consider the coronavirus COVID-19 pandemic nor its emergency to have concluded. In the United States’ market, the subject of the StatShot reports, new cases have risen this month (May 2022) to 124,584 on May 26 from 74,612 one month earlier, on April 25, as reported today by The New York Times.

Professional books, including business, medical, law, technical and scientific, were down 22.8 percent during the month, coming in at $25.2 million.

Year-to-date professional books revenues were $86.8 million, down 8.4 percent as compared to the first three months of 2021.

We’ll excerpt here from the proverbial fine print provided on methodology for this report. We’ve edited only slightly, to minimize promotional language and to do away with a few gratuitous institutional capitalizations.

“AAP StatShot reports the monthly and yearly net revenue of publishing houses from US sales to bookstores, wholesalers, direct to consumer, online retailers, and other channels.

“If, for example, a business learns that its revenues were greater in a given year than its reports first indicated, it will restate the revenues in subsequent reports to AAP, permitting AAP in turn to report information that’s more accurate than before.”