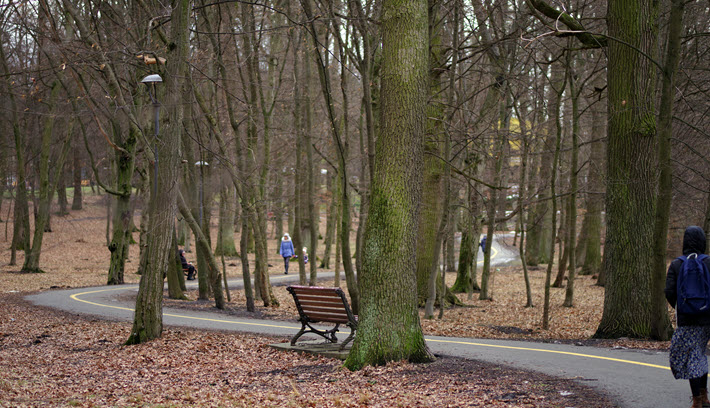 A February 22 photo from a city park in the Kyiv suburb Bucha, less than a week before the start of the Russian assault on Ukraine. A new Human Rights Watch study released Thursday (April 21) indicates that atrocities in Bucha have included ‘summary executions, torture, and enforced disappearances by Russian forces.’ Image – Getty iStockphoto: VladK213

‘A Catastrophic Decline in Book Sales’

The intent behind Books from Ukraine, association president Oleksander Afonin says, is to create a way for international publishers to provide financial support to Ukrainian publishers during the chaos and hardships caused by Russia’s invasion of Ukraine.

“Our publishing business is in an extremely difficult financial and economic situation because of Russia’s aggression,” Afonin says.

“More than two-thirds of the country’s main publishing and printing facilities are located in areas in which active hostilities are taking place. As a result of missile attacks and bombings by the aggressor, the offices of publishing houses, bookstores, warehouses, and printing houses have been destroyed. The vast majority of staff have left and are now scattered throughout the unoccupied territory of Ukraine and abroad.”

“Most publishing houses,” Afonin says, “don’t have the funds to continue their activities or to financially support their employees, to give them money for basic living expenses.” 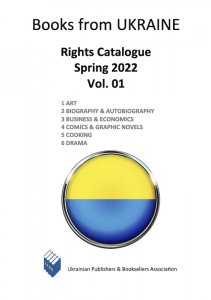 He’s asking foreign publishers to download the catalogue and consider buying rights, which he points out is “one of the few options available to financially support Ukrainian authors and publishers in this extremely tragic situation.”

Another motivation for wanting more Ukrainian books translated, Afonin says, is to combat what he calls a 20-year “information war” waged by Russia against Ukraine, in which, he says, Russia distributed “completely distorted, false information about history, culture, art, achievements of Ukraine as a state and Ukrainians as a nation.”

Afonin says he wants more people to be able to read books that provide “true, real, and objective information” about Ukraine.

And for people in countries taking in millions of Ukrainian refugees, Afonin says that making Ukrainian literature available in translation “can enable local residents to understand our fellow citizens, establish relationships with them.”

The Ukrainian catalogue was compiled quickly, Afonin says, with an agreement from the International Publishers Association (IPA) to promote the catalogue to its global contacts and network of 86 organizations in 71 nations. 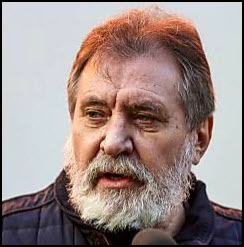 The Ukrainian association sent out a call to its members to submit titles they thought would be suitable for translation.

“Ukrainian publishers are eager to submit their suggestions to the catalogue,” Afonin says, and despite wartime conditions and limited resources, the UBPA is working hard to respond quickly to its members’ urgent needs.

A second edition of the catalogue is already in planning stages, he says. And as for the results of this first rights list, Afonin says, “We are waiting for the reaction—we hope, positive.”

‘Weapons in Their Hands’

Despite the chaos of Ukraine under siege, many publishers are preparing for better times, Afonin says, something reflected in Saturday’s (April 16) launch of a new translation from Kharkiv’s Vivat Publishing.

“Outside the combat zones, bookstores are only partially operational.”Olexander Afonin, Ukrainian Publishers and Booksellers Association

“Publishers now focus mainly on preparing electronic layouts of future publications,” he says in his exchange with Publishing Perspectives. “There are isolated cases of printing new titles or reprinting certain publications in small editions, since publishers have no money.”

But, he says, “there’s no printing paper in Ukraine, and the main printing facilities are in the war zone. So there’s not even a hint of any full-fledged activity in the current conditions.”

The situation, naturally, is also difficult for booksellers. “Outside the combat zones, bookstores are only partially operational,” Afonin says, “because of the loss of basic stocks of finished books and a significant decrease in the selection of books available. More than 90 percent of publishers and bookstores report a catastrophic decline in book sales.”

Nevertheless, Afonin points out that this decline in sales is understandable “when people—especially those who have already lost loved ones and all their belongings in this war and were forced to evacuate—simply lack the means to support their basic needs.

“It’s worth remembering that a significant number of workers in the [Ukrainian] industry today have weapons in their hands and are repulsing the attacks of a powerful enemy, rather than creating books.”

“We’ve received numerous letters from many countries around the world,” Afonin says, “expressing solidarity and support for Ukraine’s just war against Russian aggression and statements of readiness to help. That’s why we have prepared several suggestions that we think can be a real help to us.”

Here is Afonin’s list of suggested ways the international book community can support its counterparts in Ukraine:

More on the Ukrainian publishing industry and book market is here. More on the freedom to publish and the freedom of expression is here, more on translation and translators is here, and more on the international rights trade is here.