The Society of Authors and more than 20 associated organizations are promoting freelancers’ rights in creative work. 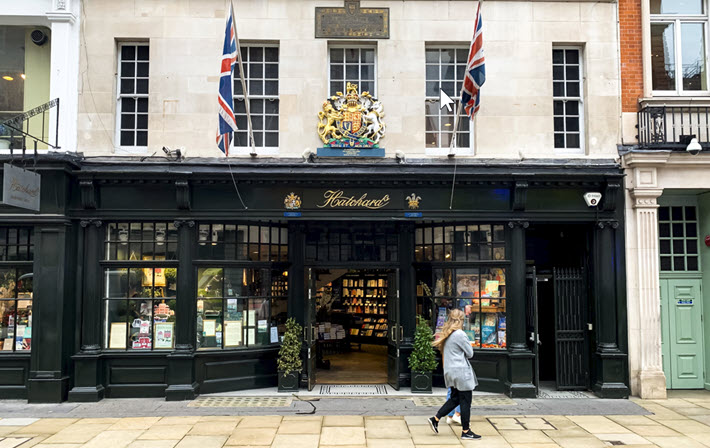 At Hatchards in London, a shot from October 17, 2021. Image – Getty iStockphoto: Alla Tsyganova

Continuing with our catch-up on developments during the year’s first intense period of trade-show and conference events, the Creators’ Rights Alliance (CRA) is based in the United Kingdom and gathers sister organizations and associations to “to promote, protect, and further the interests of creators through policy, advocacy, and campaigning work.”

The Society of Authors is one of the more-than 20 member-organizations of the Creators’ Rights Alliance cooperating in a campaign called “Pay the Creator, or #PayTheCreator.

“It calls for creators to be paid professionally and promptly,” says media messaging from the society, “and to be given the same considerations enjoyed by other workers in the areas of pay, business support and policy making. We are asking everyone to share the #PayTheCreator hashtag, to link it to their campaigns for better practice and to call out good and bad examples of payment and contract practices.”

It’s worth noting that this has occurred just as the #TranslatorsOnTheCover campaign launched by the Society of authors with translator Jennifer Croft and author Mark Haddon has had considerable impact on awareness of translators’ frequent lack of appropriate visibility and remuneration in the industry—the world publishing industry, often led by the campaign-avid British market, may happily be arriving at an inflection point in which it’s ready to stop and look at some of the issues it long has needed to keep

Freelancers as a whole are notoriously underpaid, and often paid rudely late, sometimes not at all, and have had few recourses because of the cost for an independent actor in the market of having to bring legal repercussions to bear on a problem.

‘The Society of Authors in this instance of the formation of the Creators’ Rights Alliance’s formation is joined by:

As is readily apparent, when publishers consider the content, “the ask,” of an appeal like this, they realize that it may have to do not only with writers with whom they work but also with illustrators, journalists, designers, and others.

They and others who utilize the work of freelancers are being asked to pledge their support to the Pay the Creator campaign here.

In a prepared statement, the Society of Authors’ CEO, Nicola Solomon, is quoted, saying, “It’s always unacceptable to expect creators to receive ‘exposure’ or ‘experience’ in place of payments, but this has become especially prevalent throughout the pandemic.

“Our creative freelancers are a key cornerstone of our economy, providing important creativity, knowledge, and expertise.

“Without them our books, films, magazines, television, film, theater and music venues would be empty, devoid of content.

“They’ve been dismissed far too long as irrelevant and unimportant to those who use their services and work, as well as to policy decision-makers. This must stop.”

Too often, Solomon’s team says, creative freelance employees are offered payment-in-kind, through “exposure” or “opportunity,” rather than financial payment for their work.

“Creators’ work is the foundation of the largest sector within the UK economy,” they’ve reported to the news media, “yet their needs are repeatedly ignored when policy, economic, and support decisions are being made.

The new effort is working to ensure that all creative workers are:

“Inequitable payment disproportionally affects those who are under-represented within the industry,” the society says, “limiting their chances to make a living from their creativity and to remain in the sector. It sets back any progress toward the inclusive industry that we all want to see.

“These unfair practices ensure that only those who come from backgrounds where they can be financially supported, can sustain a career in the sector.”

More from Publishing Perspectives on authors is here, more on the Society of Auth0rs in London is here, and more on the United Kingdom’s marketplace in the book business is here.