The US$10 million gift of the Barbey family has established PEN’s new Freedom to Write Center, which Liesl Gerntholtz will helm. 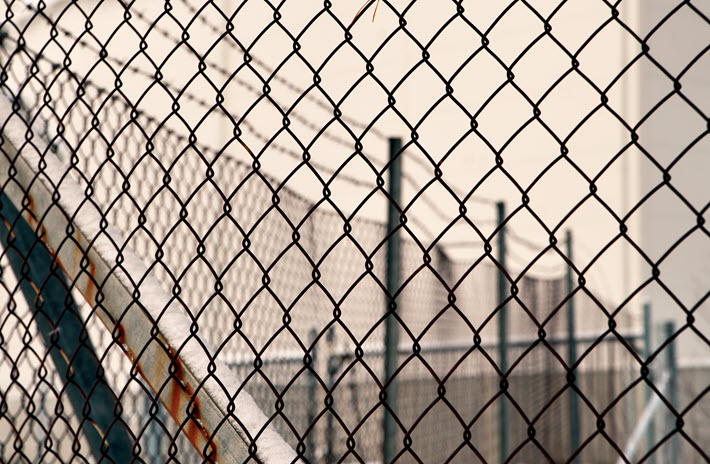 As PEN America announced in October, a US$10 million gift from the Edwin Barbey Charitable Trust was put into place to create a PEN “Freedom to Write Center” of international purview, aimed at “defending free expression worldwide.”

The Barbey Trust is part of the Arizona Community Foundation and is advised by PEN America board member Peter Barbey, with Pamela Barbey and their son Matt. Having been active with PEN in issues around imprisoned and persecuted writers, dissidents, and “cultural defenders,” the Barbey family has stepped up again, this time to formalize such support for PEN America’s work in the field of free expression, housing a sector of the effort in this new center that looks beyond American borders.

The development of the new Freedom to Write Center—and the news today (April 19) is that the seasoned humanitarian veteran Liesl Gerntholtz has been named the first director of it—dovetails with a growing energy in the field, driven by a sense that clearly demonstrated threats to the world order are almost always driven by and/or with losses of expressive freedoms.

Not for nothing, for example, is Kristenn Einarsson‘s new World Expression Forum, WEXFO, having its first outing next month in Norway.

People in even the most committed democratic settings have only to look at their own governmental contexts and institutions to see a quiet, dangerous softness creeping in. Autocracy doesn’t always arrive, as is happening, with the awful explosive mayhem of the Russian armed forces’ inchoate, relentless attacks on civilians in Ukraine or with the proud vulgarity of a Trump administration in the States. The erosion of freedom may be most successful when it happens much more subtly, almost out of sight, one little-known dissident’s arrest at a time somewhere in the world.

On the other hand, “NGO-ing up” has its risks, too. How many meetings create true action? How many earnestly well-intentioned humanitarian programs dwindle quickly into statement-issuing machines, their primary function being to fire off nicely edited comments to the press on issues and concerns they rarely see close-up? How many public-awareness campaigns truly move a needle? Few may be as aware of these pitfalls, of course, than Gerntholtz.

The gift of the Barbey Trust means that fundraising may not have to leap to the fore in this case, at least, something that frequently becomes a problem for many good efforts. Can Gerntholtz structure and drive the Freedom to Write Center as a genuinely impactful program? This will be the challenge, and it’s one that the publishing community must want to see succeed with good hope, just as we annually cheer the International Publishers Association’s Prix Voltaire and study PEN’s yearly report on its Freedom to Write Index.

It’s calculated by PEN that since 2016, the PEN/Barbey Freedom to Write Award—a predecessor to the arrival of the Freedom to Write Center—has created a pressure that played a part in the release of 44 jailed writers (of 51), and the Barbeys have contributed more than $1 million to the support of PEN’s work. Granted, “playing a part” can be somewhat subjective and just what turns the key in the prison door is rarely clearly visible. But this is, at the least, a heartening point when the main goal, after all, is preventing and/or ending such incarcerations. 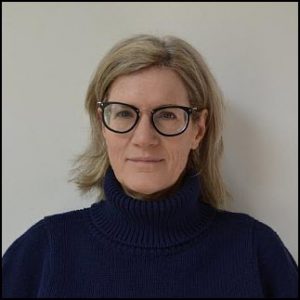 Gerntholtz recently posted a note to her LinkedIn account about her transition to the Barbey program at PEN, writing in part, “At a moment when freedom of expression is again under attack and feels fragile, it’s gift to work at an organization, PEN America, dedicated to its protection.”

Born in South Africa, Gerntholtz was for 12 years with Human Rights Watch as executive director of the women’s rights division for nearly 10 years, overseeing research and advocacy on women’s rights issues in Africa, Asia, Latin America, Europe and the United States. She also worked as interim deputy executive director for the program and as director of the Africa division for a year, leading the search for a new director.

Most recently, she was chief program officer for The Little Market, PEN says in its media messaging, “where she led work to support opportunities for women from under-served communities to access dignified work.”

She also spent the early part of her career working for the South African Human Rights Commission and the Commission on Gender Equality in post-apartheid South Africa. She was the head of the HIV Litigation Unit of the AIDS Law Project and the director of the Tshwaranang Legal Advocacy Centre. She holds a BA (LLB) from  the University of the Witwatersrand in Johannesburg, South Africa.

Writing about her background and the work ahead, Gerntholtz at LinkedIn says, “I grew up in South Africa when extraordinary legal and extra-legal limitations were placed on freedom of speech and expression. Activists, journalists, authors, cartoonists, and musicians lived under draconian banning orders, were arrested, detained without trial, or fled into exile.

“Newspapers with chunks of text blacked out were a regular occurrence, and for nearly 27 years, almost no one knew what President Mandela looked like because it was illegal to publish his image. Television was prohibited until the late 1970s. The apartheid regime banned (and burned) books, music, films, really any form of expression it deemed supportive of freedom, human rights, and/or the African National Congress.

“Despite these efforts, South Africa’s rich traditional of protest literature, music, and art helped galvanize protests and demonstrations, educated white people about the horrors of the death squads and the daily indignities of petty apartheid, and inspired a global movement to end apartheid.”

Nossel: ‘Help Us Deepen and Evolve Our Efforts’

In a prepared statement on the news of Gerntholtz’s appointment, PEN America CEO Suzanne Nossel talks of how Gerntholtz “brings a track record of forceful leadership defending and protecting human rights and building and leading programs over time.

“Her deep experience, broad networks, and passion,” Nossel says, “will help inspire our staff, partners, and supporters to intensify our work at a critical time.

“She’s a champion of innovation who will help us to deepen and evolve our efforts in response to fast-changing methods and tactics of repression.” 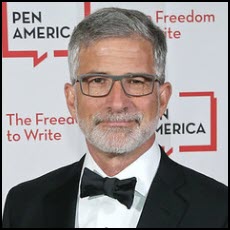 Peter Barbey is quoted, as well, saying, “The urgency of defending writers under threat is more pressing than ever.

“We’re facing a global authoritarian resurgence, now most obviously in Russia, but also in so many other countries around  the world.

“We’re so pleased to see a freedom to write defender of the caliber of Liesl Gerntholtz take the helm of the PEN/Barbey Freedom to Write Center and spearhead this essential work to protect and advance freedom of expression around the world.”

In announcing the Barbey Trust’s gift in October, PEN pointed out, “The announcement comes just weeks after the Norwegian Nobel Committee recognized two journalists with the Nobel Peace Prize, a clarion call that free expression and the freedom to write undergird both democracy and peace.”

It added good context about the journalism-based context in which the Barbey family operates, writing, “The Barbeys have a long history in the publishing sector; Peter Barbey served as president and CEO of the family’s Reading Eagle Company, which owned local newspapers, a radio station, a production company, and a printing company in eastern Pennsylvania. Peter Barbey was previously the publisher of The Village Voice.”

In its reference to the PEN/Barbey Freedom to Write Award, this is Publishing Perspectives’ 75th awards-related report produced in the 77 publication days since our 2022 operations began on January 3.