The UK’s Wolfson History Prize 50th-anniversary purse grows to £50,000 for the winner and £5,000 for each shortlisted author. 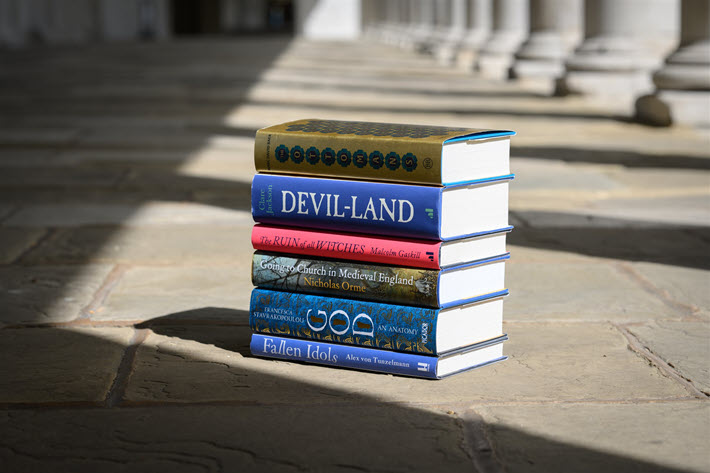 The 50th-anniversary shortlist of the United Kingdom’s Wolfson History Prize coincides with a jump in the overall purse.

This award’s strongest home-market direct competition for press attention and general hosannas lies in the £25,000 British Academy Prize—formerly the Nayef Al-Rodhan Prize for Global Cultural Understanding. In the Commonwealth, there’s an even bigger competitor, the highest-paying honor strictly in history writing, Montreal’s international $75,000 (to the winner) Montreal-based Cundill History Prize.

Also in play in the UK is the Baillie Gifford Prize for Nonfiction, which now stands at £50,000 for its winner. That one does not guise itself strictly as a history-writing prize, but very little nonfiction is being written about the future these days, of course, except by politicians.

This year’s winner of the Wolfson History Prize will be announced on June 22 in a ceremony at the Wallace Collection in London. Its shortlist, you’ll notice, seems to have several entries that deal with faith and/or the occult. These 2022 shortlisted authors are expected to discuss their books and historical writing in a special edition of BBC Radio 3’s Free Thinking in June, details to come.

Prize alumni are being organized to appear as some of the more than 500 speakers said to be lined up for the Hay Festival. There’s information on the Wolfson event at Hay here. Admission is £10. It’s listed as Hay Festival event No. 226. That’s a lot of programming.

Judges this time around are led by David Cannadine and include Richard Evans, Carole Hillenbrand, and Diarmaid MacCulloch.

The Wolfson History Prize is run and awarded by the Wolfson Foundation, an independent charity that awards grants in the fields of science, health, heritage, humanities, and the arts.

As Publishing Perspectives readers know, the Wolfson History Prize 2021 was won by Sudhir Hazareesingh, for  Black Spartacus: The Epic Life of Toussaint Louverture, one of two shortlisted titles for the award published in the UK by Penguin Random House/Allen Lane. In the United States, the book is published by Macmillan/Farrar Straus & Giroux.

What’s in a Slogan?

The value of the writings and authors held up for acclaim by the Wolfson, of course, is unassailable. We do note, however, that this is a prize the organizers of which refer to as the United Kingdom’s “most prestigious historical writing prize,” as if an honor that just brought to your attention six such formidably powerful historical works needed such a line.

Suffice it to say that as the industry’s book and publishing awards jostle for attention with such phrases–which may be aimed at least in part at the audience of funding sources backing the prizes–you always want to take such sloganeering with a very pink grain of Himalayan sea salt.

Surely in its 50th year, a program so well established as the Wolfson need not tout its own prestige. As anyone in historical studies can tell you, discretion is still the better part of valor.

This is Publishing Perspectives’ 76th awards-related report produced in the 78 publication days since our 2022 operations began on January 3.

More from Publishing Perspectives on world publishing’s book and industry awards is here. More from us on the Wolfson History Prize is here, and more on the United Kingdom’s publishing market is here.