Translation funding as well as scholarships are to be supported by the Stand With Ukrainian Fund established by Sharjah and Wroclaw. 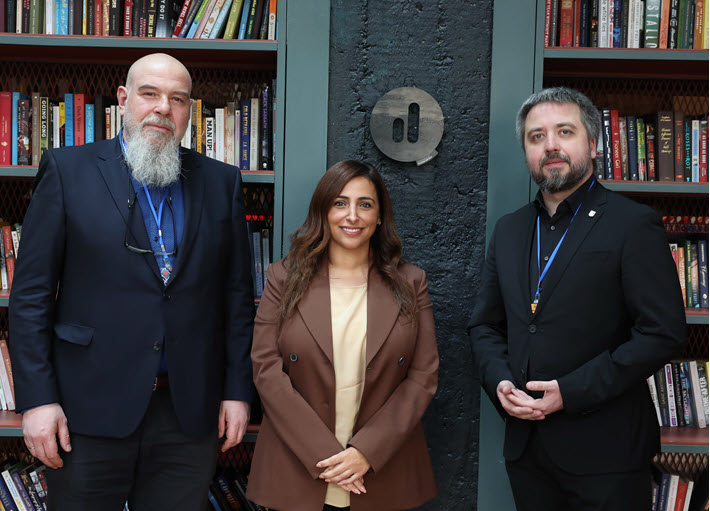 In the Georgian capital at the close of the UNESCO World Book Capital Tbilisi program with Sharjah’s Bodour Al Qasimi, president of the International Publishers Association, are Irek Grin, left, director of the Wroclaw Literature House, and Radosław Michalski, director of the tourism and promotion office of the City of Wroclaw. Image: Nabs Ahmedi

Bodour Al Qasimi: ‘We Need Books To Bridge the Divide’

As Publishing Perspectives readers know, one of the benefits of the 2019 UNESCO World Book Capital program in Sharjah was that it established an office that has continued to be responsive and supportive of international publishing events, especially crises. For example, following the disastrous 2020 explosion in Port Beirut, the office contributed 200,000 United Arab Emirates dirhams (US$54,457) to help get the Beirut International Book Fair back on its feet and to provide support to area publishers, as well as special renovation and restoration funding for three of Beirut’s hardest hit libraries.

On Wednesday (April 27), it was announced in Poland that a new fund is being formed by Sharjah World Book Capital Office—here is its original site—has teamed up with Wroclaw Literature House to generate financial support for writers, translators, and others in the Ukrainian publishing industry who have lost their livelihoods. Wroclaw Literature House is run by the Wroclaw Creative City of Literature program, the Creative Cities being a sister UNESCO network to the World Book Capitals.

It will surprise no one who regularly reads Publishing Perspectives—world media partner of the International Publishers Association (IPA)—that the Stand With Ukrainian Writers Fund has been spearheaded by Bodour Al Qasimi, the Sharjah-based IPA president whose pace-setting leadership extends from her co-establishment with Dubai Cares of the Africa Publishing Innovation Fund (our coverage is here) to her own Kalimat Foundation for Children’s Empowerment (our coverage is here).

In response to the ongoing crisis in Ukraine precipitated by Vladimir Putin’s unprovoked assault on that sovereign nation, Wroclaw Literature House in February (the violence began on February 24) sent out an appeal for help to UNESCO Cities of Literature and World Book Capitals. A quick response arrived from the Sharjah World Book Capital Office.

So it was that while in Georgia earlier this month for the conclusion of the World Book Capital Tbilisi program and the inaugural Caucasus and Black Sea Basin conference that Al Qasimi and Wroclaw Literature House director Irek Grin were able to meet and discuss the program, which is designed to finance scholarships and/or copyright purchases to assist where needed.

This affirmation of the fund’s creation and operation comes at a good time, as Ukraine’s second city, Kharkiv, comes under new and blistering Russian attacks. In normal times the main hub of Ukraine’s publishing and printing centers, Kharkiv now is described by one resident as “a slow-motion Mariupol” to The Daily Beast’s Tom Mutch.

Mutch, writing today (April 28) from Kharkiv, reports, “The unprepared and ill-equipped Russian force was swiftly repelled from the city proper. So, the Russians gave up on trying to capture Kharkiv. Instead, they have been sitting back from dug-in positions as close as 10 miles from the city and subjecting it to one of the most ruthless bombardments of a European city since World War II.” 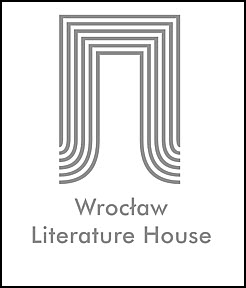 Speaking about the new Stand With Ukrainian Writers Fund, Al Qasimi says, “It gives me great joy to see that a fund for Ukrainian writers, caught in the crossfire of conflict, is finally in place.

“Now more than ever, we need words to heal, and books to bridge the divide, to help give peace a chance. The literary world, I believe, offers a gateway to peace, and it’s our collective humanitarian duty as the global literary community to come together in support of this noble initiative.”

And Grin, speaking for Wroclaw, says, “We urge the international literary community to support this fund.

“All donations will be used to directly support authors, illustrators, and translators, and, in future, will finance translation samples of Ukrainian literature into other languages.”

Media messaging also indicates that Wroclaw Literature House will “closely cooperate with other Polish institutions and organizations—such as the Literary Union Association and the Polish Literary Translators Association—as well as with the Ukrainian UNESCO Cities of Literature and Ukrainian Book Institute, to recognize the needs of Ukrainian writers in the best possible way.”

In an editor’s note, we also learn a bit more about the efforts of Literature House during the Ukrainian crisis. The team there writes, “Since the beginning of the war in Ukraine, we’ve raised funds, organized cultural events, and [created] activities for children to help refugees arriving in Wrocław. Currently, Wrocław Literature House hosts Kateryna Babkina, a Ukrainian writer who fled Kyiv after the bombings started. We also publish children’s books in Ukrainian for refugees who have fled to Poland.”

Update, May 5: At Publishing Perspectives’ request, Literature House has provided information on how those interested can contribute to the “Stand With Ukrainian Writers” fund, and we pass that information on to you now: