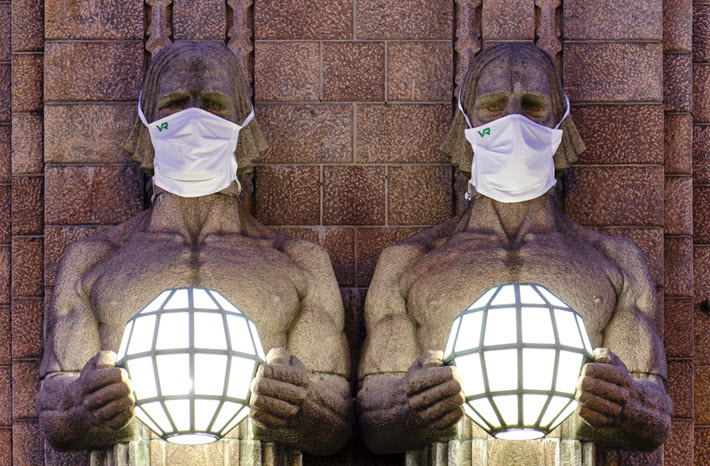 ‘Sales of Print Fell by 11 Percent’

Exhibitors at London Book Fair related to Finland—65 of them—can be found here in the trade show’s exhibitor directory.

And an interesting report recently provided to Publishing Perspectives by FILI, the Finnish Literature Exchange, points to the importance of sales growth for Finnish publishers “entirely due to digital publications, sales of which increased by 29 percent.”

That jump in sales, the organization’s analysis indicates, amounted to a 10-percent increase in 2021 and is heavily dependent on subscription services.

The report is written for FILI by journalist Karo Hämäläinen and translated to English by Christina Saarinen. And as Publishing Perspectives readers will recall, by March last year, FILI was reporting that Finland’s audiobook sales had doubled, with ebooks jumping 84 percent.

Long held at a considerable approach-avoidance arm’s length by many publishers, subscription services will come into focus later in the week at London Book Fair, when Eoin Purcell, head of Amazon Publishing for the United Kingdom and Germany, speaks with Publishing Perspectives on the topic of marketing and selling translated literature through subscriptions. That session runs 12:10 to 12:55 p.m. on Thursday (April 7) in the show’s Literary Translation Centre.

On the wider market in Finland, what FILI is reporting is a shift in consumer behavior termed “rapid and dramatic, with electronic publications accounting for 42 percent of general literature sales in euros.

“A comparison of 2017 and 2021 gives a good picture of the change in recent years,” the FILI team writes.

“Since 2017, large  publishers’ sales revenue from general literature has increased by 55 percent. Over the same period,  sales of print books fell by 11 percent.

“An even bigger change can be seen in consumer behavior. For each print book sold last year, nearly  two books were sold in a digital format, as either an audiobook or ebook.

“This can be explained by the  high popularity of subscription-based audio- and ebook services.

“As subscription services continued to grow, sales of individual audiobooks and ebooks clearly decreased compared to the previous year, in terms of both units sold and revenue.”

Only 3 Percent of Audiobooks Sold Outside of Subscriptions

FILI reports that of the audiobooks sold in Finland last year, 97 percent were sold through subscription services—only 3 percent as individual copies.

The FILI report cautions that “sales volumes of digital books are not directly comparable to sales volumes of print, since when using a subscription service, a consumer might ‘buy’ the same book multiple times. This phenomenon  is also reflected in bestseller lists.”

On the combined print and digital bestseller list, Finland’s bestselling book last year was Carl-Johan Forssén Ehrlin’s Kani joka tahtoi nukahtaa (The Rabbit Who Wants to Fall Asleep, Otava, 2015), of which a total of  130,000 copies were sold. Print copies are no  longer available in bookstores. 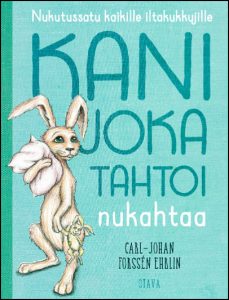 “The success of this short bedtime storybook is thanks to audiobook sales,” the report says. “The book’s loyal fans want to hear the story night after night.”

On the combined formats list, translations of Delia Owens’s Where the Crawdads Sing and Lucinda  Riley’s The Missing Sister were also fantastic successes, along with children’s books of jokes.

The No. 1 Finnish book in 2021 was Suo, kuokka ja Hollywood (A Bog, a Hoe, and Hollywood), written by standup comedian Ismo Leikola with his former wife. In it, the Leikolas, who live in the United States, compare Finnish and American culture. The audiobook, read by Ismo Leikola, is like an hours-long standup gig, according to the report.

The No. 1 book in domestic fiction was Ainoa kotini (My Only Home), a debut novel by choreographer Hanna Brotherus examining womanhood from an apparently personal  perspective.

All of these books were particularly successful as audiobooks.

As usual, the top of the print books chart was claimed by a thriller by Ilkka Remes, followed by a  popular fiction novel by Enni Mustonen.

Even more copies were sold of the most popular children’s picture books, such as Aino Havukainen  and Sami Toivonen’s latest Tatu and Patu book and Mauri Kunnas’s Kuka kaappasi auringon? (Who Kidnapped the Sun?).

This is Publishing Perspectives’ 69th awards-related report published in the 67 days since our 2022 operations began on January 3.

More from us on the coronavirus pandemic and its impact on world publishing is here.