A new, fundraising opportunity for Ukraine’s book publishing industry has been coordinated by Frankfurt and its sister organizations. 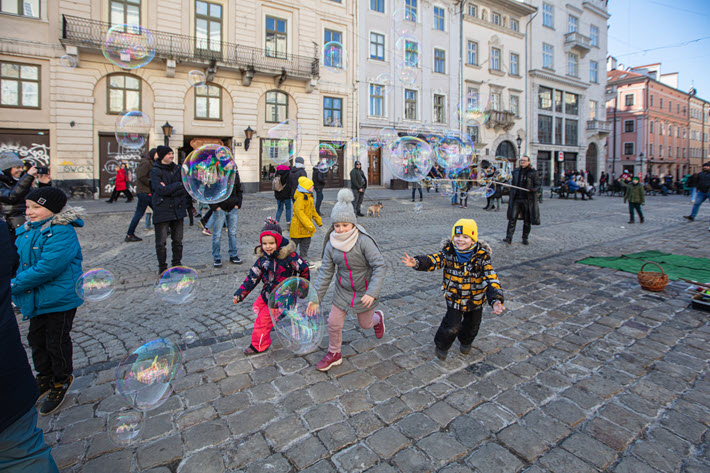 In Lviv on March 13, some two-and-a-half weeks into the Russian assault on Ukraine. Image – Getty iStockphoto: Ruslan Lytvyn

Boos: ‘To Give the Ukrainian Book Industry Global Visibility’

With international regard rising for Ukrainians’ spirited resistance to Vladimir Putin’s unprovoked assaults, the administration of Frankfurter Buchmesse (October 19 to 23) is messaging its media contacts about an international campaign to support Ukraine’s book publishing industry.

The appeal coincides with one of the brighter points of news coming out of meetings on Monday between Ukrainian president Volodymyr Zelensky and the United States’ secretaries of state (Antony Blinken) and defense (Lloyd Austin): Pavel Polityuk and Natalia Zinets report for Reuters that Washington plans to reopen its embassy in Kyiv in recognition of how forcefully Ukraine’s territorial defense operations have rebuffed Moscow’s attacks on the capital city. 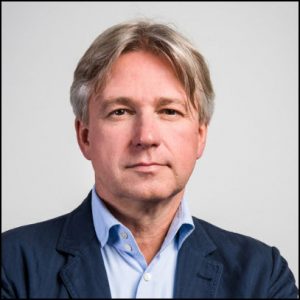 “We want to support our Ukrainian colleagues right now, while they’re withstanding the Russian attack.

“As the annual meeting place of the international publishing industry, it’s important to us to give the Ukrainian book industry global visibility. We’re doing this by showcasing Ukrainian books at book fairs worldwide and by offering Ukrainian publishers a stand at this year’s Frankfurter Buchmesse free of charge.

“The commitment, openness, and creativity of the Ukrainian publishing and bookselling scene have made a lasting impression on us. Several of our employees are currently in direct contact with Ukrainian colleagues. Through our joint fundraising campaign and many other initiatives, we want to show our unconditional solidarity with the people of Ukraine.”

Further commentary from Frankfurt this morning (April 25) reveals that employees of the book fair and its associated organizations—the Börsenverein des Deutschen Buchhandels, Germany’s publishers and booksellers association; MVB; and MediaCampus Frankfurt—have contributed more than €21,000 (US$22,539) to aid projects and relief organizations working to provide support to the Ukrainian people.

Those sister organizations—working with the Ukrainian Publishers and Booksellers Association (UPBA)—have then launched a broader fundraising initiative for Ukrainian publishing community members including publishers, authors, and booksellers.

Donations are to be used to support colleagues in acute need, and contributions are being handled through the German Publishers and Booksellers Association’s foundation, Stiftung Buchkultur und Leseförderung—the Book Culture and Reading Promotion Foundation.

Contributions can be made through PayPal to the account email address ukraine-toloka@boev.de or at the PayPal site here.

The Börsenverein Group will hand over the collected money to the Ukrainian association, which is cooperating with the Ukrainian Toloka Foundation on the aid project. The foundation will then distribute the money.

Ukrainian association membership is not required to receive support. Ukrainian members of the publishing industry in need of support are asked to contact the Ukrainian Publishers and Booksellers Association itself.

As mentioned, a free stand is being made available by Buchmesse at this year’s fair in October.

In addition, selected publications from Ukraine will be exhibited by the German collective stands as they make their way to international trade shows and book fairs. Coming up are appearances in Warsaw and Prague, and from May 23 to 29 as Guest of Honor Germany at the Abu Dhabi International Book Fair.

This effort also includes an online presentation of titles, which you can see at the “German Stories” Books From Ukraine display.

The team in Frankfurt points out that it’s in touch with colleagues at the Kyiv-based Book Arsenal Festival and the Goethe-Institut Ukraine in work on sustainable formats for the publishing industries, not only in Ukraine but also in Central and Eastern Europe, the Caucasus, and Central Asia. Recently, the Mystetskyi Arsenal Museum (where the Book Arsenal Festival is staged) came into play on Frankfurt’s Instagram account, as the museum’s deputy director, Olia Zhuk, created content for it, at Frankfurt’s invitation.