The fifth iteration of the US$35,000 Aspen Words Literary Prize goes to journalist Dawnie Walton for ‘The Final Revival of Opal and Nev.’ 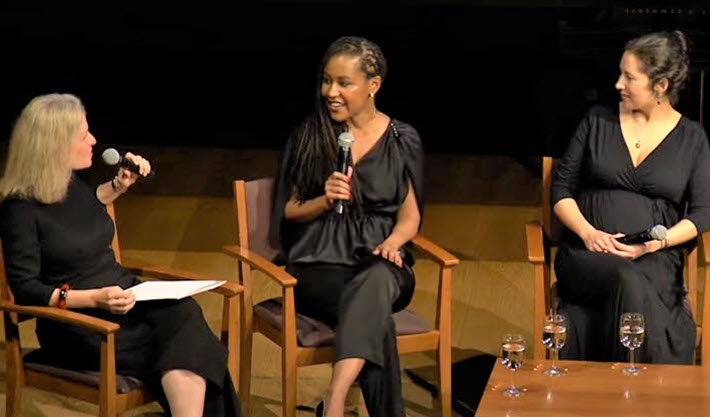 This evening (April 21) in New York City, author Dawnie Walton has been named winner of the US$35,000 Aspen Words Literary Prize for The Final Revival of Opal & Nev (Simon & Schuster’s 37 Ink).

Walton’s win, from a typically strong five-title shortlist, is particularly impressive because Opal & Nev, set in the 1970s, is a debut publication for this author. In accepting the award tonight, Walton quoted the late American singer, songwriter, and activist Nina Simone, saying, “Reflecting the times is often a daunting thing to attempt, because the times we’re in often feel dark and dispiriting and worst of all immovable.”

And the Aspen Prize itself, as Publishing Perspectives readers know, is of particular value to serious writers and the world readership, holding a unique position in American book awards. Not only is its purse an especially rich one, but the program’s emphasis is on elevating “an influential work of fiction that illuminates a vital contemporary issue and demonstrates the transformative power of literature on thought and culture.”

Works that are considered for this award include “novels or short-story collections that address questions of violence, inequality, gender, the environment, immigration, religion, racism or other social issues.” 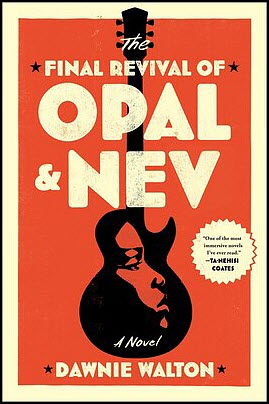 Walton’s book is based on the rise of a fictional interracial rock duo and examines their eventual breakup and the revelations that surface when they try to reunite decades later. The book looks at identity, place, and the influence of pop culture.

In speaking onstage in tonight’s ceremony at the Pierpont Morgan Library and Museum on Madison Avenue with NPR’s All Things Considered co-host Mary Louise Kelly, Walton said that it took her seven or eight years to produce the piece while working as a journalist, an editor in magazines. She began work on the book in 2013, “doing that thing where you wake up before the sun rises to get some time in before I went to my day jobs.

“Opal Jewel is a Black American woman born in Detroit. She grows up lower-middle-class, single mother … with a real fighting spirit.” Opal Jewel meets Nev Charles, a Birmingham-born Englishman. “They’re similar in that they both grow up feeling like misfits. He’s already made a solo record that flopped” and is pushed by his label to “find a Black girl singer.”

Called “a dazzling triumph” by Danielle Evans in her piece for the Washington Post in March 2021, the only drawback cited by Evans was that “when I finished reading, I had to remind myself that Opal Jewel was fictional, and I couldn’t search the archives for her interviews, read more biographies, listen to her entire musical catalogue, and tell everyone I know to do the same.”

Aspen Words executive director Adrienne Brodeur, in opening tonight’s event, referred to the shortlisted finalists as “brave and brilliant authors,” going on to encapsulate the Aspen Words prize’s mission: “Literature has always been and will always be a powerful tool for creating empathy, because it puts societal issues into context by embedding them into personal stories about individuals and families and communities.” 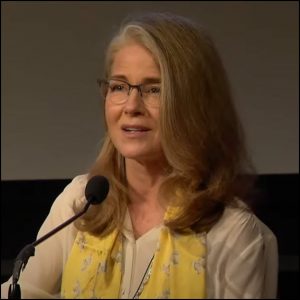 The goal of the award program, she said, “is to spotlight works of fiction that illuminate critical issues, give perspective, build compassion, and create dialogue, while at the same time doing that in beautiful prose.”

In its statement of rationale, the Aspen Words Literary Prize jury writes about Walton’s book, “As innovative in form as it is soulful in delivery, [the novel] is a dazzling exploration of the spectacular and eerie complications of the way race, gender, and punk rock necessarily collide.

“What can these collisions produce? The book is a tutorial in the possibilities and terrifying limitations of an interracial duo who seem to move in two very different directions upon their breakup. Dawnie Walton blurs the lines between revelation and realization in a book that witnesses, and really undulates under, the weight of professional and personal secrets, while picking away at the very real desire for American progress with few substantial models for reciprocal American reckoning.”

The event tonight (we’ll embed the video below) was held in a return to the program’s customary in-person occasion at the Morgan Library and Museum on Madison Avenue. Kelly, who returned as moderator of a discussion with four of the five finalists, is also a contributing editor at The Atlantic and the author of two novels from Simon & Schuster’s Gallery Books, The Bullet (2015) and Anonymous Sources (2014).

Omar El Akkad, one of those finalists, was unable to be present, apparently because of a schedule conflict.

We’ll review for you the full shortlist of five finalists for the 2022 Aspen Words Literary Prize, and then follow with the recording of the event this evening.

Formerly an editor at Essence and Entertainment Weekly, Walton has received fellowships in fiction from MacDowell and Tin House, and an MFA from the Iowa Writers’ Workshop. Her writing has appeared in Oxford American, Bon Appetit, at NPR, Literary Hub and Black Ballad.

Born and raised in Jacksonville, Florida, Walton lives in Brooklyn with her husband.

In the recording of the event tonight, you’ll first hear from Brodeur as she opens the evening’s presentation and reception.

This is Publishing Perspectives’ 77th awards-related report produced in the 78 publication days since our 2022 operations began on January 3.

More from Publishing Perspectives on international book and publishing awards programs is here. More from us on the Aspen Words Literary Prize is here, more on the American book business is here.