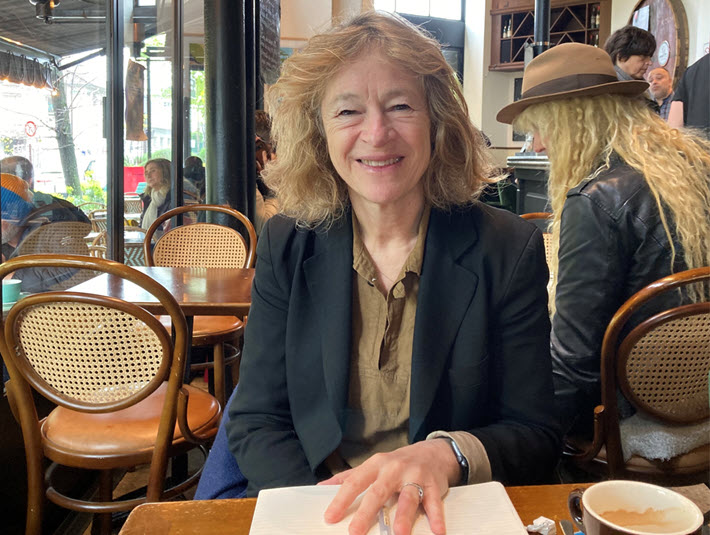 ‘Being an Editor Is In My DNA’

In late August, four debut novels are scheduled to launch during France’s most important literary season. They’ll have been shepherded through the writing and publishing process by Catherine Nabokov, a one-of-a-kind newcomer in France’s now-established stable of literary agents.

“If I’m in the business, it’s thanks to him,” Catherine Nabokov says, adding that she grew up reading his manuscripts and the industry magazine Livres Hebdo.

She began her career as an editor for publishing houses including Stock and Le Seuil, but then struck out on her own as a freelance editor and began to look for and nurture talent. 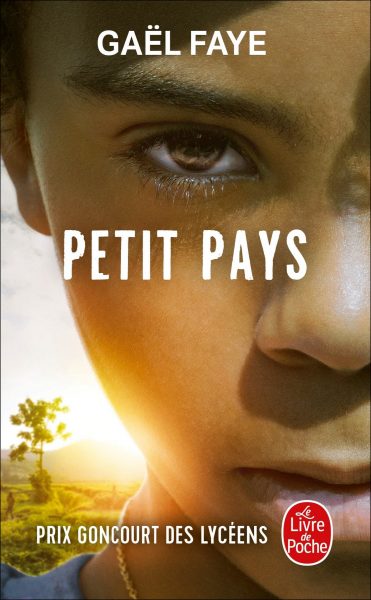 Following the success of singer-songwriter Gaël Faye’s 2016 Petit Pays (Small Country), Nabokov says she now trusts her intuition. The book won the Prix Goncourt des Lycéens among other prizes and was translated into nearly 40 languages before being made into a 2020 film directed by Eric Barbier. Nabokov had contacted Faye after listening to his lyrics and worked with him for several years before selling his debut novel to Grasset on the strength of 15 pages. Faye is currently at work on his next novel.

Nabokov says she’s reminded of Faye by journalist Feurat Alani, an author she has been working with for three years on a first novel.

Alani, of Iraqi parents, began tweeting about Iraq in 2016 and a production company created an animated Web series taken from his tweets. A graphic novel followed from Nova Press in 2018, winning the Prix Albert Londres in 2019. Nabokov recently submitted 30 pages of Alani’s novel to publishers and five of them bid on the work-in-progress, a story about a father and son. It’s now slated for publication with JC Lattès in 2023. 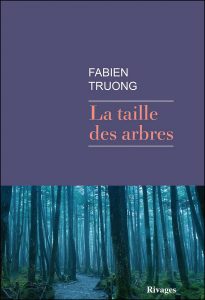 Another of Nabokov’s authors, sociologist and professor Fabien Truong, is working on his first novel following the publication by Rivages of a nonfiction work in February, La taille des arbres (The Height of the Trees).

Nabokov’s way of working closely with her authors recalls Janklow & Nesbit agent Rebecca Carter’s decision in 2012 to leave Penguin Random House’s Harvill Secker because she wanted to nurture talent and work with writers on editorial. But Nabokov doesn’t sell her authors’ foreign rights as a typical agent would. She entrusts that job to her fellow agent Gregory Messina or else to the acquiring publishing house—because it’s something she says she simply doesn’t know how to do.

“Being an editor is in my DNA,” Nabokov says. “I go around and find people, discover them, I prospect. The difference is that when I was working for publishing houses, I received manuscripts, and now I go see a person.”

It was an editor, Sarah Rigaud at Les Escales, who helped her make the jump to becoming an agent. “One day [when still a freelance editor]. I was talking about the fact that it was complicated to be so close to the authors but to then be paid by their publishers. I felt like it was an ambiguous position. Sarah then said, ‘But actually, you’re an agent.'”

By becoming an agent, Nabokov could “do what I knew how to do.” Moreover, she says, “As an editor you have to have a certain coherence in your choices to suit a collection or the house, whereas here it’s my taste—which gives me great freedom.”

Nabokov also looks to music and cinema to find talent. Musicians “have a link to writing,” she says, “and I have a sample of what they do. My imperative is to be captivated by someone’s artistic talent.”

One such author she represents is Rose-Marie Ayoko Folly, whom she saw in a 2019 prize-winning documentary, L’Époque, directed by Matthieu Bareyre. “Seeing Rose and her way of speaking, which is incredible,” Nabokov says, “I immediately saw her potential for writing.”

‘Today, Jacques Brel Would Have Written a Novel’

Nabokov’s work with authors will often take several years, and for now she has 14 writers and some 20 to 25 projects in development.

“Right now, I’m reading 10 pages a week with five or six authors and working on the texts. “Catherine Nabokov

Many of her authors are young, and a great number are from ethnically diverse backgrounds with double cultures. These choices aren’t a coincidence, she says, as she has an affinity for multiculturalism. She sometimes thinks about expanding the agency, but for the moment it’s important to her to remain available for her authors and keep the same editorial quality. She has retained a habit acquired during lockdown days of having regular video meetings with authors.

“When I accompany writers,” she says, “it can be several hours a week working on the text or we can meet every 15 days. Right now, I’m reading 10 pages a week with five or six authors and working on the texts. I love doing this. I think I’m one of the few agents who guide people in this way.”

Her hard work is paying off, with those initial four debuts in August going to prestigious publishers. “The four texts are very different,” she says. “One is very urban, describing the life of a young woman. Another is nostalgia and emotion. And two others have elements of fairy tales.”

Since her father began in the profession, Nabokov says certain barriers in publishing have been broken down. “Today, Jacques Brel would have written a novel. And I would have gone and contacted him.”