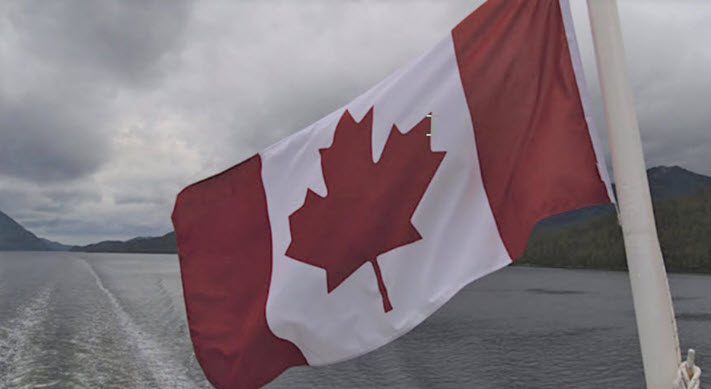 On one of the many ferries that work the waters of British Columbia in western Canada, November 16, 2021. Image – Getty iStockphoto: Timon Schneider

More than 10 years after Canada’s Copyright Modernization Act of 2012 rendered the nation a worldwide symbol of copyright-legislation mismanagement and publishing-industry damage, key stakeholder organizations this weekend (April 10) in both English- and French-language Canada are cheering what appears to be relief from Ottawa at last. 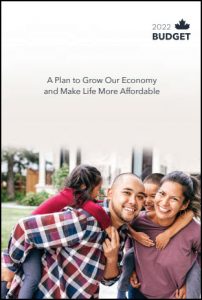 In its federal budget released on Thursday (April 7), the government is signaling a commitment to amend the copyright act “to ensure fair compensation for creators and copyright holders as part of a sustainable educational publishing marketplace.”

Those young parents on the cover of Budget 2022 (PDF) clearly have something to grin about: Their kids’ use of copyrighted educational materials may, once more, contribute properly to the income of Canada’s authors and publishers.

As recently as December, our readers will remember, a Publishing Perspectives roundtable of international specialists on this disastrously misguided legal framework shared a bleak outlook and a lot of exhaustion, having watched their efforts in the Canadian legal system and the court of public appeal go largely unanswered.

At that time, it was estimated that English-language Canadian publishers and authors had been deprived of a sum totaling nearly C$200 million (US$159 million) in lost licensing revenues.

It would  be four more months before the federal budget would include these two sentences for sore eyes, describing proposed legislative action on of “Amendments to the Copyright Act”:

“The government is committed to ensuring that the Copyright Act protects all creators and copyright holders.

“As such, the government will work to ensure a sustainable educational publishing industry, including fair remuneration for creators and copyright holders, as well as a modern and innovative marketplace that can efficiently serve copyright users.”

At the crux of the issue, and in plainest terms, the Modernization Act was written in such a way as to prompt many educational systems in English-language Canada to reproduce and distribute copyrighted content for study while largely gutting the requirement of a small per-student fee (C$2.41) for fair use of such material in curricula. It was understood that educational content for Canadian students was simply being created outside the market, as many Canadian writers and publishers realized that they simply couldn’t stay afloat with their work being utilized without payment.

At the crisis’ most regrettable moment in February 2018, the world watched, stunned, as many English-language school boards and ministries of Canada actually sued their country’s own English-language nonprofit copyright collective representing the creators and publishers for those legally established copyright fees required to pay the publishers and authors of the curriculum content used to educate Canada’s students.

Now, it seems, the parliamentary wheel of fortune is turning in a better direction and that much of the arduous public-hearing program of 2019 on the matter may yet have its crucial impact.

If anything, the applause now greeting the news is tinged with one consistent appeal: hurry, do it now, time is of the essence.

The budget “is a heartening sign that this call has been heard,” says Access Copyright in easily the most upbeat press communiqué the embattled agency has issued on the matter. We’ll give you the bulk of the very succinct text delivered to the news media by the agency and then add lines from other stakeholders’ comments, as well.

“For over a decade, creators, and publishers from across Canada have been denied payment when their work is copied in schools outside Québec, which has brought the industry to its knees.

“Ten years is an  impossibly long time to wait to be paid and our creators and publishers can’t hold on any longer. In  recent months, they have been calling on the federal government to take urgent legislative action to  ensure that they stand by their promise to protect creators’ livelihoods and amend the Copyright Act.

“Yesterday’s federal budget is a heartening sign that this call has been heard.

“Currently, schools and post-secondary institutions outside of Quebec copy over 600 million pages from books, newspapers, and magazines for free each year at the expense of our nation’s creators,  publishers, and cultural industries.

“If creators are not paid when their work is copied, there will be fewer books available in our classrooms  and a greater likelihood that Canadian students will learn from materials created outside of Canada.

“On behalf of the creators and publishers we represent,” says Access Copyright president and CEO Roanie Levy, “we would like to thank Minister of Canadian Heritage Pablo Rodriguez and Minister of Innovation, Science, and Industry François-Philippe Champagne for ensuring a commitment to amend Canada’s Copyright Act was included in yesterday’s federal  budget.

“It is absolutely critical that they put  forward legislation as soon as possible so that our nation’s creators and publishers can continue to  create the stories that offer the world a window into the hearts, minds, and creative excellence of  Canadians.”

“Access Copyright looks forward to working closely with Ministers Rodriguez and Champagne as they  work to implement the necessary amendments to our Copyright Act. “

In comments for the media from the Association of Canadian Publishers, the leading English-language publishers’ association in Canada, we read that the organization “welcomes the tabling of Budget 2022, which confirms the government of Canada’s commitment to ensuring that the Copyright Act protects all creators and copyright holders …

“Amendments are urgently needed to restore a functioning marketplace for the sales and licensing of educational materials, and to create the conditions that will encourage investment in future Canadian learning resources.

Executive Kate Edwards calls for Canadian Heritage’s support for “key writing and publishing funding programs to be given increased budgets, with special emphasis on the Canada Book Fund.

“The Canadian Book Fund,” she says, “serves as essential infrastructure for independent Canadian publishers, and by extension the writers they publish. The government’s commitment to increase the fund’s budget is a vote of confidence in the program and in our industry. We look forward to seeing its implementation at the earliest opportunity.”

The Canadian Book Fund, it’s reported, has had no budget increase for more than two decades.

And the publishers’ association president, Ruth Linka, says, “Our ability to invest in the high-quality resources educators are looking for—and that Canadian students deserve—has been compromised over the last 10 years. Copyright reform is urgently needed so that Canadian publishers can better serve our readers, and continue to invest in the work of Canadian writers, illustrators, translators, and other creative professionals.”

The Writers’ Union of Canada

In its statement, the Writers’ Union of Canada, led by John Degen, writes of its congratulations to Chrystia Freeland, the minister of finance, “and the federal government on delivering a progressive budget that recognizes the unique recovery and sustainability needs of the arts and culture sector in Canada.”

The union’s “pre-budget recommendations to minister Freeland included following through on the government’s promised increase to the Public Lending Right budget, and the immediate amendment of the Copyright Act in order to repair the damage to the cultural economy from unregulated educational copying of published works.

“The union is extremely pleased to see an extra C$50 million in recovery funds for the department of Canadian Heritage and the Canada Council for the Arts, the ministry and agency responsible for Public Lending Right. We will watch for the promised Public Lending Right increase to be implemented in this fiscal year.”

The union “has worked hard over many years for recognition of the need for sustainable marketplace repair,” says Rhea Tregebov, chair of the writers’ organization.

“We’re grateful to ministers Freeland, Rodriguez, and Champagne,  our sector colleagues, and all government partners and contacts who have listened and responded.”

More Comments From the Publishing Community

The Canadian Publishers’ Council’s president, David Swail, refers to the crisis, aptly, in terms of “crisis dysfunction” writing to the news media, in part, “We have been waiting for years for the government to clarify the intent of its Fair Dealing for Education  provision introduced in the Copyright Modernization Act of 2012. 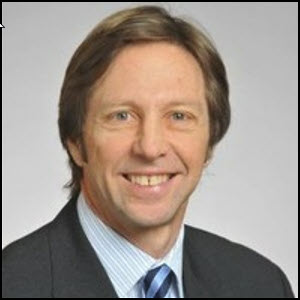 “The significant market disruption and dramatic decline in creators’ compensation have been highly damaging outcomes of poorly worded  legislation, and this budgetary statement signals that, at long last, the confusion and market dysfunction  will be addressed,” Swail says.

“We are encouraged by this commitment to  Canada’s creative sector, and we applaud the government for its intent to address these concerns. We  also support its parallel commitment to extend the general term of copyright protection, per the terms of the Canada-United-States-Mexico Agreement.”

And while French-language Canada found its way to an agreement on the issues of the Copyright Modernization Act quite early, it’s compelling to see some of the Quebecois organizations joining the reactions this weekend.

From Suzanne Aubry, the president of the Union of Québec Writers, for example, we read, “Copyright is not a tax … This right determines the main remuneration of writers.

“The exception for educational purposes introduced 10 years ago in the law has led to too much loss of income.”

“ANEL, like a multitude of book stakeholders in Canada,” the organization’s media messaging says, “has participated in the numerous consultations launched by the Canadian government in recent years, recalling on each occasion that the book sector was suffering greatly from the repercussions of a law on the right to ill-crafted author.

“The exceptions to the educational fair dealing principle of this law alone will have deprived authors and publishers of much-needed revenue.

“Publishers and authors share the same goals: they want a regulatory framework that protects copyright owners while encouraging the creation and use of Canadian content in an efficient, cost-effective, and fair manner.

“Since the amendments made in 2012, the act has become a complex web of exceptions to copyright that no longer allows rights holders to benefit from real protection for their creative work and to enjoy the long-awaited income from marketing, exploitation, or use of their works.”

And now the world watches.

Few copyright battles have captured the world’s attention as has this bungled legislation 10 years ago. The fact that it occurred in one of the industry’s top book-business markets, one of the West’s most progressive democracies, has made it all the harder to understand.

How the government acquits itself now that it has enunciated its commitment will tell the truth of how Canada honors—or doesn’t—its internationally admired literary talent pool and publishing industry.

More from Publishing Perspectives on the Canadian market is here, more from us on the Copyright Modernization Act is here, and more on other copyright issues in world publishing is here.