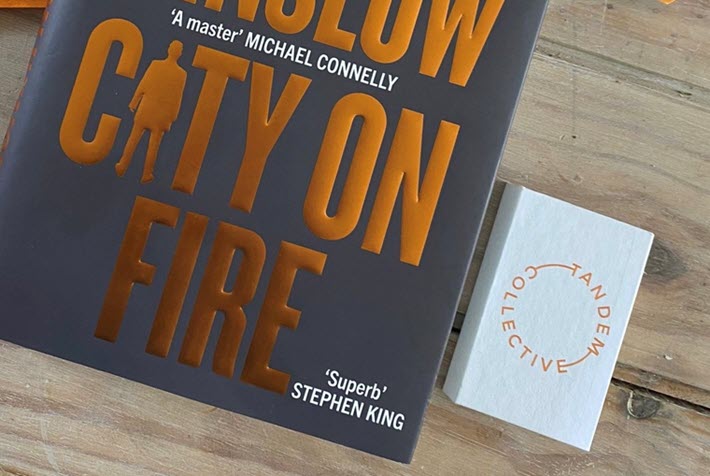 As Publishing Perspectives readers know, there’s a lot of excitement among many in book marketing today about the subset of TikTok called BookTok and its potential to generate book sales.

And a potentially informative marketing project is opening today, one that could bring more data and traction to the excitement.

HarperCollins has hired Naomi Bacon’s UK-based digital marketing agency called the Tandem Collective to create a “read-along’ format for a new release—the read-along being a form of social reading in which prompts are delivered to participants on various social media, asking them to engage in the work in some way.

Indeed, when the United Kingdom’s Publishers Association released its 2021 book sales report on Thursday (April 21), BBC News went to work on a story about just that: TikTok Helps UK Book Sales Hit Record Levels, Publishers Association Says. In that story you read, “The organization said four of the top five young adult bestsellers in 2021 had been driven by the BookTok trend. They included hit titles like They Both Die at the End and We Were Liars.” 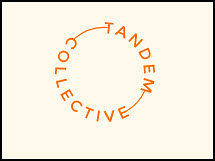 Outgoing association CEO Stephen Lotinga was quoted in that story, saying “Anecdotally, we’ve had lots of individual booksellers talking about the fact that they’re having lots of young people coming into their book stores, talking about books that they have heard about on TikTok and asking for them.”

And when Waterstones chief James Daunt spoke to the 2022 Mauri School about progress in bookselling, he referred to a new fluency in social media—including TikTok—as being something that his booksellers were learning to leverage.

“Be that email marketing, be that our TikTok pages or Instagram pages—or indeed how we present our Web sites, themselves—and many of the things that we’ve traditionally done in our stores,” Daunt said, “we find now that we can find a much bigger audience by doing them as online events: Clubs, talks, podcasts, all of these things can be communicated from a shop to a far wider audience.” 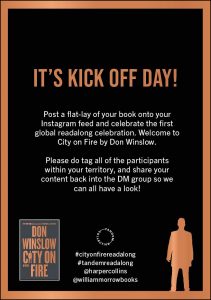 Clearly, this sounds like a welcome trend after so many years of concerns that physical bookstores, as much as they’re loved by print fans, weren’t easily finding ways to tie into the online dynamic. And no one wants to see such channels of consumer outreach to be anything but successful, of course. The more powerful books’ sister entertainment media become, the more important it is for the kinds of linkage Daunt is describing to be forged.

At the same time, however, when the BookTok boosters begin cheering, you frequently will find some publishing professionals who may seem more quietly enthusiastic than effusive about the discussion, which–as Lotinga is pointing out–still is described frequently in anecdote. Some might be remembering those years when BookTubers on YouTube were thought to be dancing up the stairway to marketing heaven.

There are parallels. Both the YouTube dynamic and its BookTubing influencers were playing primarily to a youthful demographic coveted by many elements of the wider entertainment infrastructure. While books were able to capture the zeal of many young fans, so were films, so was television, so was music, so was gaming, and so on. These social media (still a plural word, actually) generally are operated most readily, as we know, by younger consumers and even those of us who are a few years older than the target sector can recall how much staying power we had in our younger years for anything, particularly a feature of popular culture.

And there’s another phenomenon that frequently trends along with these inflection points: overkill. This is not just germane to the publishing world, of course. It can be seen in anything, and especially in entertainment marketing, which is why we suffer years of every fad from zombies to police procedurals. When publishing spots an avenue to sales, it logically runs down that road—who wouldn’t?—and eventually the intersections are clogged with the interests not only of other media but also of the book world’s own ability to flood the zone with a promising approach. 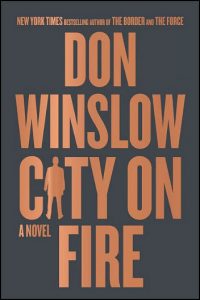 These are reasons to welcome what might be learned from today’s opening of what’s being termed a “global read-along” centered in social media. “Global” here—as almost always—means international, not global, which is something that encompasses the entire world. This does reach 11 territories, a handsome span of regions for an exercise in book marketing. And the read-along concept is of course well known. Tandem Collective has operated many of them, as well as “cook-alongs,” “listen-alongs,” and “watch-alongs.”

The event is centered on today’s HarperCollins release (April 26) of Don Winslow’s City on Fire, not to be confused with Knopf’s publication in 2015 of City on Fire by Garth Risk Hallberg.

At 384 pages, the book is described by the publisher as the first volume of a contemporary crime trilogy based to some degree on Homer’s Iliad and Odyssey, and Virgil’s Aeneid. Less nobly named than Achilles and Odysseus, one Danny Ryan is the hero of Winslow’s work.

Today, a read-along message reads, “It’s Kick-Off Day” and you’re requested to “post a flat-lay of your book onto your Instagram feed,” tagging “all of the participants within your territory” and sending (in social-ese “sharing”) your content “back into the DM group so we can all have a look.”

Call and response, right? Churches in the southern United States know this technique. Only unlike that Sunday morning service, this program is capturing the participants’ engagement by collecting those “shares” that come in on direct messages.

Multiple hashtags are being employed—#cityonfire #tandemreadalong #harpercollins #williammorrowbooks—and here are more “question cards” waiting to be used along the way to nudge consumers along and keep them engaged.

Bacon: ‘A Shared Love of Books’

As you can see, this technique plays on the two-way dynamics of social media, which aren’t only about communicating an interest to others but also about calling others’ attention to the communicator. Not for nothing selfies, right? Comments from principals in the project are full of such lines as “We can’t wait to see what the readers will come up with,” broadcasting not just a good read from Winslow but also motivation for the readers to display their output.

It’s a bit like asking Helen of Troy to show up with her receipts.

The structure of the project is ambitious. This read-along is being operated in seven languages, according to media messaging, and deployed in these territories:

Reportedly, there are 12 “multilingual campaign managers” attached to the operation, whose work is expected to engage “250 international Bookstagrammers and BookTokers in the 11 territories in a collective and immersive reading experience.”

The campaign is to feature “DM (direct message) groups for private discussions, exclusive videos, audio clips and chats with the author; daily reading guides; background information on the book shared via QR codes; a Q&A with the author via IG Live (Instagram Live) and exclusive content shared via Whatsapp,” per press information about the read-along. “For TikTok, Tandem will be working with influencers in all territories with a strong focus on fans of crime and thriller novels, who will be challenged with creating videos based on the content of the book.” 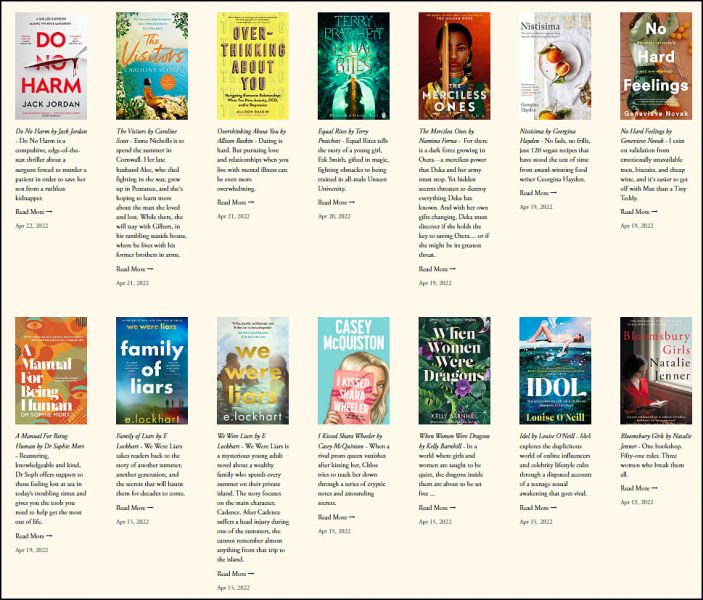 Some prior read-along campaigns produced by Tandem Collective.

Here’s a point that many who are curious to see how this goes will want to watch carefully: “Over the course of two months” starting today, the project says, “Bookstagrammers will be creating flat-lays, reels, stories and will be responding to creative challenges for organic user-generated content. At the same time as creating [international] conversations, they’ll be sharing geo-targeted retail links and content.”

That two-month time frame may be the most challenging part of the effort. Is the idea to engage a given user throughout? If so, two months is a long time, especially in a world that experiences so much entertainment on a binge basis. Two months from now will be June 26, when school will be out, vacations will be in, life will be different. 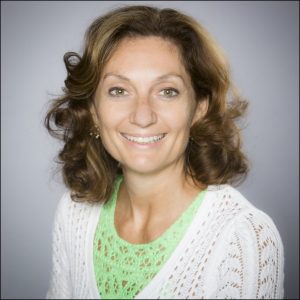 So it is that the projected time-span for the project is another thing that makes this project interesting to watch, along with so many other factors. Can such a broad come-hither across so many cultures sustain its appeal in such a fast-shifting environment as today’s media-saturated experience? Perhaps the readers will actually like a long run, a way to hang onto one event of this kind for stability. Or maybe they’ll be swept away by summer films, proms, and commencement ceremonies.

For HarperCollins, Chantal Restivo-Alessi, chief digital officer and CEO for international foreign languages, is quoted, saying, “We are thrilled to join forces with Tandem Collective to host this read-along for Don Winslow’s City on Fire. We can’t wait to see how fans around the globe engage with the event.”

You may remember Bacon’s name from 2013 when her work on a Pan Macmillan marketing campaign was up for a FutureBook Award in London. 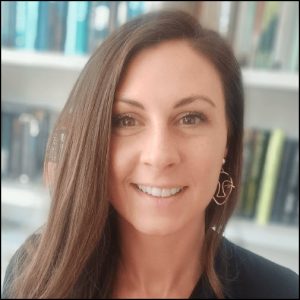 Here, she’s quoted today, saying, “Since our first read-along in 2016, it has been my long-term ambition to create an [international] and multilingual community around a shared love of books.

“Seeing the read-along cards translated into multiple languages, being privy to DM groups of Bookstagrammers based” in many parts of “the world, and watching the team’s collaboration and excitement is a dream come true for me.”

And Laura Di Giuseppe, who is Tandem’s project manager, says, “This activation requires a deep knowledge of the digital content creation market in each territory, and authentic connections with local Bookstagrammers and BookTokers. … 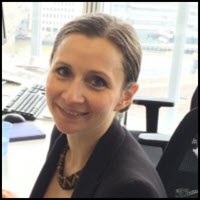 “We can’t wait to see all the creative reels and stories posted by the community as they immerse themselves in Don Winslow’s contemporary Iliad.”

And what many in the industry can hope for is a report on how this interesting effort in cross-cultural marketing for a multinational release actually goes. The kind of input that could be really valuable might include:

A quick look just at Tandem Collective’s recent read-alongs shows you how much experience Bacon and her team have with this approach. They know what they’re doing and they obviously have the ability to tap into a lot of data based on what happens with this unusually broad, international effort.

The more metrics they and HarperCollins may be kind enough to feed back to the industry, the more helpful it will be for everyone in assessing how the current enthusiasm for BookTok and other platform-driven marketing can be utilized–without that saturation factor eventually siphoning off these channels’ effectiveness.

More from Publishing Perspectives on book marketing is here, more on HarperCollins is here, and more on (various) social media is here.