A Welsh award program based at Swansea University, the Dylan Thomas Prize has a six-title shortlist representing authors from four countries. 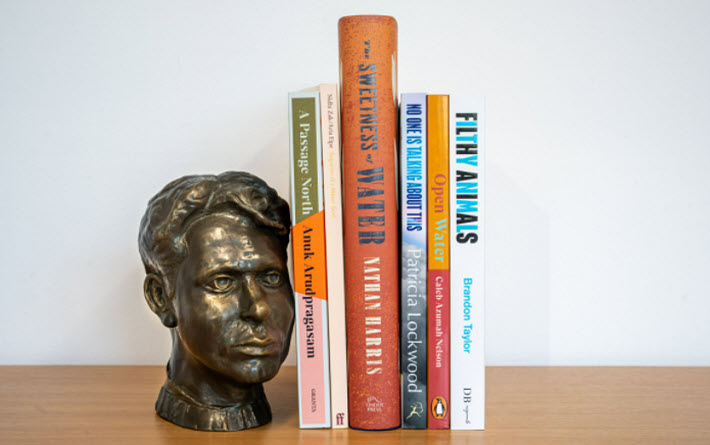 A Winner’s Announcement Is to Come on May 12

On Friday (April 1), we had news that Hiroshi Hayakawa has won the show’s Lifetime Achievement Award. That more timely news (because of the fair’s impending opening) took precedence over the previous day’s announcement of a shortlist from the £20,000 (US$27,042) Dylan Thomas Prize, a 16-year-old program for writers who are 39 or younger—the age at which the eponymous poet of Swansea died.

To refresh your memory, this program, founded in 2006, has as its main competition for attention in the media London’s Young Writer of the Year program from the Sunday Times and the Charlotte Aitken Trust. That one awards £10,000 to its winner and its age cutoff is 35, four years earlier than the Dylan Thomas.

From that 12-title list, the prize regime now has named its six-book shortlist of four novels, one poetry collection, and a short-story collection under a banner of “under-represented international voices.”

Certainly, the recognition here from international markets is welcome, but these authors may not be voices as “under-represented” as the organizers of the Dylan Thomas Prize seem to assert in their media messaging.

On the contrary this list includes some of the most successful writers in various recent years’ writing contests, and the background material provided on each (and in many cases indicated by our own coverage) makes this clear. 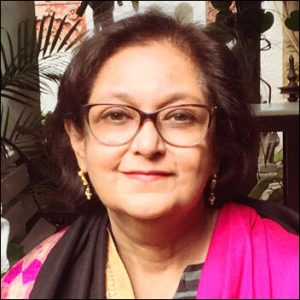 In a prepared statement, Gokhale is quoted, saying, “The longlist for the 2022 Swansea University Dylan Thomas Prize was one of the strongest.

“The jury has whittled this down to a shortlist riveting and compelling on so many levels.

“It presents a rich diversity of accomplished young and debut voices, and their explorations of the poetic, the historical, and the contemporary.”

An announcement of the 2022 winner is anticipated on May 12, shortly before observations in Swansea and elsewhere of International Dylan Thomas Day. It would be interesting to hear a report some weeks afterward as to what impact on sales has been detected after the announcement of a winner in this competition, as in all book and publishing awards.

This is Publishing Perspectives’ 67th awards report published in the 65 days since our 2022 operations began on January 3.