When we read works of translated fiction, we rarely think about the numerous exchanges that go on before publication between the translator, author—providing they’re alive—and the editor or publisher.

In a panel called The Good, the Bad, the Ugly: Translator-Author Relationships on Tuesday (April 5), the opening day of the 2022 London Book Fair, translators Kari Dickson (Norwegian to English) and Nariman Youssef, (Arabic to English) discussed with moderator and translator Clare Richards (Korean to English) their relationships with authors—for the most part good, but sometimes less so.

The idea for the panel came from translator Sawad Hussain (Arabic to English), after a difficult experience with an author that she was able to manage with the help of her colleagues and the Translators Association, a group housed in the London-based Society of Authors.

After speaking to her fellow translators and community members, Hussain said, “I realized that so many translators are going through difficult relationships with authors. You can have a wonderful relationship with an author, but no one talks about the not-so-good times.”

As co-chair of the Translators Association committee, Hussain was given the chance to come up with a panel for this week’s trade show. “I thought it would be a great opportunity for translators at London Book Fair to hear from experienced translators about how they’ve navigated difficult author relationships,” she said, “and what the lessons were that they learned.”

Clare Richards began moderating the session by asking Dickson and Youssef about their initial contacts with authors when they begin a translation.

Dickson said she’s very lucky and has never had to pitch an author she’d like to translate to a publisher. Publishers get in touch with her through Norwegian Literature Abroad (NORLA). Once Dickson gets a contract, she’ll ask the publisher how she should contact the author, and when she does, she then asks, for example, if that author would like all the questions she has in one go, or if he or she prefers questions as she works.

“Some authors say they don’t want any contact,” Dickson says. “Others, I have a working relationship with, especially when I translate several of their books.”

Contrary to the comparatively straightforward way Norwegian literature is exported to the United Kingdom, the process isn’t so smooth with Arabic language books in translation, Youssef said, because of a lack of structure—a scarcity of literary agents, funding, and distribution.

She said she often gets in touch with an author, herself,  to tell her or him that a book looks interesting. The author will send her the book. Youssef will then pitch a publisher. For this reason, Youssef usually communicates with authors at an early stage.

“Some interactions have resulted in in-depth collaborations,” she said, while “sometimes there are only a few questions, and short answers.”

‘I Try Not To See Authors as Friends’

Authors don’t always understand how the translation process works, Youssef said.  She and Dickson agreed that when the author is also a translator, it makes the process go much more smoothly. 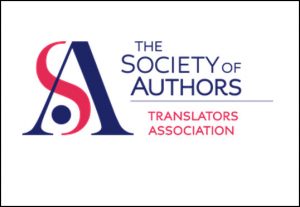 Dickson described how one author entrusted her with fact-checking a book before she began the translation and thanked her for reading the book so closely.

Youssef said that overall she’d been fortunate in her relationships with authors. Early this year, she worked with an author on a philosophical short story, in the magic realism genre. She asked if she could speak to the author.

“We had an amazing conversation via Zoom,” she said, the author sharing a lot of information about the inspiration for the book, “which gave me an idea about the author’s world. The author wasn’t possessive about the text and allowed me to work with it in a way that made sense to me.

“The process was collaborative, and I had freedom in the final output.”

Dickson said she’d had one bad experience and one ugly one.

The bad one was peculiar, she said, because she got along very well with the author. They’d worked on three or four books together, at which point the author “began to get possessive of me as [a personal] translator” not wanting her to “work on anything else.”

Dickson extricated herself from the relationship and, as a result, “I try not to see authors as friends,” she said. “It was a learning curve.”

In what she thinks of as her “ugly” experience, she’d finished a translation for a major publisher, sent it in, and “They loved it,” she said. “I didn’t hear anything for a long time.

“I wrote to the publisher because I hadn’t been paid. The author had decided he didn’t want to work with me. The publisher said I could keep the advance payment, but they didn’t pay me for anything else. It was mortifying.

“I thought my career was over. When I started talking about it, I realized that so many people have similar experiences. I felt shame but there was solidarity. It helped me to rebuild my confidence to talk to other translators.

“As a translator, I realized that I was on my own and couldn’t take on a big publishing house. It was shocking.”

Youssef described a situation in which a book she’d translated was being republished. No one had considered seeking her permission or giving her a contract.

“I got in touch with the publisher and said the rights had reverted to me. There was a feeling that I was being the difficult one. It was unsettling. The Translators Association helped me with clauses for the contract.

“If we patiently communicate our positions as translators, it can go a long way—it falls to us to educate publishers and authors.

“Translators are at the bottom of the food chain. There was no reason for not giving me a contract. I wanted some recognition, not necessarily to be paid but to have my name on [the book], to revise it. It worked out well in the end but there were many points in between when I’d have given up if I hadn’t spoken to other translators.”

It comes down to personality, Dickson said.

“You might feel you’re having your boundaries crossed by one person whereas with another you might not feel that way. It’s about understanding and respect and it’s dependent on interpersonal relationships.”

It can be difficult to set rules and stick to them, Youssef said.

“Sometimes the editor steps in and when the editor is helpful that’s great. Sometimes it’s best to keep a distance but you can miss out on fruitful exciting collaborations as well. I don’t think there’s an easy answer.”

Translators will joke that the best authors are dead, said Dickson, but Youssef added that working with estates can also be tricky.

In relating her own experience and impetus for organizing the panel, Hussain said that while she was going through her “harrowing” experience with her author, “I felt very alone, and I felt like it was a reflection of my worth and my work as a translator. But after having spoken to my fellow community members, I realized that so many translators are going through difficult relationships with their authors. That’s not to say you can’t have a wonderful relationship with your author.”

Hussain said that Catherine Fuller—the Society of Authors’ projects manager and senior contracts adviser—was “instrumental in helping me work through the entire process, helping me negotiate with the publisher and responding professionally to a degrading situation.”

Dickson and Youssef agreed that running contracts by the Translators Association and keeping track of bad situations that arise can be useful in avoiding future difficulties. Communicating among fellow translators is priceless.

More on London Book Fair, which ends today, is here.