Ready for free downloads, this is the fifth year of Amazon’s World Book Day giveaway in international literature, including seven translations.

‘Explore Somewhere New From the Comfort of Home’

Today (April 14), the company is announcing that its fifth-anniversary iteration of this special project in world literature has gone live on all of Amazon’s international sites, and with an expanded timetable.

Publishing industry professionals and consumers this year have until the end of April 27 Pacific Time (GMT minus eight hours) to download up to 10 Kindle editions of significant and influential cross-border reads at no charge—that’s a 15-day run of the offer instead of the usual 10 days for this internationally giveaway.

In the past four years, APub, as Amazon Publishing is called, has given away more than 5.5 million free Kindle books, received by more than 1.2 million unique readers in at least 190 countries and territories. This is all part of what the company calls its “ongoing effort to promote diversity in storytelling and connect people through story despite differences in language, country, or culture.”

This year’s offer is particularly rich, both linguistically and geographically, with books from four continents–Africa, Asia, Europe, and South America. Indeed, counting this year’s 10 titles, the company in its five years of the #ReadTheWorld annual campaign has featured 47 books from 28 countries.

Only Antarctica is not represented among the continents and—as Publishing Perspectives readers know—the Crossing imprints carry their arctic tern logo because that small, hardy bird’s range encompasses effectively every part of Earth from which one of Amazon Crossing’s languages may be read.

This year, six new countries are represented in the mix:

In an interesting development, the collection this year includes three works originally written in English from markets outside Amazon’s home base in the United States, each published by Crossing’s sister imprints Little A, Lake Union, or Thomas & Mercer. 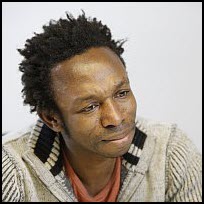 In talking about finding his book on the heavily read World Book Day #ReadTheWorld curation, Umar says, “I’m honored to have my memoir North to Paradise included in Amazon Publishing’s 2022 World Book Day giveaway … I hope the story of my own cross-continent journey from Ghana to Spain, the trials I encountered along the way, and ultimately the kindness I found in humanity even at my darkest moments will help readers on their own journeys of discovery and widen their perspectives about people from cultures different from their own.”

It’s pointed out to us that Umar is the founding president of NASCO Feeding Minds, a nonprofit organization dedicated to providing Ghanaian youths with digitally supported education, in part to address the migration crisis at its source.

A part of the program’s effectiveness is its use of disused computers and laptops. “We create information and communications tech (ITC) classrooms in rural areas of Africa,” the organization says.

And in the tradition of Amazon Crossing’s and Amazon Crossing Kids’ work, the intent under the editorial direction of Gabriella Page-Fort is to find and translate good stories where they are. That means they may be found not just in literary fiction, the traditional focus of translation houses, but in genres right across the board.

Like that tern, Amazon Crossing flies across all reading frontiers.

This willingness to play the audience where it lies–offering translated crime drama to police procedural fans, for example–is one of the reasons that Amazon Crossing now stands as the world industry’s biggest producer of translation. 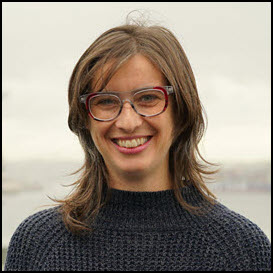 In a comment for Publishing Perspectives today, Gabriella Page-Fort, editorial director of Amazon Crossing, says, “I’m thrilled to be celebrating five years of Amazon Publishing’s World Book Day giveaway and for readers to have access to our most diverse selection of free Kindle books yet.

“One of my personal favorites this year is Tunisian author Yamen Manai’s moving allegorical novel The Ardent Swarm, translated by Lara Vergnaud, in which we learn that sometimes you need to travel far to solve seemingly local problems. I can’t think of a better read to commemorate this holiday, which never fails to demonstrate for me just how connected we all are across continents, cultures, and languages.

“I love every book on the list,” Page-Fort says, “but these are just a few others that I’m excited for readers to experience.” She mentions Umar’s North to Paradise, as well as “Farhad J. Dadyburjor’s Lambda Award finalist The Other Man, a charming gay rom-com, and The Easy Life in Kamusari by Shion Miura, translated by Juliet Winters Carpenter, which introduces us to a simpler way of life in a Japanese mountain village.

“I hope readers will enjoy the opportunity to explore somewhere new from the comfort of home,” Page-Fort says, “with all 10 of these transporting tales.”

Timeliness and Subscriptions: Translation on the Rise 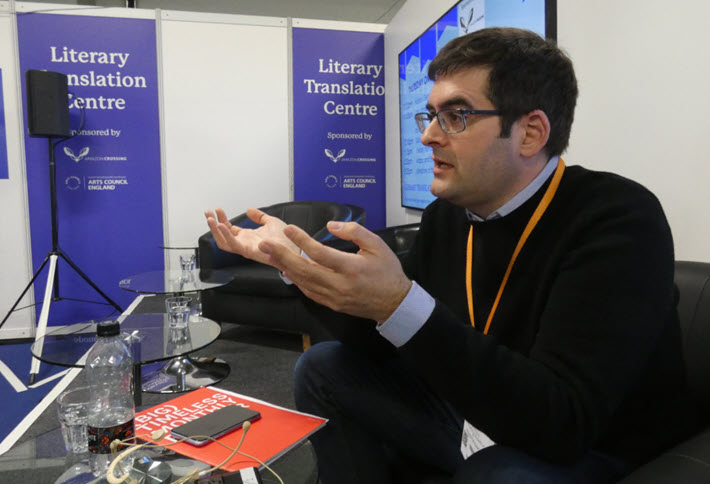 There probably is no bad time to offer the world 10 strong works of international literature free of charge. But several features of timing make this year’s giveaway particularly welcome.

For one thing, the moment in 2022 reflects more clearly than usual the original UNESCO campaign that has given its name to the event since 1995. The observance is actually is titled (emphasis ours) World Book and Copyright Day.

We’ve reported this week that the big news around the copyright element of World Book Day is what promises to be a major break in the 10-year struggle in Canada for many publishers and authors to regain traction as copyright stakeholders. The newly released Canadian federal budget in Ottawa pledges that “The government is committed to ensuring that the Copyright Act protects all creators and copyright holders.” That kind of acknowledgment of a deep copyright legislation problem has come amid a loss of some C$200 million (US$159 million), according to publishers.

At London Book Fair on April 7, Eoin Purcell, the head of APub for the United Kingdom and Germany, told a Literary Translation Centre session moderated by Publishing Perspectives that Amazon Crossing and its children’s imprint are aligned in both credit and payment for translators.

Amazon Crossing credits translators not only on English-language works but also in the other languages in which it works, he said.

“And our model is built on both and appropriate royalties for translators,” where a book meets contractual sales levels.

In talking to his audience of translators and other industry visitors at London Book Fair, Purcell stressed the importance of subscriptions in helping consumers try translated work. Amazon’s First Reads program, for example, this month includes:

Obviously, the value to a subscriber is that there’s little to no risk of outlay on a specific title. Purcell is right that it’s the safety of a subscription that may encourage a consumer adventurous in translation to follow Crossing’s tern.

Lastly, it may be good to add a bit of disambiguation. British readers don’t know April 23 as their World Book Day. The date was changed in 1997 in the United Kingdom and Ireland. At that point, April 23, when the rest of the world observes World Book and Copyright Day, was exchanged for March 3. The change was made reportedly to avoid conflicts in UK and Irish dates around the Easter holidays and St. George’s Day.

Elsewhere, if you say “World Book Day,” you’re generally understood to be talking about something on or near April 23.

Amazon’s program again this year runs on both sides of the 23rd to allow readers time to download their books even after the actual World Book and Copyright date itself. 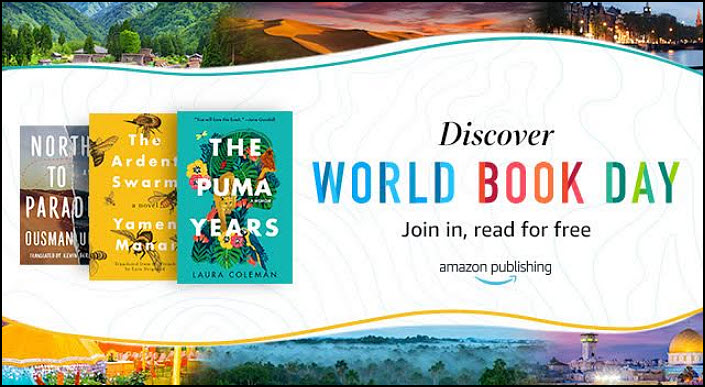