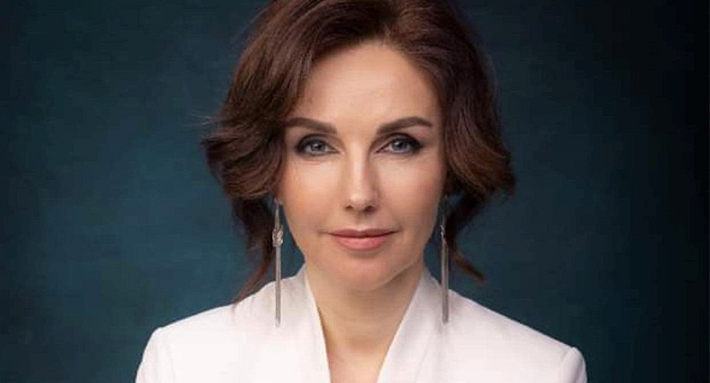 Interview: Julia Orlova, CEO of Vivat Publishing in hard-hit Kharkiv, says, ‘We are more unified than ever.’ 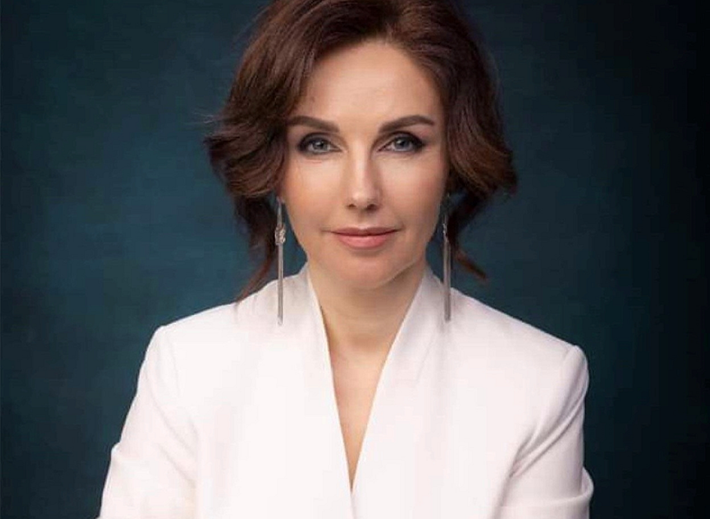 ‘It’s Some Kind of Insanity’

Julia Orlova is in no mood for Russian euphemisms in her interview with Publishing Perspectives about Vladimir Putin’s acts of war against Ukraine.

“I would like us to name everything as it is,” the CEO of Vivat Publishing Orlova says today (March 1). “Russia has announced this war to Ukraine. Yes, the war, not ‘special operation.'”

The publishing house Vivat is based in Kharkiv, Ukraine’s second-largest city some 25 miles from the Russian border.

Update, March 2: Early reports from NBC News indicate Kharkiv on Wednesday is under fresh attacks, having suffered repeated assaults on Monday and Tuesday both to residential housing and to Svobody (Freedom) Square. The Guardian’s Martin Farrer and Luke Harding report Russian paratroopers landing and “heavy fighting in Kharkiv … At least 21 people have been killed and 112 wounded in shelling in Ukraine’s second most populous city, the regional governor has said.”

Galina Padalko, Vivat’s communications director, says to us, “We are actually in Kharkiv now. We are in the epicenter of hell.”

And in her extensive interview with us, Julia Orlova talks about the hour-to-hour strain under which she and her associates are living and working.

“Our staff has been working remotely,” she says. “Everyone has been at home. During the air alarms we try to go down to the shelters if possible. Of course, this situation is not physically and mentally healthy at all. One of my colleagues had a heart attack because of explosions and horrible volleys. Another colleague said that missiles had fallen near the house, smashing windows and burning four cars in the yard.

“It’s hard to accept that all these things are happening in the 21st century,” she says.

“Please, do not put up with it. Please do not get used to it.”

‘Forced To Stop the Sense of Our Lives’ 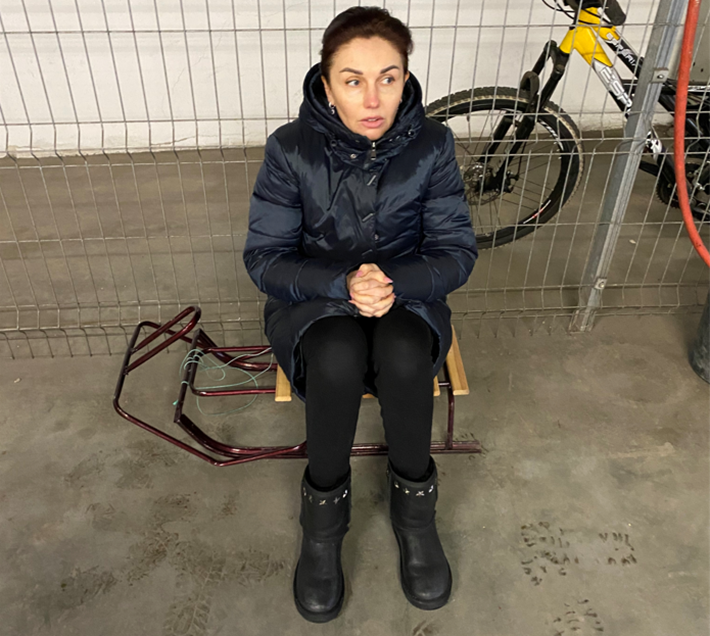 Vivat CEO Julia Orlova has provided Publishing Perspectives with this photo of herself, seated on a child’s sled, taking shelter in Kharkiv. This photo was taken, she says, three days after the shot you see at the top of this article. Image: Vivat Publishing

“We, the Ukrainian publishers, booksellers, translators, editors, all of us in this industry, are forced to stop the sense of our lives, the publication of books.”Julia Orlova, Vivat Publishing

Orlova is among those in Ukraine who want to see the international community isolate Russian cultural players in parallel to the political, financial, and legal isolation being orchestrated by member-states of the NATO alliance, the European Union, and other nations.

“We insist,” she says, “on a cultural ban of Russia. Just as so many countries are now isolating the aggressor financially, we are asking everyone to help us make a cultural break.” (See today’s article on statements issued by Frankfurter Buchmesse, London Book Fair, and Bologna Children’s Book Fair.)

“The Russian Federation has launched a shameful military attack on our country,” she says. “Just imagine, in 2022, missiles attack residential neighborhoods, kindergartens, and hospitals in the center of Europe. We, the Ukrainian publishers, booksellers, translators, editors, all of us in this industry, are forced to stop the sense of our lives, the publication of books.

“We can no longer go to international exhibitions, festivals, fellowships. So we believe that it would be fair to ban the participation of the aggressor country, Russia, and even the participation of individual Russian publishers. It’s unfair that Ukrainian publishers, because of Russian aggression, are now forced to give up their professional activities and defend their homeland with weapons in their hands or to sit in shelters, while Russian publishers will be able to attend exhibitions and international forums, fellowships, and other events.

“Because the Russian Federation is violating international treaties and social norms,” she says, “it would be dishonest not to react to such actions.”

As do most Ukrainian publishing players with whom we’re in touch, Orlova reiterates a common concern in-country that international colleagues and friends may not understand the stark reality that Moscow is perpetrating acts of war on a democratic sovereign nation that has not provoked the violence. “We support the main message of the ministry of culture of Ukraine,” Orlova stresses.

“The Russian Federation is the aggressor. Its activities in the field of culture are toxic. Don’t be an accomplice.”

‘To Help the Common Cause’

From the Vivat Publishing home page

In terms of Ukraine’s self-defensive efforts, “There has been announced a general mobilization in Ukraine, yes,” but the citizenry doesn’t need to be ordered to take up arms, Orlova says.

“We provide electronic versions of books for children who are now staying with their parents in shelters.”Julia Orlova, Vivat Publishing

“I would like to emphasize that people voluntarily go to the Territorial Defense Forces,” Ukraine’s military reserve wing of the armed forces, “standing in long queues to be able to defend their country on the ground. Those who cannot take a direct part in active actions because of their health,” she says, “or those who are women or adolescents, become volunteers. For instance, in our house, people have organized to protect themselves from looting by enemy Russian soldiers.

“Almost all of us are in public chats,” she says, “which are aimed at helping the army and the population during the war. I’m currently a mentor to the All-Ukrainian Business Community Board. There are representatives of various spheres of business, and each of us is now trying to help the common cause. Someone brings mats to the subway, someone establishes the logistics of food supplies. We are more unified than ever.

“And what we’re doing as much as possible,” she says, “is informing the world community about the war in Ukraine.”

One reason that Orlova and many in Ukraine are concerned that the truth of Putin’s stark aggression may not be clear is that Russian disinformation is moving on social media. This is why, for example, Facebook and TikTok have banned Russian state media in Europe, as reported by Elizabeth Dwoskin and Cat Zakrzewski at the Washington Post.

“We’ve received certain messages,” Orlova says, “in the style of, ‘Hold on, Putin will soon free you from Nazi troops.’

“It’s just some kind of insanity, an absurdity that many Russians believe. This absurdity must be refuted by all means. Today, on all fronts, the Ukrainians have united in a single powerful force that is thwarting Russia’s occupation plans.”

The resolve is unmistakable in her words, steely and determined: “There’s not a person who hasn’t helped the army and civilians today. It is simply impossible to stay away.”

‘The Love of Books Has Been Rejuvenated’

Vivat, Orlova’s publishing house, has been in operation in the Ukrainian market for eight years. As one of Ukraine’s biggest houses, it averages 400 to 450 new titles annually and has a total circulation of 1.5 to 2.5 million copies,” she says. By the end of 2021, the company had published more than 17 million units.

“After our victory, Ukrainians will need a lot of new Ukrainian books.”Julia Orlova, Vivat Publishing

As Orlova puts it, “Every second inhabitant of Ukraine has a book published by Vivat.”

She also says she’s confident of Ukraine’s book market. “Our financial results show steady growth,” she says. “We are constantly improving our publishing portfolio. We not only seek out and buy the rights to world bestsellers, but we also publish books by Ukrainian authors and many children’s books with illustrations by Ukrainian artists.”

Her publishing house’s key mission is to promote reading, she says, and “That’s the reason why we use hardcover, ebook, and audiobook formats.”

Piracy is an issue for the industry. “The problem in Ukraine is the large number of unauthorized Web sites,” she says. “That’s why the protection of electronic content is very important. We publish our ebooks only on protected platforms. Ideally, we aim to publish each book in three formats.” 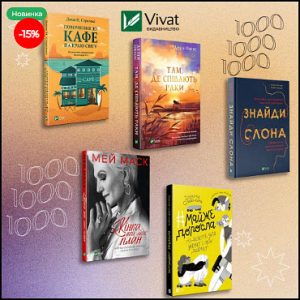 One of Vivat’s curated selections of books costing 1,000 hryvnia–this one ‘for the whole family.’ Image: Vivat Publishing

And she talks proudly of how Ukranians have responded to a recent government subsidy. At the initiative of the president, Volodymyr Zelensky, “Every vaccinated citizen of Ukraine was made eligible to receive an electronic 1,000 hryvnia (US$33.29)  Any citizen could spend these funds on certain categories of goods, including books. More than 30 percent of our people spent this money on books.” In a clever marketing move, you can see Vivat offering curated selections of books for 1,000 hryvnia.

Assessing the industry at this point, of course, is difficult.

“Before the war,” she says, “the total value of the book industry’s business in Ukraine was 1 billion hryvnia (US$33.3 million).” Although the Russian invasion has shaken the nation and its book market, she says, “The love of books has been rejuvenated. Ukrainians are a reading nation.”

The country has made progress, Orlova says, against competition from the importation of Russian books into Ukraine. Most Ukrainians are bilingual and for years, “We worked in the shadow of the Russian content.”

Initially, Russian translations of popular international bestsellers would out-sell Ukrainian editions, which are more expensive to produce, of course, because the potential readership for a Ukrainian-language edition is smaller than for a Russian-language translation. But since the “Revolution of Dignity” in 2014, she says, things gradually have improved. “Ukrainian book publishing began to experience a kind of renaissance,” Orlova says. “People switched to Ukrainian and this contributed to the flourishing of our book industry.”

Under the Russian assault, of course, she says, the retail prospect for books is badly disrupted, bookstores closed. Kyiv has had curfews imposed for as long as 48 hours at a time. And yet, she says, book publishers are working to leverage their digital capacity as part of their contribution to the war effort.

“We provide electronic versions of books for children who are now staying with their parents in shelters,” she says. “And some of our staff continue to edit manuscripts whenever possible. We try our best not to stop the process of creating books.

“After all,” Julia Orlova says, “after our victory, Ukrainians will need a lot of new Ukrainian books. I am sure that when Russia is defeated, Ukrainian book publishing will experience its second renaissance.” 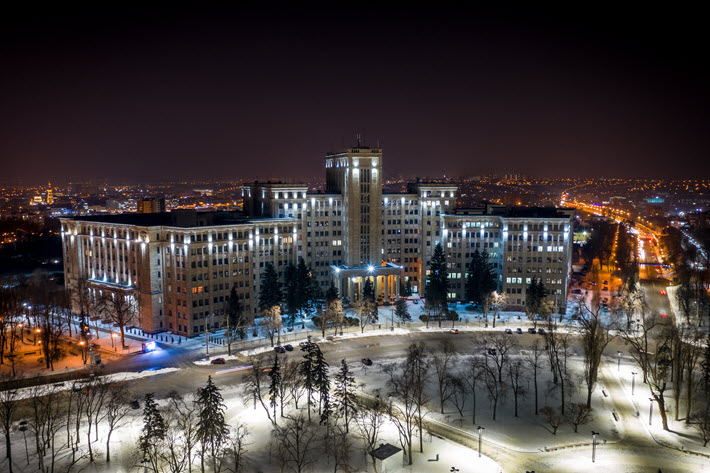 From March 14, 2021, a view in Kharkiv’s Svobody (Freedom) Square of the Karazin Kharkiv National University campus. The square, one of Europe’s largest, was targeted by Vladimir Putin’s Russian army on March 1, the day of this interview. Image – Getty iStockphoto: 3SBworld