On Ukraine: ‘We who have experienced Russian imperialism and aggression’ in the Republic of Georgia; and their French colleagues. 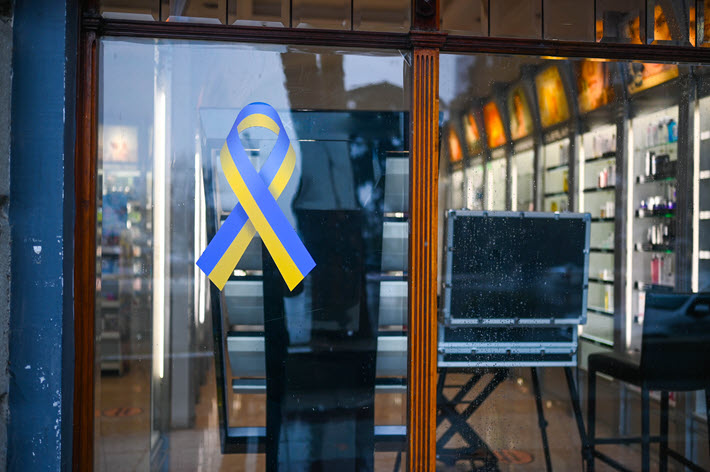 As statements of support are released for Ukraine Vladimir Putin’s relentless siege, some of the most compelling words have come to us from book-business professionals in markets that know Russian wrath first-hand.

Twenty percent of the Republic of Georgia has been occupied by the Russian military since its invasion in 2008. The international community continues to recognize Abkhazia and South Ossetia as occupied territories and has condemned Moscow for its actions there.

Two statements are here today (March 16) from Georgia–one from the Georgian Publishers and Booksellers Association, and the other from the Tbilisi International Book Festival.

From the Georgian Publishers and Booksellers Association

“We, Georgian Publishers and Booksellers—the citizens of Georgia who have experienced the devastating consequences of Russian imperialism and aggression—express our unconditional support for the fight of the Ukrainian people against Putin’s Russia.

“We comprehend that this process requires enormous sacrifice and is associated with human tragedy for every Ukrainian, but we strongly believe that this war will lead to the defeat of the evil empire.

“Georgian people express their full support for the unity and sovereignty of Ukraine through large-scale demonstrations in all major cities of Georgia.

“We condemn the militaristic aggression of the Russian Federation against an independent European country.

“We stand where the civilized world stands: We stand by the brave, admirable warriors–for humanism, education, equality, freedom and a peaceful future.

“Solidarity and victory to Ukraine!”

From the Tbilisi International Book Festival

“In response to an open letter, ‘Stand With Ukraine,’ issued by the leading Ukrainian literary organizations and on behalf of the Tbilisi International Book Festival—the largest publishing and literary event of the Georgian Publishers and Booksellers Association—we would like to inform you that our festival has never collaborated with Russian state organizations in order to organize a Russian national stand, as we never wanted our festival to become a source of Russian propaganda in Georgia.

“It has always been a matter of principle and dignity for us, as we are the citizens of an occupied country.

“Twenty percent of our territories have been occupied by the brutal military operations of the violent Russian Empire twice in the last 30 years, and moreover, we are still victims of Russian creeping occupation. Thus, we only have cooperated with specific, independent Russian publishing houses that have occasionally participated in the Tbilisi International Book Festival with individual stands.

“However, in view of the dire situation in Ukraine today, in protest of the large-scale violence perpetrated by Russia throughout the land of our allies and friends, the team of the Tbilisi International Book Festival has decided to completely terminate cooperation with Russian publishers. We believe that in this harsh reality—when the Ukrainian people are living under bombs and the peaceful future of the civilized world is costing Ukrainians their lives and the lives of their loved ones—it is impossible to separate culture and politics.

“We think that today, as never before, culture has a great duty and responsibility to raise its voice, to become an integral part of world politics, and, to the best of its ability, fight for the support of the Ukrainian people

“Peace and victory to the glorious people of Ukraine!”

A Statement from the Publishers of France

The Syndicat national de l’édition has also issued a statement to members of the international press.

“We, publishers, members of the Syndicat national de l’édition (SNE-France) condemn in the strongest terms the war unleashed by the Russian authorities against Ukraine.

“We are united to support the authors, translators, publishers, booksellers, librarians, and with them all the Ukrainian people—prey to a tragedy that will leave deep scars.

“We also salute the courage of the Russian authors, translators, publishers, booksellers and librarians who, by massively signing an appeal for peace and asking for an end to military operations, have dared to publicly express their opposition to the Russian president.

“This Russian attack, motivated by a form of historical revisionism, destroys the values ​​and founding principles of our humanity.”

The SNE statement concludes with the publishers’ commitment to “freedom of thought and expression” at “the gates of the European Union … a full and complete existence.”

We can add here one note about the French publishers’ reference to members of the Russian publishing industry “massively signing an appeal.”

Publishing Perspectives reported on this appeal, called “Russian Scribes Against the War.” It had gathered more than 1,600 signatures, identifying each person by name and company association. As our report was being prepared on March 4, the list of names disappeared from the appeal’s site.

As Reuters Moscow was reporting at the same time, that was the day on which the Russian parliament passed a law “imposing a jail term of up to 15 years for spreading intentionally ‘fake’ news about the military, stepping up the information war over the conflict in Ukraine.”

It had become, in other words, too dangerous for the “Russian Scribes” to be known after the Duma had laid out a range of punishments for criticism of Putin’s war on Ukraine. 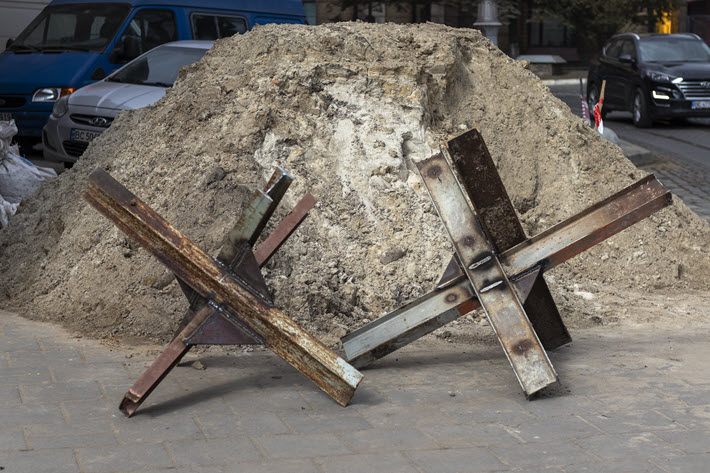 In Lviv on March 10, anti-tank ‘Czech hedgehogs’ made of metal beams by Ukrainians as part of their defense against Russian tanks. Image – Getty iStockphoto: Serhii Ivashchuk