‘People are choosing to speak Ukrainian instead of Russian,” says Maria Galina, a Russian author and poet in Odessa. 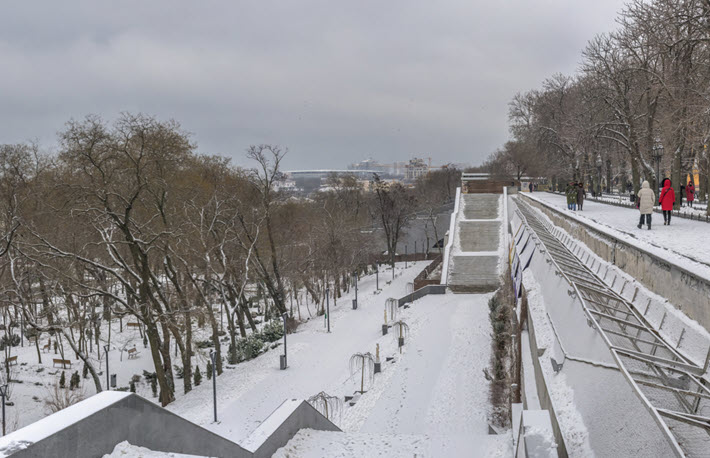 ‘I Wanted To Be With My People’

Maria Galina left Moscow with her husband and two suitcases in January for Odessa, the Ukrainian port on the Black Sea. “We decided to meet the war here,” she says. 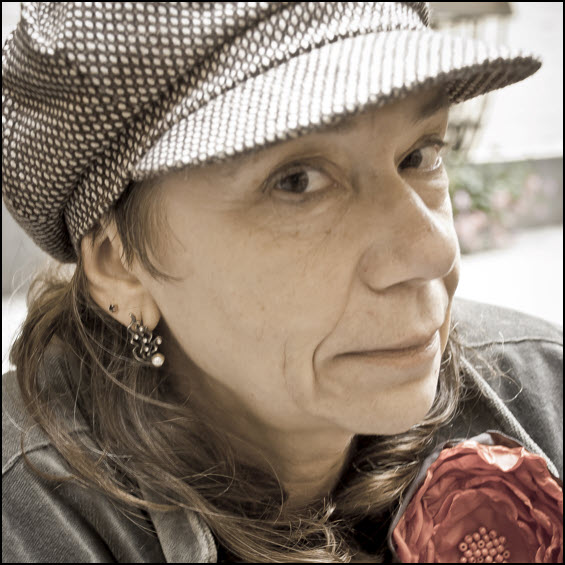 A poet, author, literary critic, and translator from English and Ukrainian to Russian, Galina tells Publishing Perspectives that life still is relatively normal in Odessa, but schools are closed and, as DW News has reported, the city is preparing for imminent battle and a possible siege.

Galina and her husband, both Russian nationals, are of Ukrainian heritage. They’d decided more than a decade ago to return to Ukraine, but were granted residency permits only a year ago. Galina says she was in a hurry to cross the border before it closed. She says she knew war was coming.

“I wanted to be with my people,” she says. “If I stayed in Moscow, I would have felt deep guilt. This feeling of guilt can ruin people.”

Galina, who writes science fiction and teaches master classes on the subject, says that her source of information about the impending war was Russian  speculative trash fiction that she reads for her research.

“Since the Orange Revolution, there has been important trash literature dedicated to war in Ukraine. This speculative fiction was a type of propaganda.” 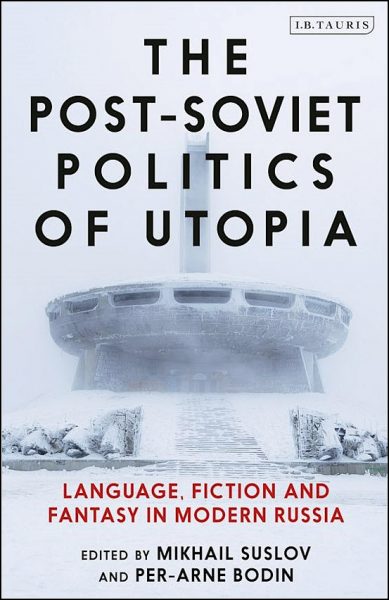 Indeed, in a chapter in the 2019 anthology The Post-Soviet Politics of Utopia: Language, Fiction and Fantasy in Modern Russia (Bloomsbury/IB Tauris, edited by Mikhail Suslov and Per-Arne Bodin), Galina wrote that mass literature is a good barometer of the collective consciousness.

She focuses on two evolving trends in post-Soviet speculative fiction.

The first is purported aggression on the part of NATO and the West toward Russia and former Soviet states, in particular Ukraine. The second is a nostalgia for a “Russian world” with contemporary protagonists who can restore it. Several books describe bringing Crimea and Ukraine back into the Russian sphere. Following the country’s Orange Revolution, 2004 and 2005, a series of 15 novels called Future Wars, subtitled A Field of War: Ukraine, was published by EKSMO/Iausa.

Galina grew up in Kyiv and then Odessa, where she first discovered science fiction in a library, reading Ray Bradbury and the Strugatsky brothers. Unlike such content today, Soviet science fiction then was utopian, “with a promise of a nice future.”

After earning a degree in marine biology, Galina moved to Moscow, where she worked as a scientist and experienced the collapse of the Soviet Union. She then became a poet and fiction writer using the pseudonym Maxim Golitsyn, and later her own name. Galina also worked as a critic for the Russian literary periodical Novi-Mir, specializing in fantasy literature.

In 2003, she was invited as an author to the Portal Science Fiction convention in Kyiv. 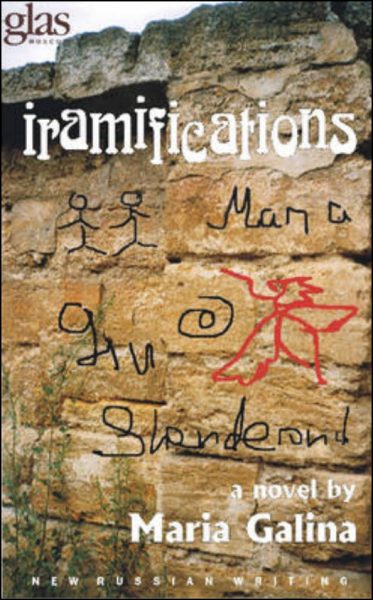 During the first post-Soviet Union years, she says, “the cultural space was the same. People still preferred to publish in Moscow because the audience was bigger. People tried to write in Ukrainian, but it didn’t happen often, it was a new phenomenon. In Kyiv, she felt deeply rooted and began to return each year for the convention, at which she assisted the organizers and became friends.

Galina took an interest in Ukrainian literature, in particular poetry, which she began to translate into Russian.

“Ukrainian literature was developing,” she says, “especially after the Orange Revolution. Young people were convinced they needed their own literature. Literature builds national identity. The evolution of their literature had been artificially stopped during Soviet times. An entire generation of poets was eliminated.”

Under the Russian Empire, the Ukrainian language was suppressed, but in early days of the USSR, Ukraine and its language were given a moment of freedom. In the 1920s, a generation of Ukrainian authors writing in Ukrainian blossomed, producing experimental literature that’s documented in Yurii Lavrinenko’s 1959 The Executed Romance (Smoloskyp). From 1930, however, Stalin quashed Ukrainian once again, repressing, arresting, and executing the intelligentsia.

“I asked the poet Iya Kiva what she was reading, and she said mostly news. There is no time for reflection.”Maria Galina

“The young generation works with free verse,” she says, “taking inspiration from German or Polish poetry, not from Russian poetry.” Some poets, including Iya Kiva (see Katherine E. Young at Words Without Borders)—whose work she has translated into English as a guest editor for the journal Poem—write in both Russian and Ukrainian. Since the assault began in February, however, Galina says the Russian language has become “a trigger,” the language of aggression.

“It’s painful because it’s the language I write in,” she says. “People are choosing to speak Ukrainian instead of Russian—many of my friends who used to communicate in Russian now use Ukrainian. All people in Ukraine were bilingual. Now I think Ukrainian will develop and Russian will shrink. But let’s wait. The problem now is to end the war.”

The Russian language has been a subject of controversy in Ukraine for decades, not unlike the linguistic debates in Catalunya and Québec.

Andrey Kurkov, one of the world’s bestselling Russian-language authors, who has chosen to stay in Ukraine with his family since the Russian invasion began—he communicates frequently these days with French and British radio stations—gave a talk at the Ukrainian Cultural Institute in London in 2018 on the subject of language. Ukraine should take ownership of its own distinct Russian-language culture, he said, and Ukrainian authors writing in Russian are writing about Ukraine, not Russia. 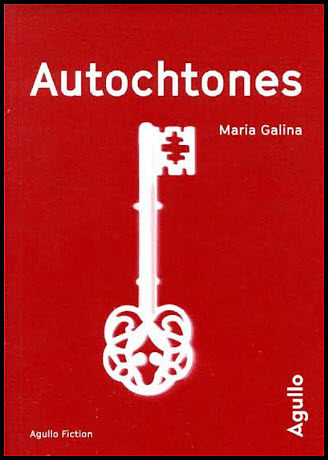 Just before the invasion on February 24, Galina sent her finished poetry collection, her seventh, to her Russian publisher. She is now unsure about the publication.

She continues to give online science fiction master classes to Russian speakers in many parts of the world, but she cannot receive payment because her Russian bank card is blocked.

“I’m sitting like a maniac, obsessively scrolling on my smartphone,” she says. “I asked the poet Iya Kiva what she was reading, and she said mostly news. There is no time for reflection.”

Galina says that she feels she can be useful to the West by talking about Ukrainian culture and literature. As a member of PEN Ukraine, she’s engaged in their campaign of cultural resistance.

Galina says she doesn’t know how she can help spread information about events in Ukraine to Russia, where she says her contemporaries, mostly intellectuals, are already aware of the situation. In a recent interview with Agathe de Lastyns at the French site, Le Littéraire, she said she has kept in touch with Russian authors on social networks.

“Some are horrified by what is happening,” she said. “Many have emigrated so as not to have to share the guilt of their state. Many others are intimidated.”

But otherwise, for “people who watch television as their only source of information, there is huge propaganda, very abrasive and very aggressive. It will take time. We shall see how sanctions will work.” 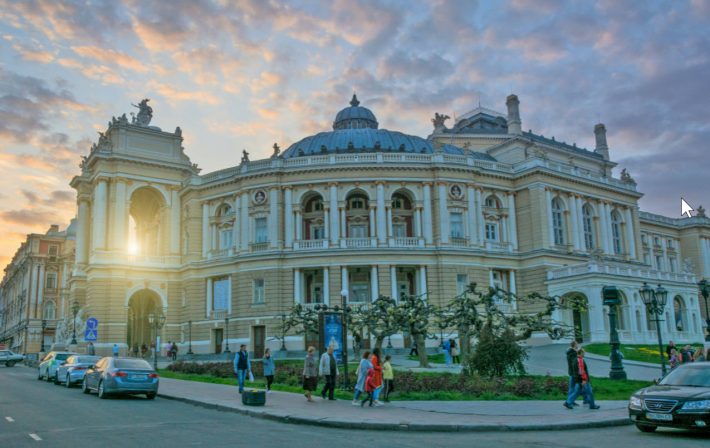