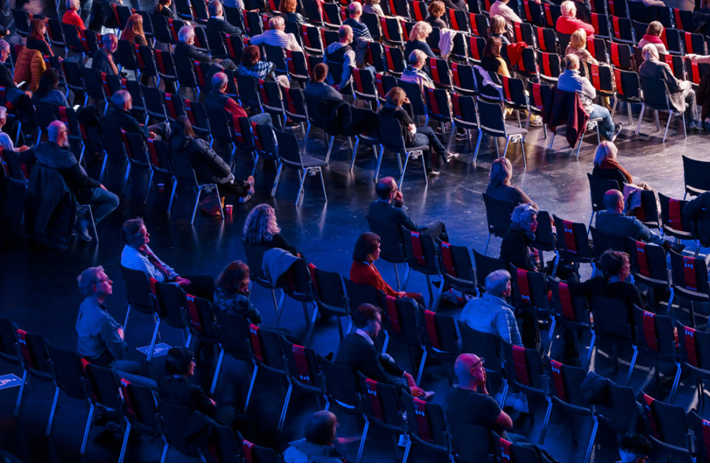 This morning (March 1), we have responses from three of world publishing’s biggest and most influential trade shows.

Their statements are made in response to an appeal led by the Lithuanian Culture Institute, which on Sunday (February 27) called on Frankfurter Buchmesse, London Book Fair, and Bologna Children’s Book Fair “to sever all contacts with the institutions of the Russian Federation and remove Russian Federation national stands from the book fairs in Frankfurt, London, and Bologna.”

That appeal, while led by the Culture Institute, represents a dozen industry organizations including: 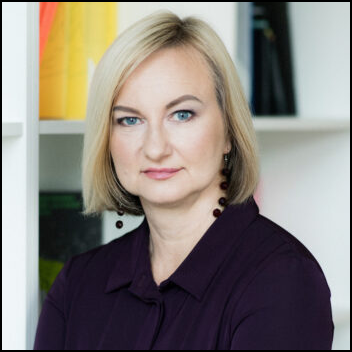 In the text of the appeal, Aušrinė Žilinskienė, director of the Lithuanian Culture Institute, says, “Ukraine is fighting an unprovoked attack, and the entire European cultural community must also fight back with all the means at its disposal. We call on all cultural organizations, artists, and curators to follow our example: Support Ukraine in the international arena, condemn Russian military terror, and demand respect for democratic values.”

The appeal has been made not only to these three major trade shows but also to the network of European Union National Institutes for Culture (EUNIC).

As the trade shows respond, what is in question here, of course, is cooperation with the Kremlin’s state agencies, those that act at the direction of the Vladimir Putin regime, rather than independent publishers, authors, and others who are not aligned with or acting as part of the Russian Federation’s government apparatus. You can see this reflected in parts of these statements that recognize the stress caused to Russian colleagues and friends working outside the government.

In his response to the Lithuanian request, Frankfurter Buchmesse president and CEO Juergen Boos rejects any cooperative efforts with Russian state institutions, including those that might organize a collective stand. Publishing Perspectives understands that no such registration had been put into place for the 2022 iteration of the fair (October 19 to 23), and here is our coverage of Boos’ and Frankfurt’s statement of “great dismay” issued on Thursday (February 24), as Vladimir Putin ordered his military assault on Ukraine.

“The organizers of the Frankfurter Buchmesse strongly condemn Russia’s attack on Ukraine ordered by President Putin.

As Publishing Perspectives readers know from our interview, Andy Ventris is in the run-up to his first in-person staging of London Book Fair (April 5 to 7).

You’ll read “RX” in Ventris’ statement, provided to us this morning. RX is a trademark of Reed Exhibitions Ltd., which produces London Book Fair.

“In a rapidly changing environment, RX is following government sanctions and policies in each territory where we operate.

“By mutual agreement, there is no Russian Pavilion at The London Book Fair 2022.”

Bologna Children’s Book Fair (March 21 to 24), having been the first of the trade shows to mount a digital evocation of itself in 2020, is now working to return this month to its fully physical format at BolognaFiere. Our interview with the show’s director, Elena Pasoli, is here.

Bologna’s statement in response to the Lithuanian Culture Institute:

“The Bologna Children’s Book Fair (BCBF) and its associated brands wish to express their condemnation of Russian aggressions in Ukraine. BCBF can confirm that, with immediate effect, the cooperation with all the Russian state institutions in charge of the organization of the Russian collective stand in the forthcoming fair is suspended.

“BCBF, Bologna Book Plus. and Bologna Licensing Trade Fair have been, and continue to support, the Ukrainian Publishers’ Association and will continue to promote their books, illustrators, and writers in their absence at this year’s event.

“Books across all ages remain a bridge between cultures and never before has the publishing industry, for children and everyone, been more important.”

In a statement released to the news media shortly after this article was published, AIE president Ricardo Franco Levi says, “It’s a painful but necessary decision as a concrete gesture of support to Ukrainian citizenship and to the world of culture in particular which today is suffering from Russian military aggression.

“At the same time,” Levi adds, “we support and applaud the courage of Russian publishers, booksellers, distributors, authors, librarians, and translators, more than 1,000 of whom have signed an appeal” with the Russian Alliance of Independent Publishers and Book Distributors “in favor of peace and for the end of military operations in Ukraine, thus demonstrating their dissent with respect to the choices of president Vladimir Putin.

“We all know how dangerous in conditions like these manifesting and communicating one’s dissent can be. We are aware of, and admiring, so much courage. We are close to them.”