Ten years after its inception, the Yale-based Windham-Campbell Prizes program is uniquely focused on ‘the love of writers and writing.’ 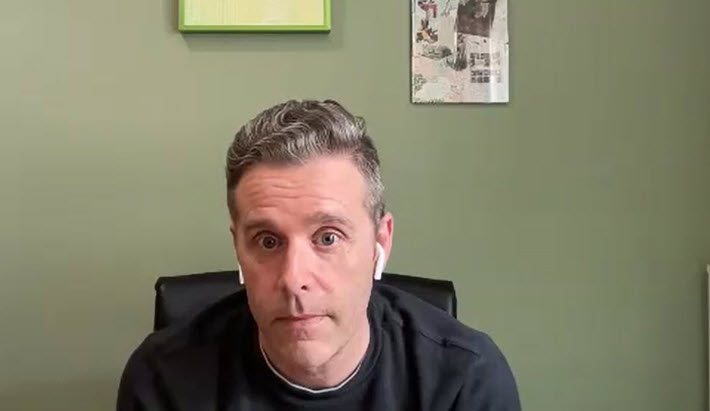 ‘We’re Going To Be Around’

The  Windham-Campbell Prizes program is “a writers’ prize,” according to the program’s founding director, Michael Kelleher. “And it took us like six years to come up with that phrase.”

Laughing in an interview from his offices at Yale, Kelleher has arrived in this, the Windham-Campbell’s tenth year, talking about how many ways the program is not like other accolades in publishing. What makes it unique is what also has made it hard to nail down. And that wry sense of humor clearly helps when you’re looking at such a singular—and singularly valuable—asset for some of the best writers in the world.

“It’s basically about the love of writers and writing,” Kelleher says. “And it’s an incredibly generous gift from one writer to another. And that’s what we want to focus on.”

What do most people know about the Windham-Campbell? The money.

As Publishing Perspectives readers will recall, this is the program—among so many award presenters in world publishing—that annually hands eight grants worth US$165,000 to two practitioners in each of four categories: fiction, nonfiction, drama, and poetry. 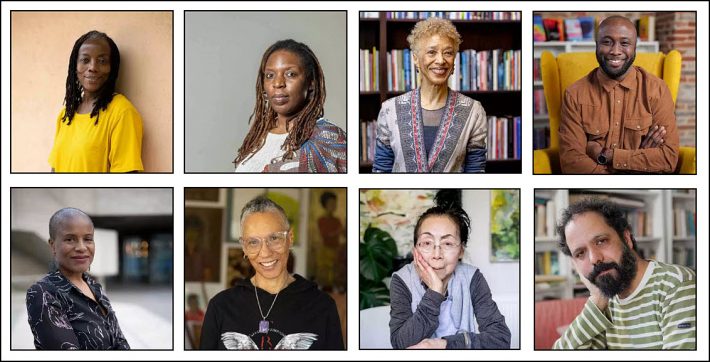 Tuesday (March 29), Kelleher announced the 2022 recipients of those grants. We’ll link each recipient’s name to the Windham-Campbell video about her or his work, the quickest way to get a sense for the significance of these writers.

Immediately recognizable on the list, of course, is Tsitsi Dangarembga, who won the Peace Prize of the German Book Trade in October at the conclusion of Frankfurter Buchmesse, shortly after collecting English PEN’s Pinter Prize.

And here’s Margo Jefferson, the Pulitzer Prize-winning critic and writer whose memoir, Constructing a Nervous System, releases on April 12 from Penguin Random House’s Pantheon, which now is under the direction of the former National Book Award chief, Lisa Lucas.

The London-born dramatist Winsome Pinnock was the first Black woman to see one of her plays (Leave Taking) staged at the National Theatre. Wong May, based now in Ireland, wrote her Picasso’s Tears (Octopus Books, 2014) over a period of more than three decades.

Others on the list may not be as familiar. And that’s fully aligned with the intent of the Windham-Campbell. It’s not a program designed to help sell books with shiny stickers on dust covers at the bookstore. It’s designed to enrich and nourish the life of a writer. It can hand out its $1.3 million in annual grants, in fact, thanks to that “gift from one writer,” as Kelleher puts it.

And its recipients, he says, ” are people who are adding not just to the conversation of the moment but to the to the ongoing conversation about what constitutes great writing.”

‘We Do Things Differently’

The program’s endowment was created from the estate of the late Guggenheim Fellow Donald Windham, folding in a major inheritance from his longtime companion, the actor and model Sandy Campbell who died unexpectedly in 1988 after the couple had discussed the idea of the award. The program’s administration doesn’t have to seek funding for its work. The endowment covers everything.

“I’ll never forget calling James Salter, and he was like, ‘What? Something doesn’t sound right. Send me something in the mail.”Michael Kelleher, Windham-Campbell Prizes

Obviously, the Windham-Campbell Prizes offer something intensely valuable to writers at whatever stage in their careers they’re lucky enough to be recipients: the financial boost and career commendation of being among the very few chosen for such a profound and practical honor.

But this award framework offers something to other prize programs in the publishing world, too, starting with its lack of competition with all the others. Not even the mighty Booker Prize for Fiction or its translation-honoring International Booker Prize is in any way a competitor program to the Windham-Campbell.

Starting with its stealth approach, the program is distinctive. A recipient doesn’t know what’s up until an email arrives from Kelleher asking for a chance to have a video chat.

Kelleher ticks off what doesn’t happen at the Windham-Campbell Prizes, his pleasure in the irony of it all building with each point: “There’s no longlist,” he says. “No shortlist. No competition. And you know, there’s no winner. There’s eight winners.”

One of the defining points here is, as he says, that this is “not a book award. It’s a body-of-work prize. Even if your body of work is one book, right?”

This, of course, “puts us outside of the prize economy,” that traditional structure of the myriad awards issuing jury announcements and press releases at each stage of the selection process. Even the jurors in the Windham-Campbell program serve anonymously, starting with 60 nominators. At two nominees each, the program starts with some 120 nominees each year, all secret.

There is, actually, a shortlist, but it’s one “that nobody knows about,” as Kelleher puts it. A roster of 16 finalists goes to a completely separate committee, which selects the final eight recipients from that group of 16, still entirely in secret. There are two lifetime members of that final selection committee and it includes two Yale professors serving two-year terms. Otherwise, the entire body of jurors in the process changes each year.

“When you bring these different groups of people to the table to have a conversation,” Kelleher says, “that’s what elevates it to its highest potential.” No one, as he points out, can feel confident that “their values are shared by everyone at the table. Because they’re not. The judges have to develop a sort of aesthetic consensus that maybe isn’t wholly in line with each individual member’s personal aesthetic.”

And that, Kelleher says, “is what creates the diversity” that’s a hallmark of the program’s first decade. There are no guidelines on the question of diversity, just an interest in making sure that the nomination and jury table is seated with a broad range of viewpoints for that eventual aesthetic consensus. As Kelleher likes to say, you get diversity when you start with “everyone” in your jury pool. 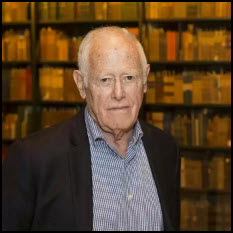 Indeed, one funny story Kelleher tells is about one of the program’s most famous white male recipients.

Kelleher says, “I’ll never forget calling James Salter,” who was a recipient in the Windham-Campbell’s first year, 2013, two years before his death.

“He was, like, ‘What? Something doesn’t sound right.'” Salter was so suspicious of this call from a stranger announcing that he’d won an unrestricted grant of $165,000 that he told Kelleher, “Send me something in the mail.”

If anything, the Windham-Campbell is striking for the way it lets both jurors and recipients off the hook of public tension.

“If you know that everybody’s going to know you’re a judge,” he says, “you’re going to be very cautious about picking somebody that you want to represent you personally as the recipient. Likewise, if people know that you’re the judge, those who didn’t win feel something toward you as a judge. Consciously or not, you know that.”

And among recipients, “To a person,” Kelleher says, “writers tells me, ‘I’m so thankful that I didn’t have to sit through a dinner on tenterhooks, and then lose and smile.'”

‘Unless the World Ends’

All of this means that one of the world’s most valuable honors for writers has spent its first decade of operation in what might seem to be some level of obscurity by comparison to the more traditional competitions.

Kelleher is clear, too, on how easily the Windham-Campbell recipients list can throw a journalist. “Another problem that we cause for somebody like you,” he says to his interviewer, “is that you read all the books on every other shortlist, then we tell you who our winners are and you’re like, ‘Oh, I haven’t read any of them.'”

All of this adds up to a powerful program with a surprisingly low public profile, one that’s ready to soar as the world industry catches on to how unencumbered the Windham-Campbell is in looking for the best work out there. 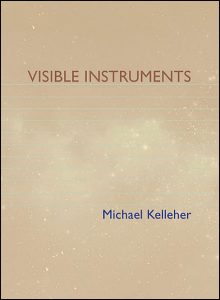 When your program is devised to honor eight bodies of work with eight major cash awards provided to any winner of any age, anywhere and without a word about its operation until the list of recipients appears, “It’s just not as easily compelling or easily graspable,” Kelleher says, as the usual march of the longlists, shortlists, and winners.

Each year, he says, he looks for new ways to gain recognition for the Windham-Campbell Prizes because, of course, a better-recognized honor can mean even more to its recipients’ reputation, much as a McArthur Fellow carries such formidable cachet.

But Kelleher—the former artistic director of the Just Buffalo Literary Center and its Babel lecture series—is a published poet, himself. And something about the profundity of the endowment behind the Windham-Campbell speaks to him. Its stability is another way it stands out in a forest of other programs that depend on sponsors—and sometimes go on hiatus when those funding sources don’t arrive.

“Unless the world ends,” Michael Kelleher says with a perfectly timed and timely pause, “we’re going to be around until the end, right? This prize isn’t going anywhere.

“And we know that over time, people are going to look at this prize, not because of how much money we gave out, not because we had shortlists and longlists, but for the group of people who have been recognized by this prize over the years.”

This is Publishing Perspectives’ 63rd awards report published in the 63 days since our 2022 operations began on January 3.

More from Publishing Perspectives on the Windham-Hill Prizes is here, and more on the many international book and publishing awards is here.